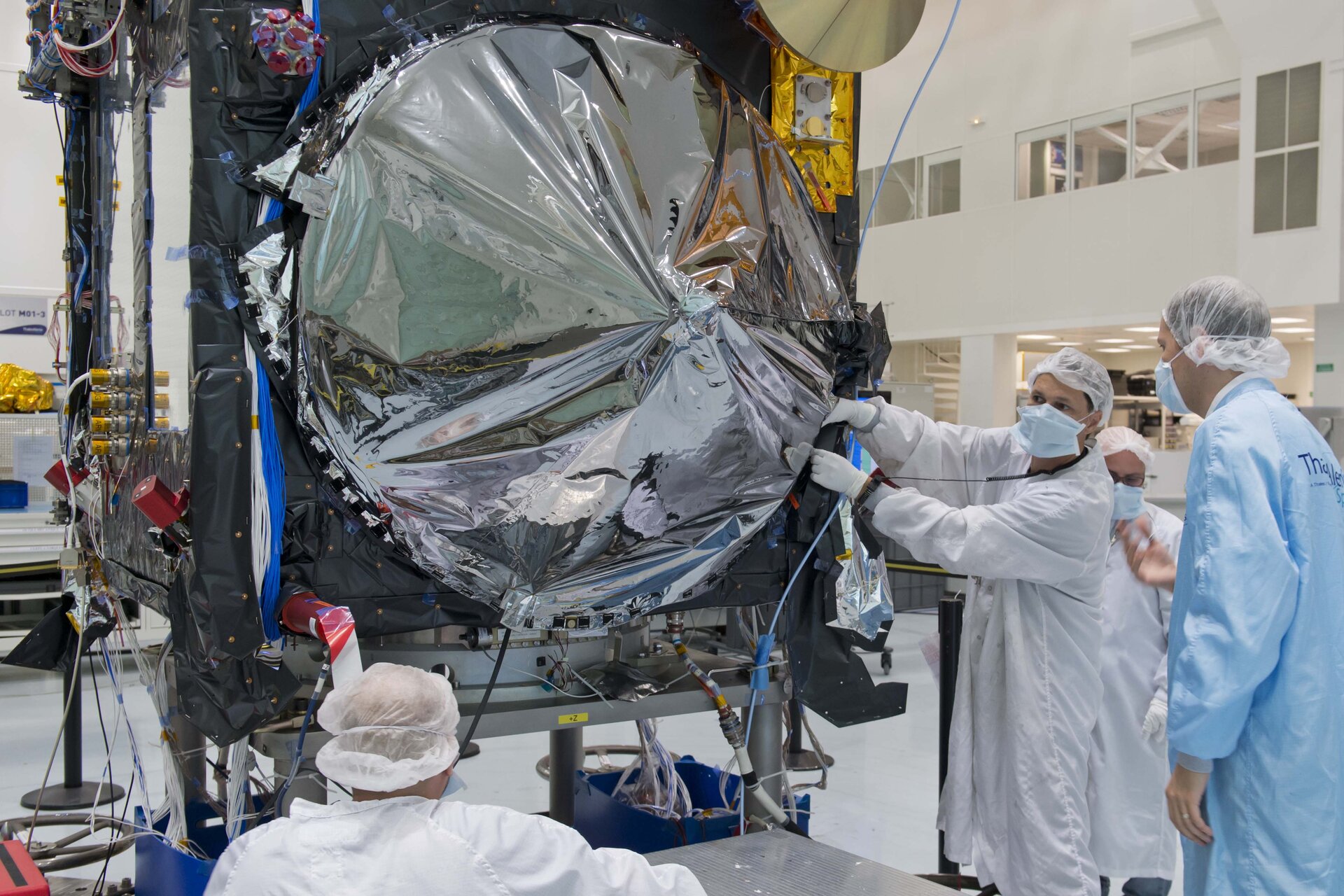 The moment a team of technicians, gowned like hospital surgeons, wraps the Sentinel-3A radar altimeter in multilayer insulation to protect it from the temperature extremes found in Earth orbit.

The appliance of multiple layers of metal-sprayed plastic film with spacers in between is the reason why many satellites being readied for flight end up resembling crinkly-wrapped presents.

These layers help to maintain the ‘thermal balance’ of the satellite within set limits, enabling the electronics to function optimally and preventing any structural deformation from the rapid temperature shifts experienced in the airlessness of space.

This month saw the completion of Sentinel-3A at the mammoth Thales Alenia Space cleanroom in Cannes, France. After this picture was taken, it went on to endure shaker testing to simulate the experience of launch, with thermal testing due for early next year.

After it is launched at the end of 2015, Sentinel-3A will use the antenna shown in the photo to measure the precise contours of the sea surface.

Delivering key information for Europe’s Copernicus programme, Sentinel-3A also carries an ocean-colour and land-imaging instrument and ‘radiometer’ to take the temperature of the sea surface.