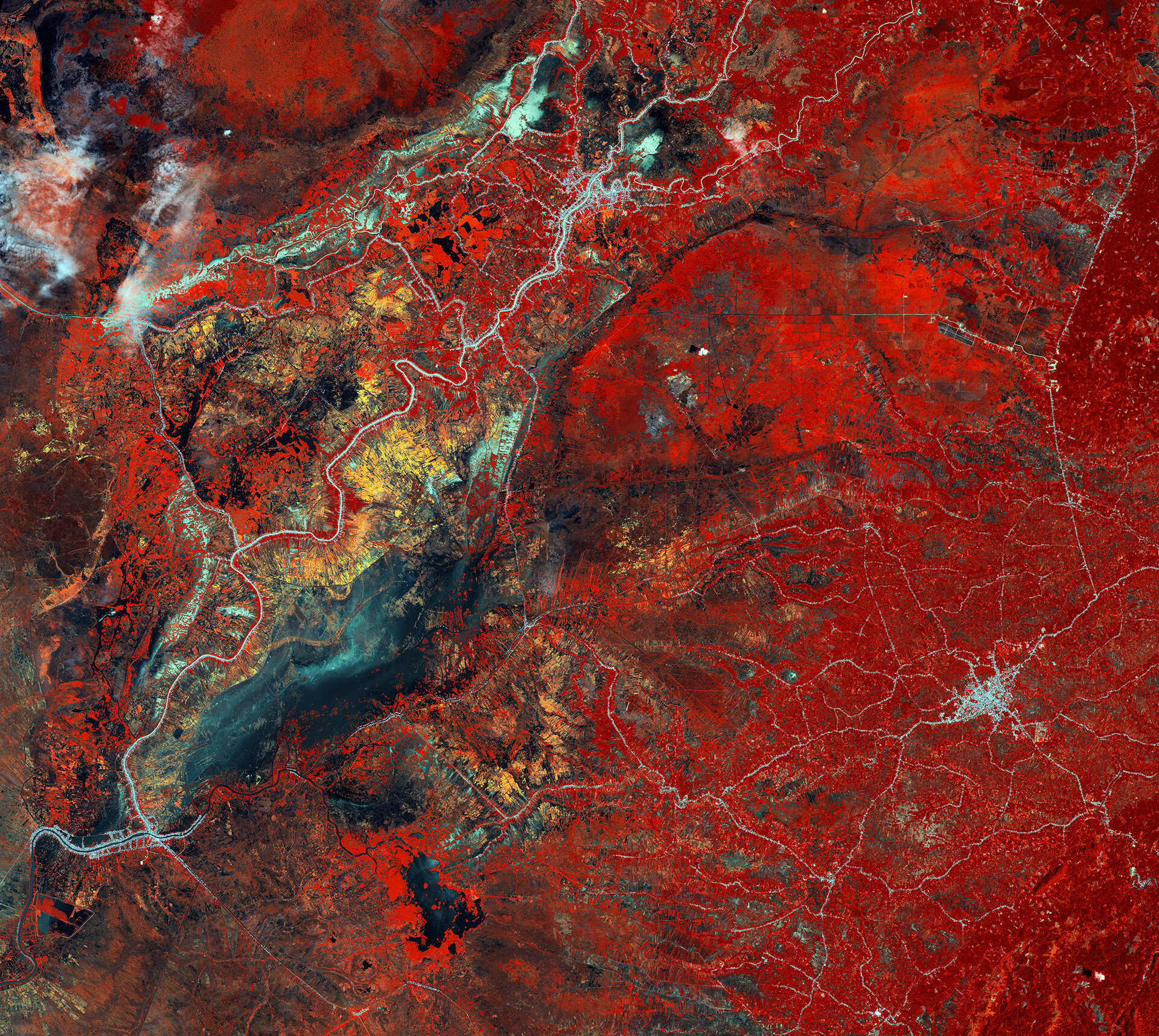 This image from Japan’s ALOS satellite was captured over part of southern Borneo, an island in Southeast Asia.

Politically, the island is divided between Brunei, Malaysia and Indonesia. The area pictured covers part of South Kalimantan province in Indonesia’s territory, with the city of Amuntai in the upper-central section of the image. The network of white lines show manmade constructions such as houses lined up along rivers and roads. Dark blue shows swamps.

False-colour images in infrared provide detailed information on vegetation, such as plant type and health. This information is particularly useful for agricultural monitoring.

Zooming in, we see that the majority of the land in this image is sectioned off into plots. Notice how most of the image is red, while plots near or in the swamps are yellow and orange. This indicates a different crop, possibly rice. Meanwhile, brighter red indicates thicker vegetation.

Mountainous Borneo is home to one of the world’s most diverse rainforests, and its natural resources have tremendous social and economic value at local, national and global levels.

These resources have diminished in recent years through logging, plantation development, mining and forest fires. But Earth-observing satellites are helping to monitor and evaluate the impact of the island’s development.

This image, acquired on 24 February 2010, is featured on the Earth from Space video programme.