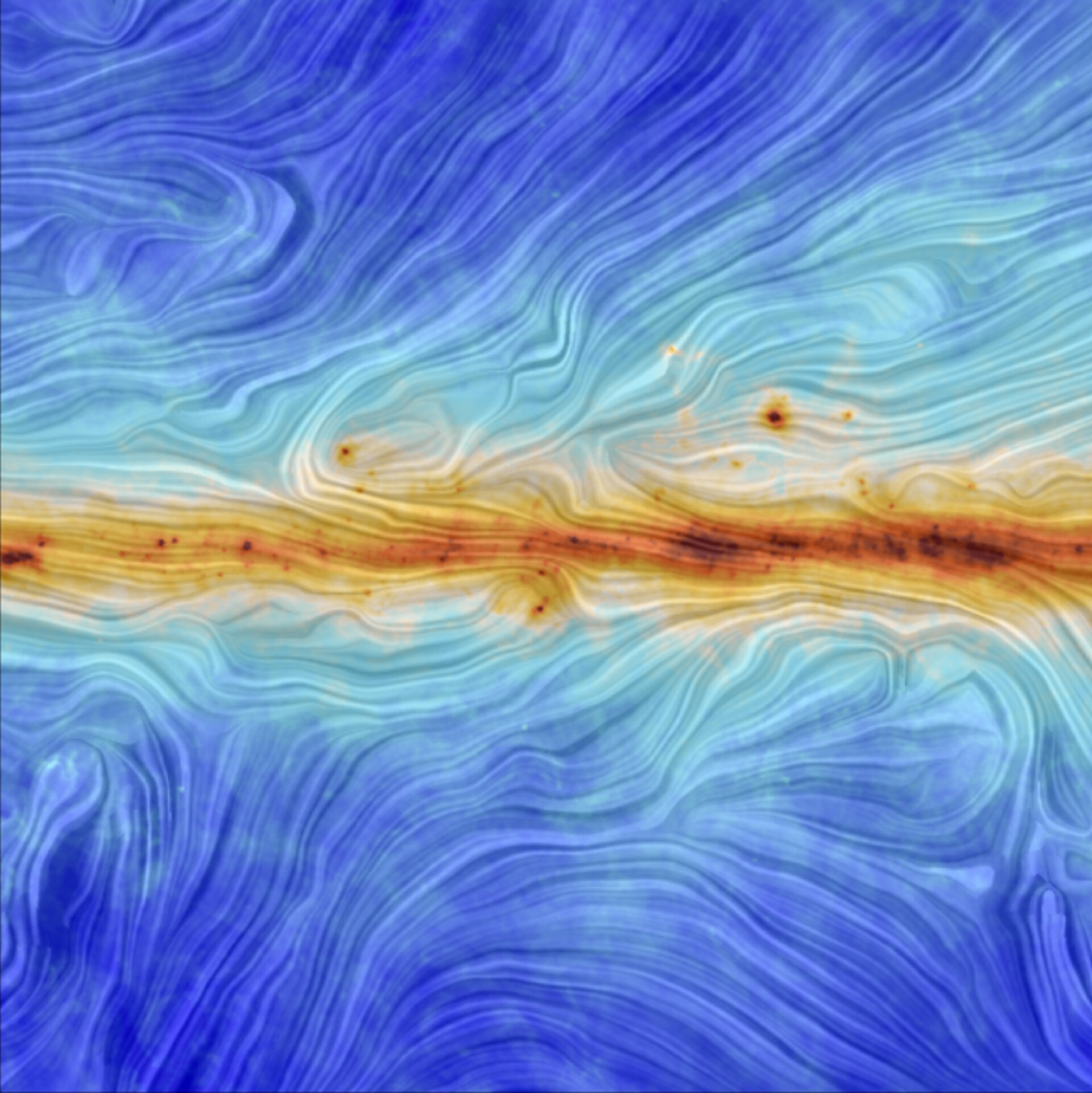 The magnetic field along the Galactic plane

While the pastel tones and fine texture of this image may bring to mind brush strokes on an artist’s canvas, they are in fact a visualisation of data from ESA’s Planck satellite. The image portrays the interaction between interstellar dust in the Milky Way and the structure of our Galaxy’s magnetic field.
Between 2009 and 2013, Planck scanned the sky to detect the most ancient light in the history of the Universe – the cosmic microwave background. It also detected significant foreground emission from diffuse material in our Galaxy which, although a nuisance for cosmological studies, is extremely important for studying the birth of stars and other phenomena in the Milky Way.

Among the foreground sources at the wavelengths probed by Planck is cosmic dust, a minor but crucial component of the interstellar medium that pervades the Galaxy. Mainly gas, it is the raw material for stars to form.

Interstellar clouds of gas and dust are also threaded by the Galaxy’s magnetic field, and dust grains tend to align their longest axis at right angles to the direction of the field. As a result, the light emitted by dust grains is partly ‘polarised’ – it vibrates in a preferred direction – and, as such, could be caught by the polarisation-sensitive detectors on Planck.

Scientists in the Planck collaboration are using the polarised emission of interstellar dust to reconstruct the Galaxy’s magnetic field and study its role in the build-up of structure in the Milky Way, leading to star formation.

In this image, the colour scale represents the total intensity of dust emission, revealing the structure of interstellar clouds in the Milky Way. The texture is based on measurements of the direction of the polarised light emitted by the dust, which in turn indicates the orientation of the magnetic field.

From these and other similar observations, Planck scientists found that filamentary interstellar clouds are preferentially aligned with the direction of the ambient magnetic field, highlighting the strong role played by magnetism in galaxy evolution.

The emission from dust is computed from a combination of Planck observations at 353, 545 and 857 GHz, whereas the direction of the magnetic field is based on Planck polarisation data at 353 GHz.