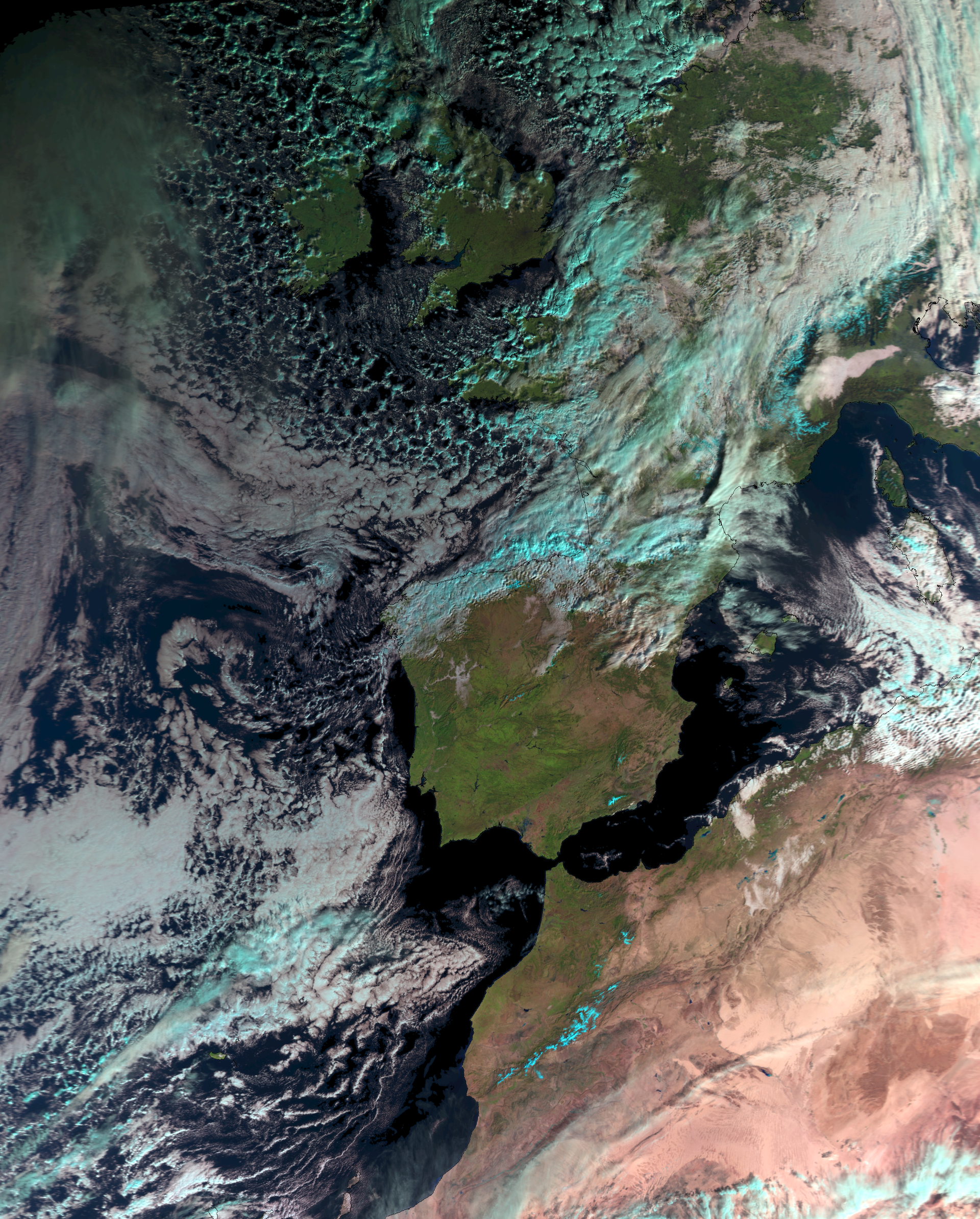 Winter snow (visible as cyan in the image) has been accumulating on the mountains across Europe, while the United Kingdom and Ireland also had snow at lower levels on Monday.