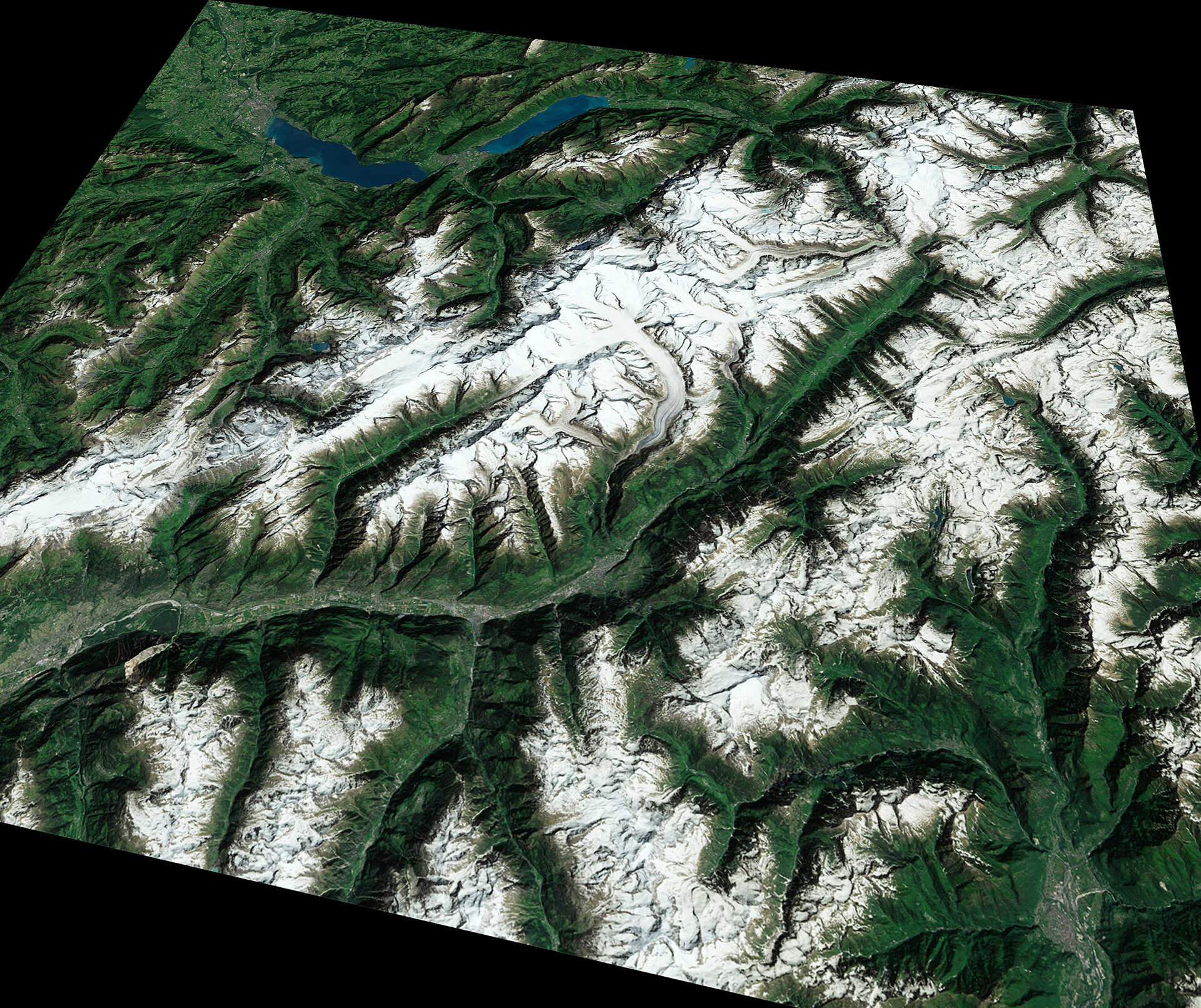 Parts of the Swiss and Italian Alps are pictured in this satellite image.

Extending some 1200 km through central Europe, the Alps occupy an area of about 200 000 sq km and are inhabited by some 20 million people.

Near the centre of the image we can see the Aletsch Glacier, the largest in the Alps. The glacier originates in a large, flat area of snow and ice high in the mountains called Concordia, where three smaller glaciers converge. It extends south, and its meltwater creates the Massa River in the valley below.

Owing to climate change, the glaciers in this region are showing long-term retreat. The melting ice has given birth to new lakes, which pose risks such as flooding and landslides to communities below.

Aletsch and the surrounding mountains are part of the Jungfrau-Aletsch protected area, a UNESCO World Heritage site. The area is of major importance to scientific research in geology, geomorphology, climatic change, biology and atmospheric physics. It features a wide diversity of ecosystems, and its landscape has played an important role in European art, literature, mountaineering and alpine tourism.

One particularly popular tourist destination is the city of Interlaken, located between lakes Thun and Brienz, seen in the upper part of the image. From the city, locals and visitors alike have easy access to the mountains and water bodies, and can partake in a variety of outdoor activities during all seasons.

This image, also featured on the Earth from Space video programme, was acquired by the Landsat-8 satellite on 8 June 2014 and laid over a digital elevation model to give us this 3D perspective.