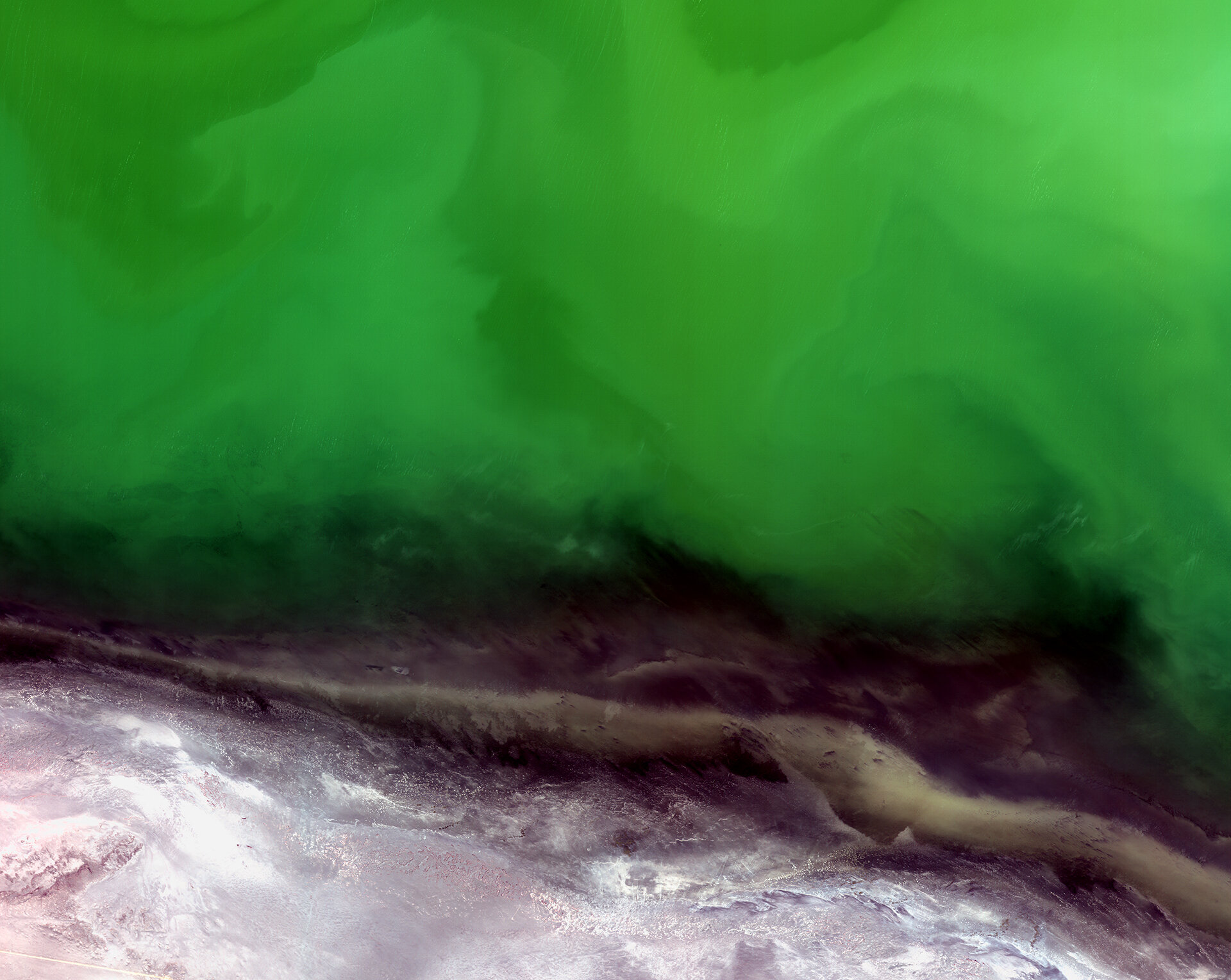 A shoreline of the northeastern Caspian Sea is pictured in this satellite image.

The Caspian Sea is the largest landlocked water body in the world, with a surface area of 371 000 sq km – larger than Germany.

The shallow northern section of the Sea has an average depth of about 5–6 m, although it fluctuates depending on variations in river flow and wind-driven currents. The water appears green in this image, indicating an algal bloom.

Caused by heightened levels of phosphorus – found in fertilisers, detergents and unfiltered sewage – finding its way into the water, these blooms deplete the amount of oxygen in the water. This causes a reduction in aquatic life and poses a threat to rich fisheries: the Caspian Sea is an important site for sturgeon, which yield roe (eggs) that are processed into caviar.

The mineral-rich land of Kazakhstan’s Mangistau region is visible along the bottom of the image. With large fossil fuel reserves and an abundant supply of other minerals and metals, Mangistau is sometimes called the ‘treasure peninsula’ of Kazakhstan.

This image was acquired on 26 September 2012 by the Korea Aerospace Research Institute’s Kompsat-2 satellite.