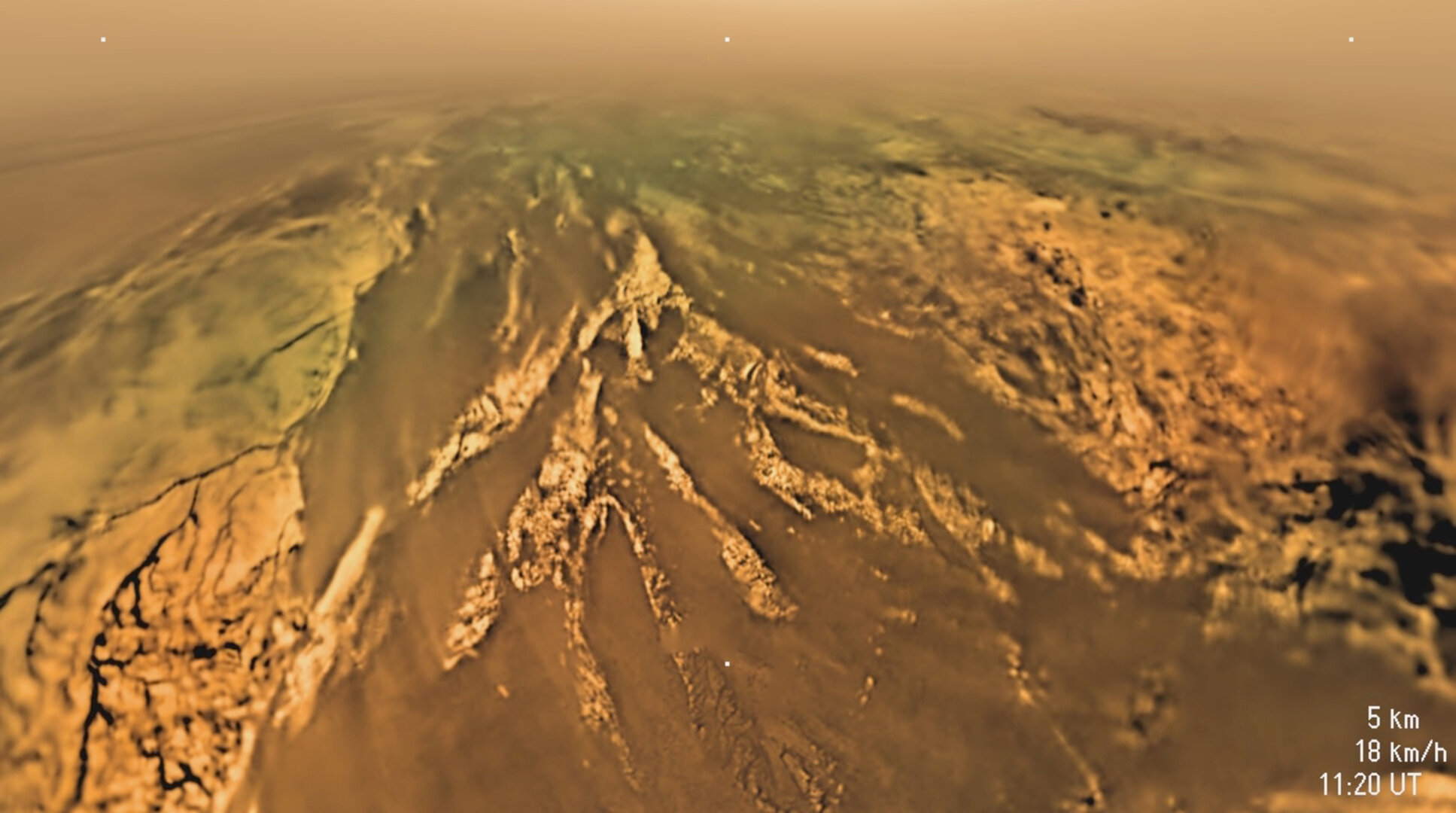 On 15 October 1997, NASA's Cassini orbiter embarked on an epic, seven-year voyage to the Saturnian system. Hitching a ride was ESA's Huygens probe, destined for Saturn's largest moon, Titan. The final chapter of the interplanetary trek for Huygens began on 25 December 2004 when it deployed from the orbiter for a 21-day solo cruise toward the haze-shrouded moon. Plunging into Titan’s atmosphere, on 14 January 2005, the probe survived the hazardous 2 hour 27 minute descent to touch down safely on Titan’s frozen surface.