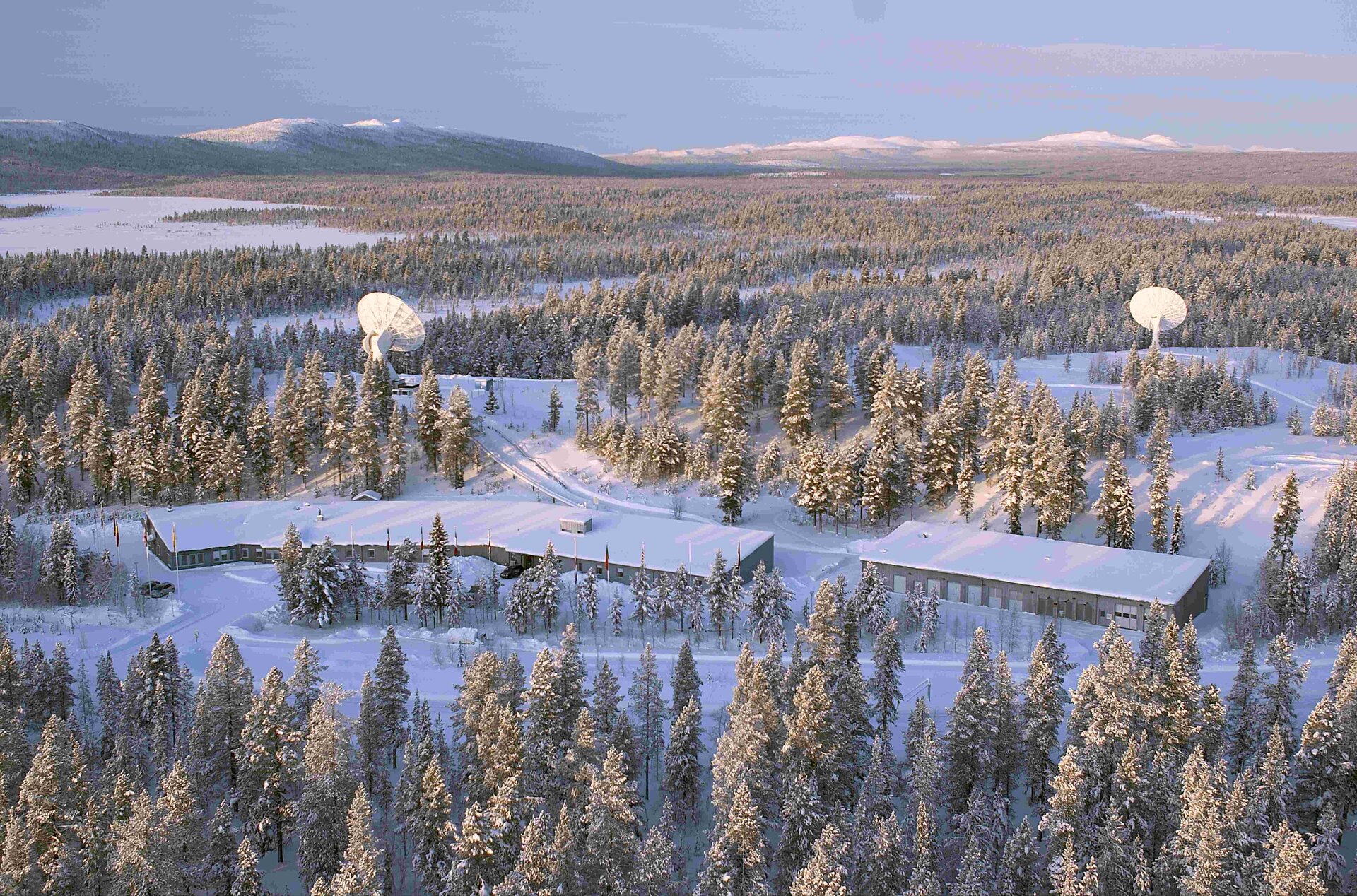 ESA’s Kiruna station is located at Salmijärvi, 38 km east of Kiruna, in northern Sweden. It features two sophisticated terminals with 15 m and 13 m-diameter antennas to communicate with satellites in Earth orbit, including CryoSat-2, Integral, the Swarm trio and Sentinel-1A.

The essential task of all ESA tracking stations is to communicate with our missions wherever they go, uplinking commands and downlinking scientific data and spacecraft status information. Estrack stations also gather ‘radiometric’ data to help mission controllers know the location, trajectory and velocity of their spacecraft.