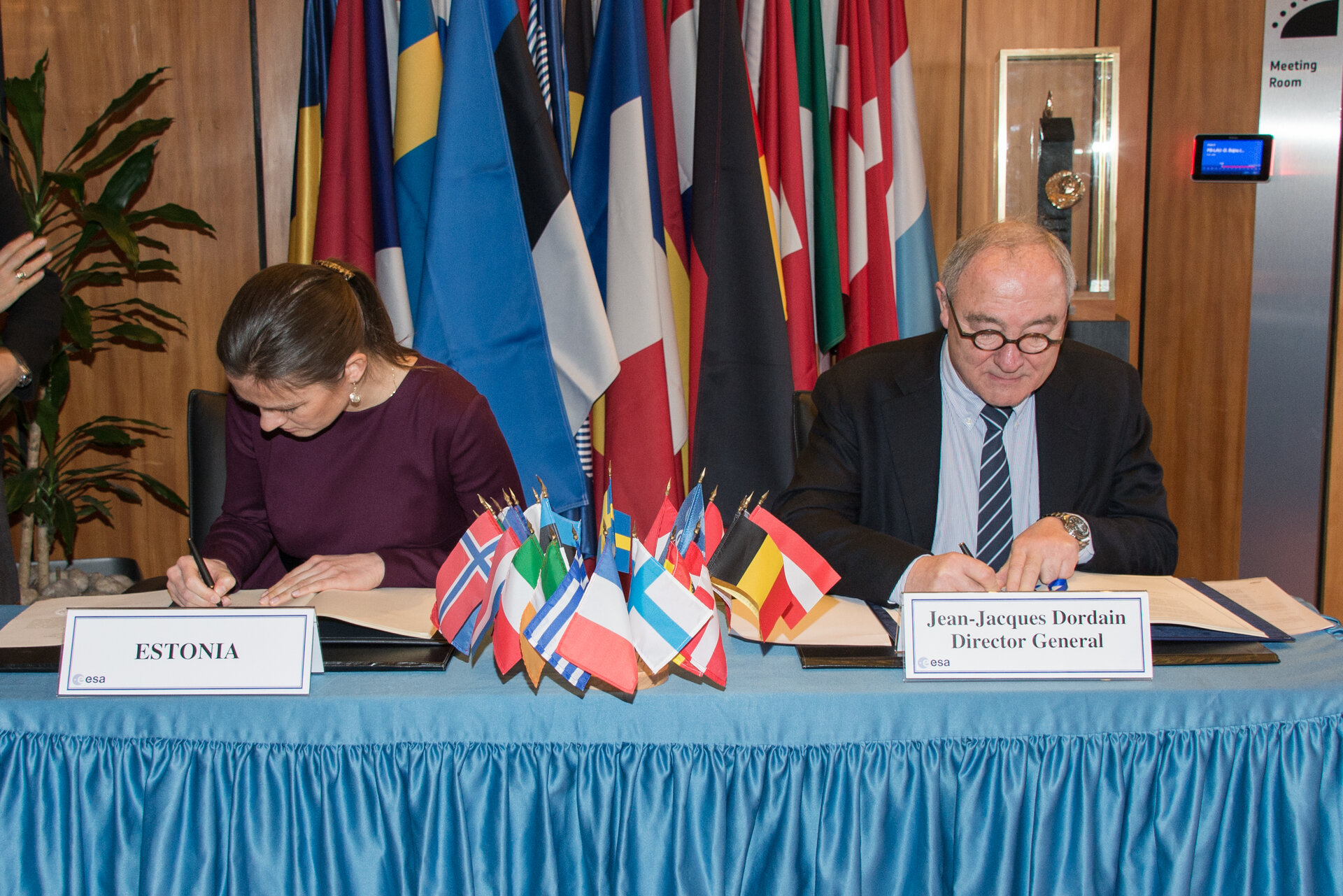 The signing ceremony took place at the ESA Headquarters in Paris with the participation of Jean-Jacques Dordain, ESA Director General, Anne Sulling, Estonian Minister of Economic Affairs and Communications responsible for Foreign Trade and Entrepreneurship.

Ene Ergma, Member of Parliament and Head of Estonian Space Committee, Sven Jürgenson, Estonian Ambassador in France, other government officials and personalities attended the ceremony, including representatives from the Estonian Space Office of Enterprise Estonia and the Tartu Observatory.