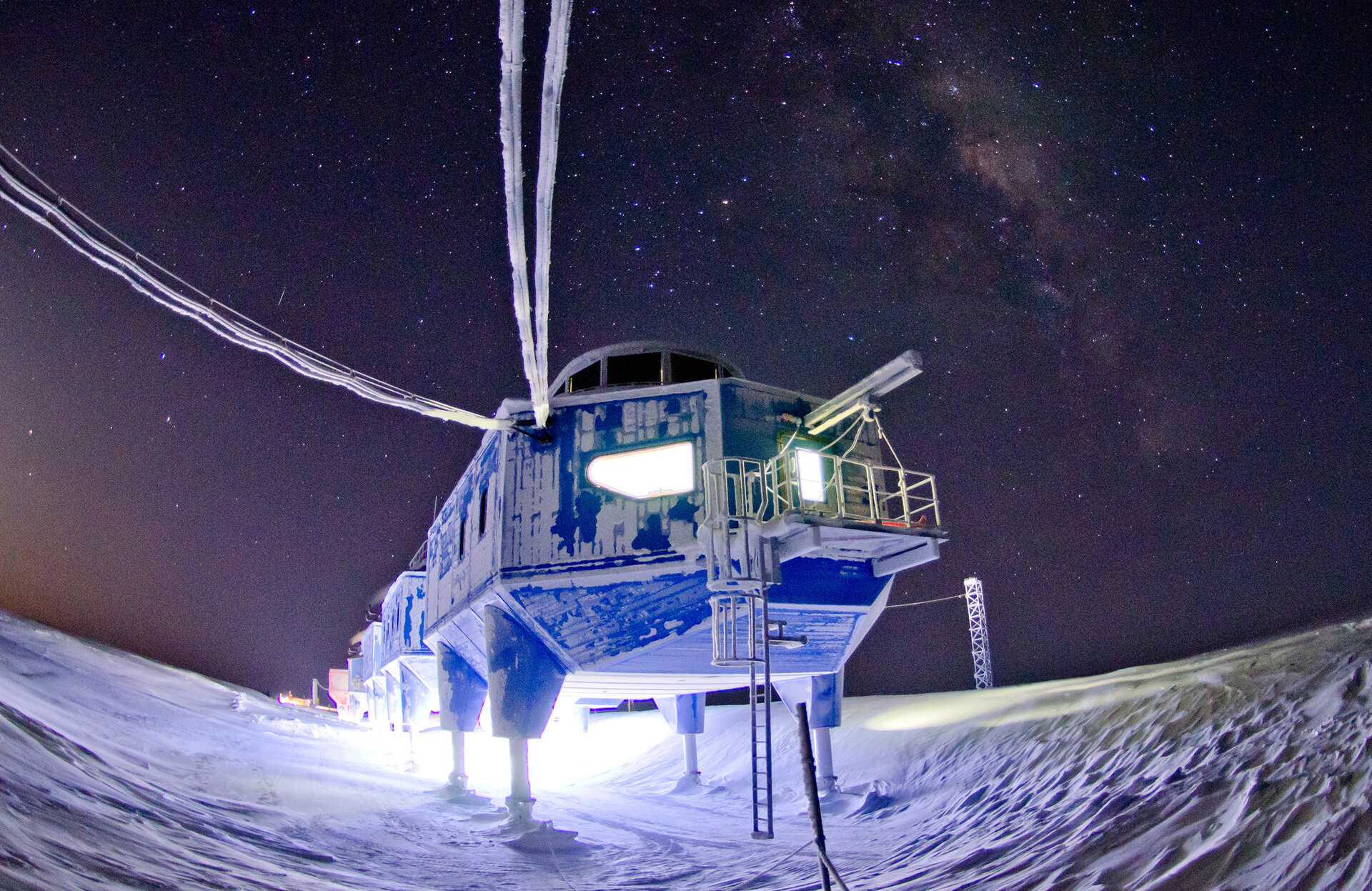 The British Antarctic Survey station Halley VI. Halley is built on the Brunt Ice Shelf, a floating area of ice that is flowing off the Antarctic Plateau some 50 km south of the station’s current location. As the ice flows off the mainland the buildings move with it – the station drifts northwest by around half a kilometre each year. As the ice shelf is pushed farther from the coast it is put under increasing strain by the motion of the tides until eventually a large section breaks off to form an iceberg.

The station is made up of eight modules connected by short, flexible corridors. The modules are kept above the snow surface using hydraulic legs mounted on skis. As well as keeping the buildings above the rising snow level, the design allows the station to be relocated across distances of many kilometres. The individual modules are designed to be separated, towed across the ice shelf by bulldozer, then connected again at the new site. This makes it possible for the station to remain a safe distance from the edge of the ice shelf.

Scientific experiments often compare results taken from different places and time periods. ESA signed an agreement with the British Antarctic Survey to perform experiments at their Halley VI station. Concordia research station offers ESA scientists a place to investigate how humans adapt to living in isolation and at high altitudes. The crew at Halley experience the same isolation and lack of daylight but live at sea level. Performing the same investigations at Halley will allow researchers to cross one factor off the list that might influence data: air pressure.