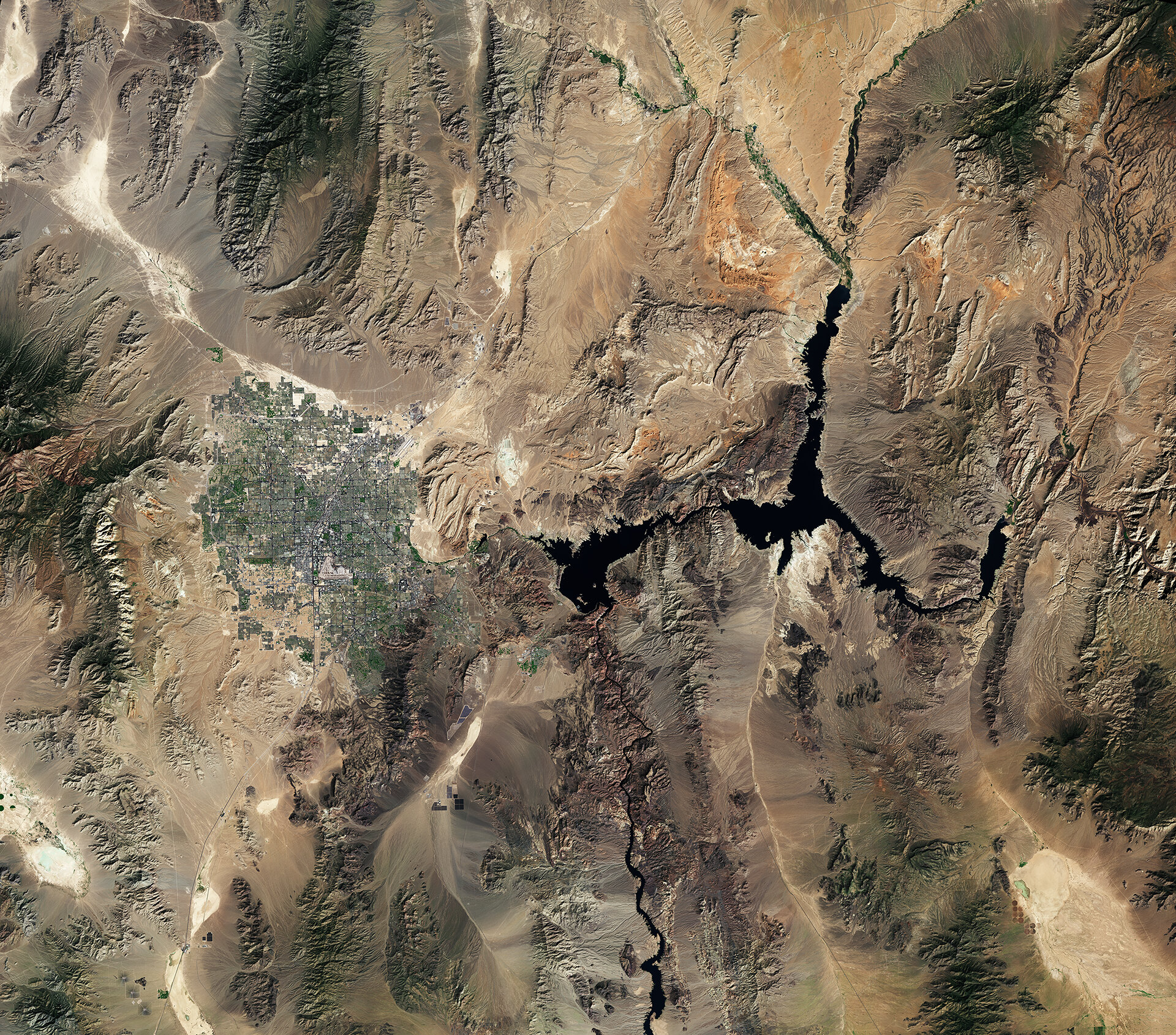 This image from the Landsat-8 satellite acquired on 23 September 2014 brings us over the southwest United States: Nevada and Arizona.

Las Vegas with its grid-like urban plan is visible near the centre. Sitting in a basin of the Mojave Desert, the city is surrounded by a number of mountain ranges.

Zooming in southeast of the city we can see large, dark shapes in one of the desert valleys. These are solar panels of a large-scale plant called Nevada Solar One. The plant harnesses enough energy to power an estimated 14 000 homes a year.

Satellites can assist in the selection of sites of solar power plants by providing sunshine maps that combine information on overall solar irradiance and average cloudiness. Along with other space-derived products such as digital elevation models, this can help sustainable energy companies pinpoint areas best suited for exploiting solar energy.

The large dark area pictured is Lake Mead, the largest reservoir in the country. It primary source is the Colorado River, flowing in from the east and out to the south.

This massive reservoir was established in the early 1930s by the construction of the Hoover Dam on the Colorado River. Drought and increased water demand in recent years have resulted in a decline in water levels, hitting record lows last summer.