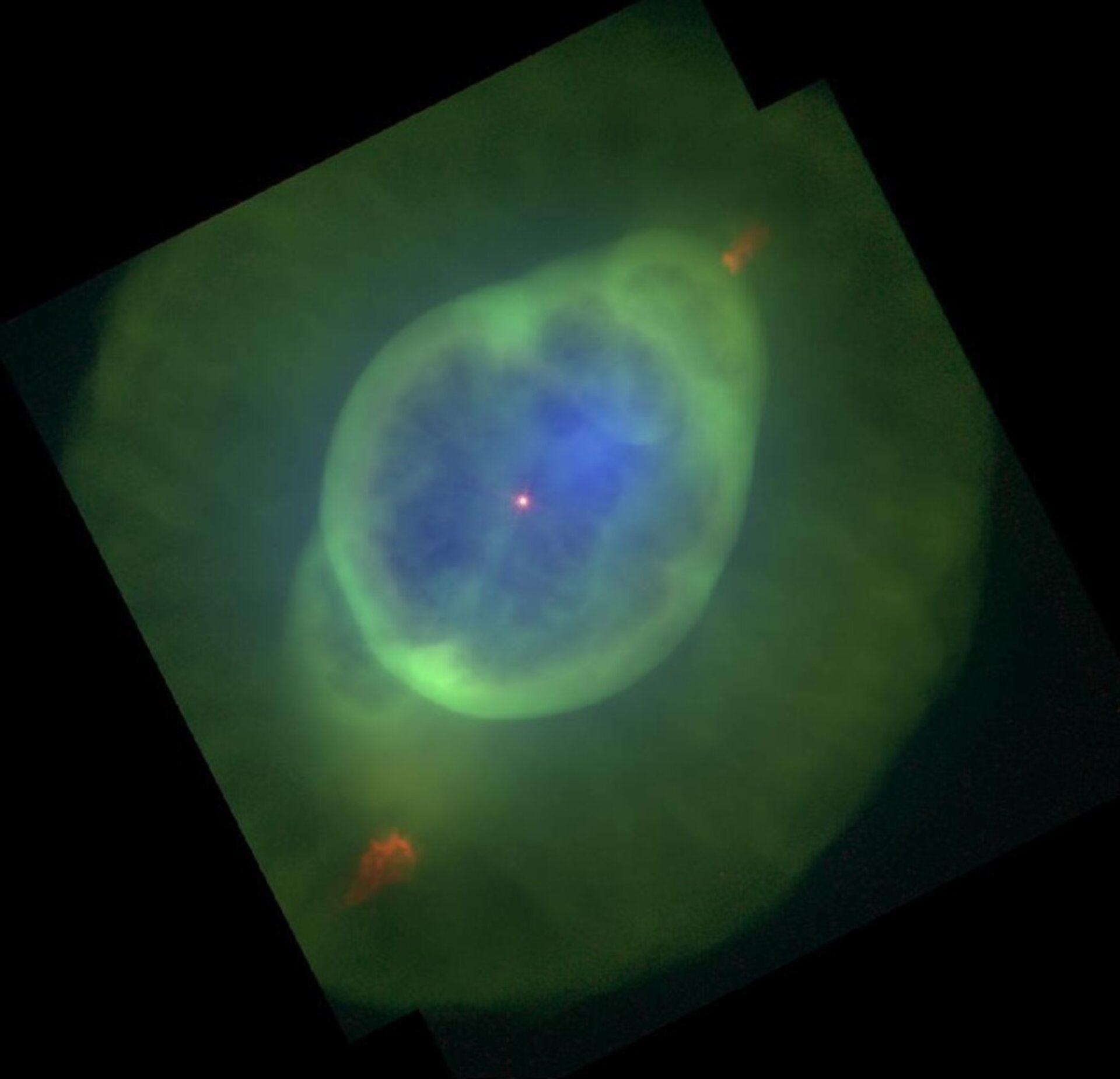 Names of astronomical objects are often ambiguous, especially when the historical designation of a certain class of celestial body preceded their physical understanding and was based on their appearance in the sky.

A notoriously abstruse case of nomenclature is that of planetary nebulas, the picturesque remains of low- and intermediate-mass stars. In contrast to what happens to their more massive counterparts, stars with masses from 0.8 to 8 times that of the Sun do not end their life exploding as powerful supernovas but peacefully puff up, releasing their outer layers in the surrounding space and creating beautifully shaped clouds in the process.

Although these stellar demises have nothing to do with planets, astronomers in the 18th century, who first noticed them, were baffled by their roundish appearance, and gave them the misleading name of planetary nebulas.

And just to make it more complicated, the planetary nebula shown in this image carries an even more peculiar name. Since it spans a disc on the sky roughly as large as that covered by the planet Jupiter, it received the curious moniker Jupiter’s Ghost. Of course, this object is also known through its catalogue designations, the most recent of which, since the late 19th century, is NGC 3242.

The image reveals how mighty winds released by the dying star – the white dwarf star at the centre – are shaping the double-shell structure of the nebula. The blue glow filling the inner bubble represents X-ray emission from hot gas, heated up to over two million degrees by shocks in the fast stellar winds, gusting at about 2400 km/s against the ambient gas.

The green glow marks cooler concentrations of gas seen in optical light through the emission of oxygen, revealing the edge of the inner shell in contrast to the more diffuse gas making up the outer shell. The two flame-shaped features, visible in red to the upper right and lower left of the inner bubble, are pockets of even cooler gas, seen also in optical light through the emission of nitrogen.

Jupiter's Ghost lies some 3000 light-years away, and it is visible in the southern constellation Hydra, the water snake.

This image combines X-ray data collected in 2003 by ESA’s XMM-Newton (blue) with optical observations from the NASA/ESA Hubble Space Telescope (green and red). It was first published on the XMM-Newton image gallery.