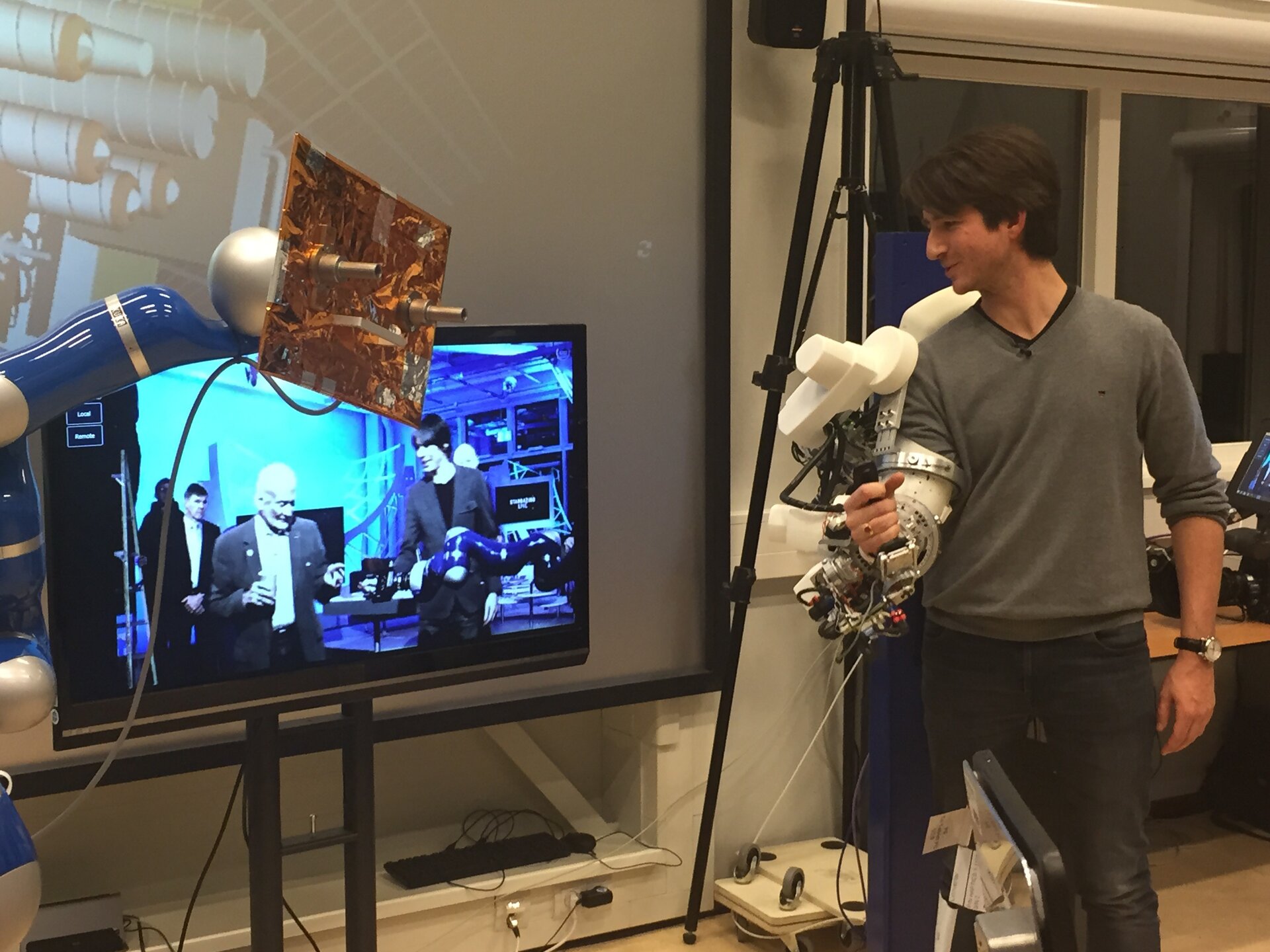 Live on the show, host Dara O Briain at Jodrell Bank in the UK used the arm to shake hands remotely across more than 450 km with presenter Dallas Campbell at ESA’s technical heart in Noordwijk, the Netherlands.

Controlling the arm at the Dutch end is André Schiele, heading ESA’s Telerobotics and Haptics Laboratory, which works on extending the human sense of touch into space.

Using telerobotic force-feedback, the aim is to enable precision control of robots in space and also, one day, manipulation of rovers on planets by astronauts up in orbit – allowing direct human-guided exploration without the danger and expense of landing.