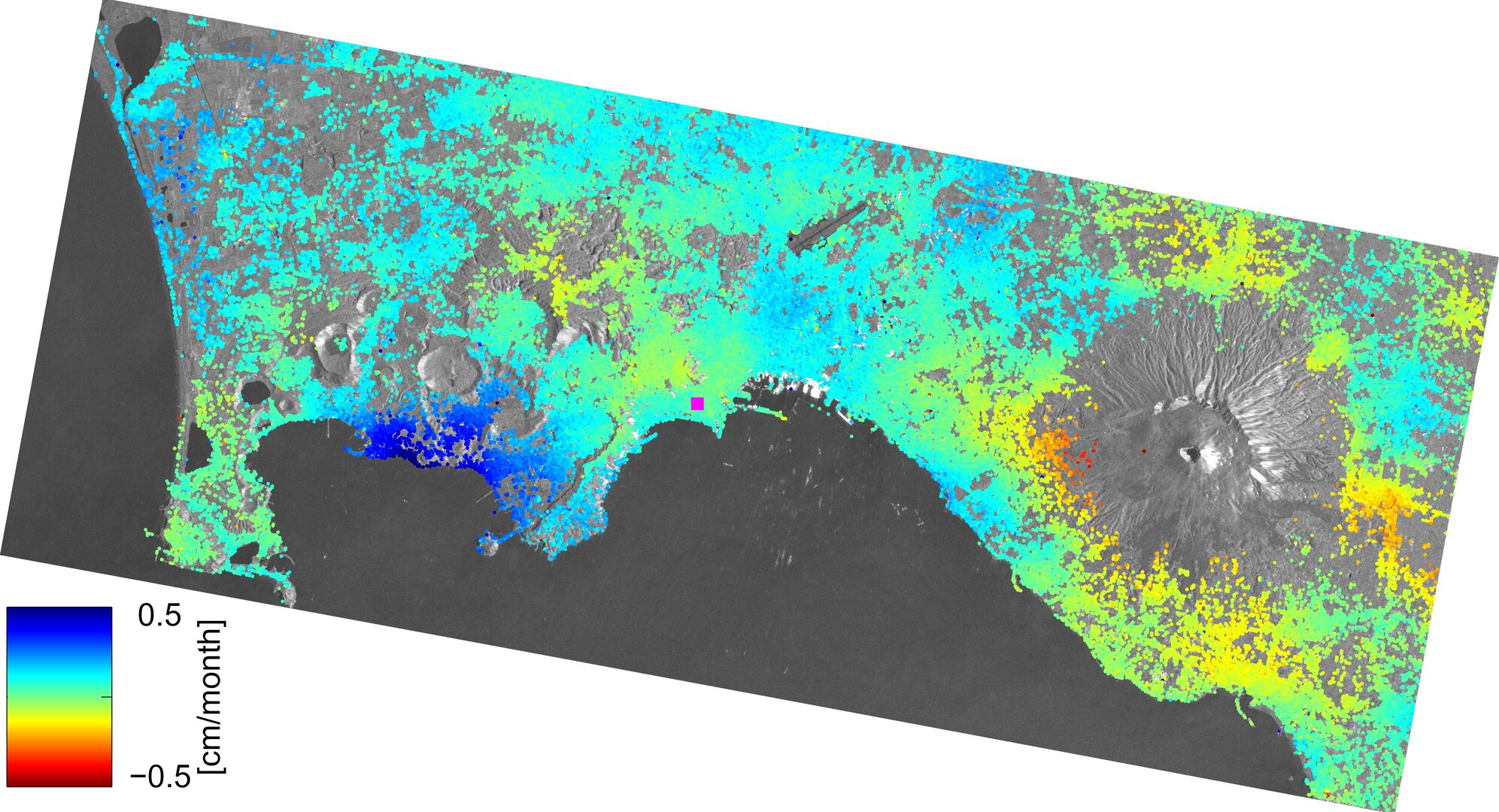 Ten Sentinel-1A radar scans acquired between 7 October 2014 and 12 March 2015 were combined to create this image of ground deformation around the city of Naples, which includes the active volcanic areas of Italy’s Phlegraean Fields – or Campi Flegrei – and the Vesuvius volcano. Dark blue indicates areas that experienced an uplift of about 0.5 cm per month, while red areas show subsidence down to 0.5 per month. The purple square over the city of Naples indicates the location of the calibration point.

These preliminary results were presented at the Fringe Workshop at ESA’s ESRIN centre for Earth observation. INSARAP is a project under ESA’s Scientific Exploitation of Operational Missions (SEOM) programme.