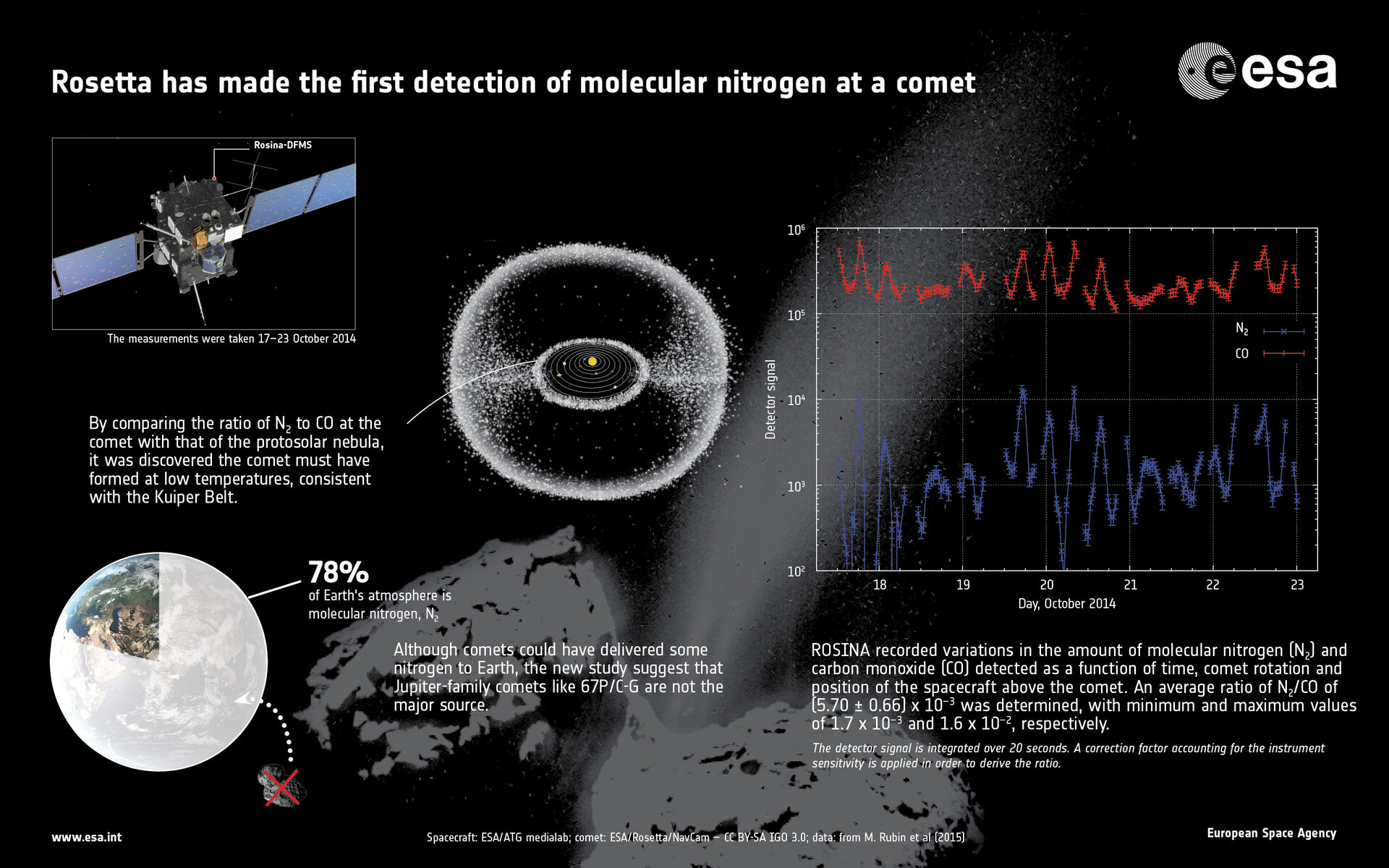 First detection of molecular nitrogen at a comet

Rosetta has made the first detection of molecular nitrogen at a comet. The results provide clues about the temperature environment in which Comet 67P/Churyumov–Gerasimenko formed.

The graph shows the variation in the signals measured for molecular nitrogen (N2) and carbon monoxide (CO) by Rosetta’s ROSINA instrument. The signals vary as a function of time, comet rotation and position of the spacecraft above the comet. An average ratio of N2/CO = (5.70 +/- 0.66) x 10–3 was determined for the period 17–23 October 2014. The minimum and maximum values measured were 1.7 x 10–3 and 1.6 x 10–2, respectively (note that the ratio cannot be derived directly from this graph – a correction factor accounting for the instrument sensitivity is applied).

By comparing the ratio of N2 to CO at the comet with that of the protosolar nebula, it was determined that the comet must have formed at low temperatures, consistent with a Kuiper Belt origin. The study also finds that Jupiter-family comets like Comet 67P/ Churyumov–Gerasimenko were unlikely the source of Earth’s nitrogen.