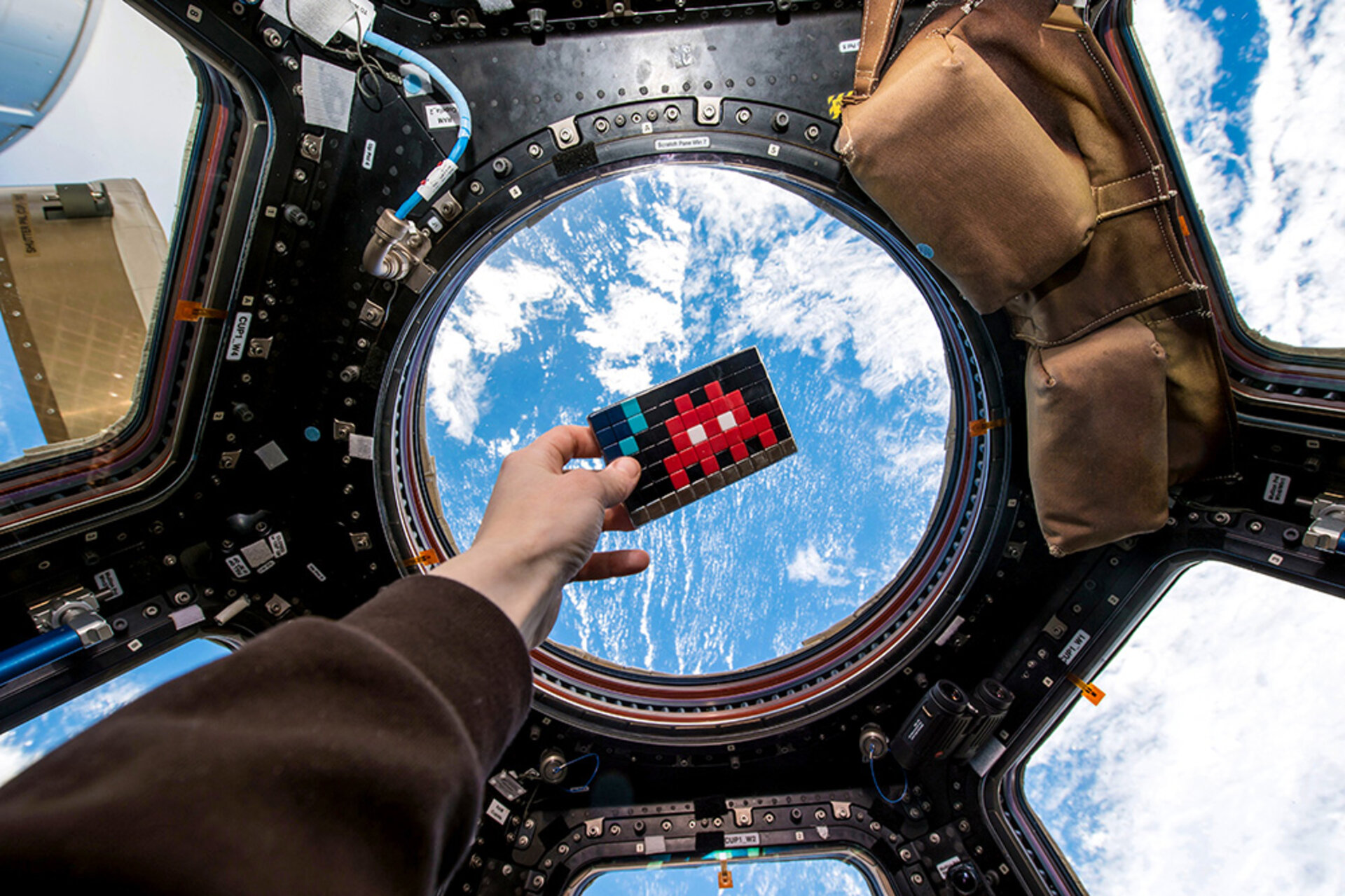 Inspired by the archetype 1970s Space Invaders video game, French artist, known as Invader, established his urban alien artwork in 60 cities all over the world, including Rome, Paris, New York, Manchester, Hong Kong and Los Angeles. In 2012 he sent a mosaic into the stratosphere on a high-altitude balloon.

Aiming even higher, Samantha helped Invader get his artwork out of this world when she installed a Space Invader mosaic in Europe’s Columbus laboratory on the Space Station, 400 km above Earth.

Not content with invading Earth orbit, the Space Invaders are gaining a foothold at ESA establishments all over Europe.