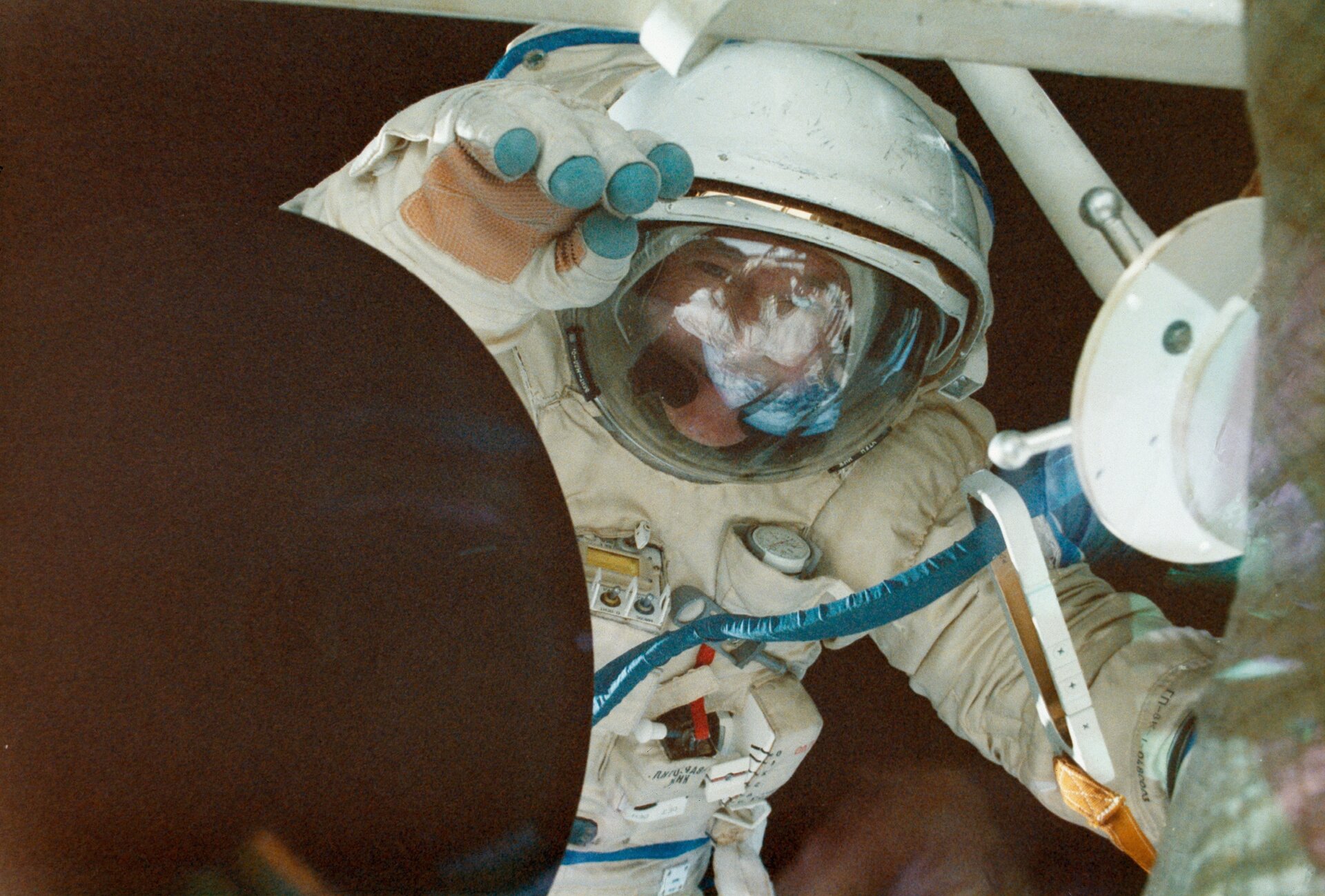 France’s CNES space agency astronaut Jean-Loup Chrétien during the first spacewalk performed by a European, on 9 December 1988 during his mission to the Russian Mir space station.

Flying in a Soyuz spacecraft with cosmonauts Alexander Volkov and Sergei Krikalov, Jean-Loup spent 26 days in space. His six-hour spacewalk outside of Mir was the longest spacewalk at the time and saw him install experiments.