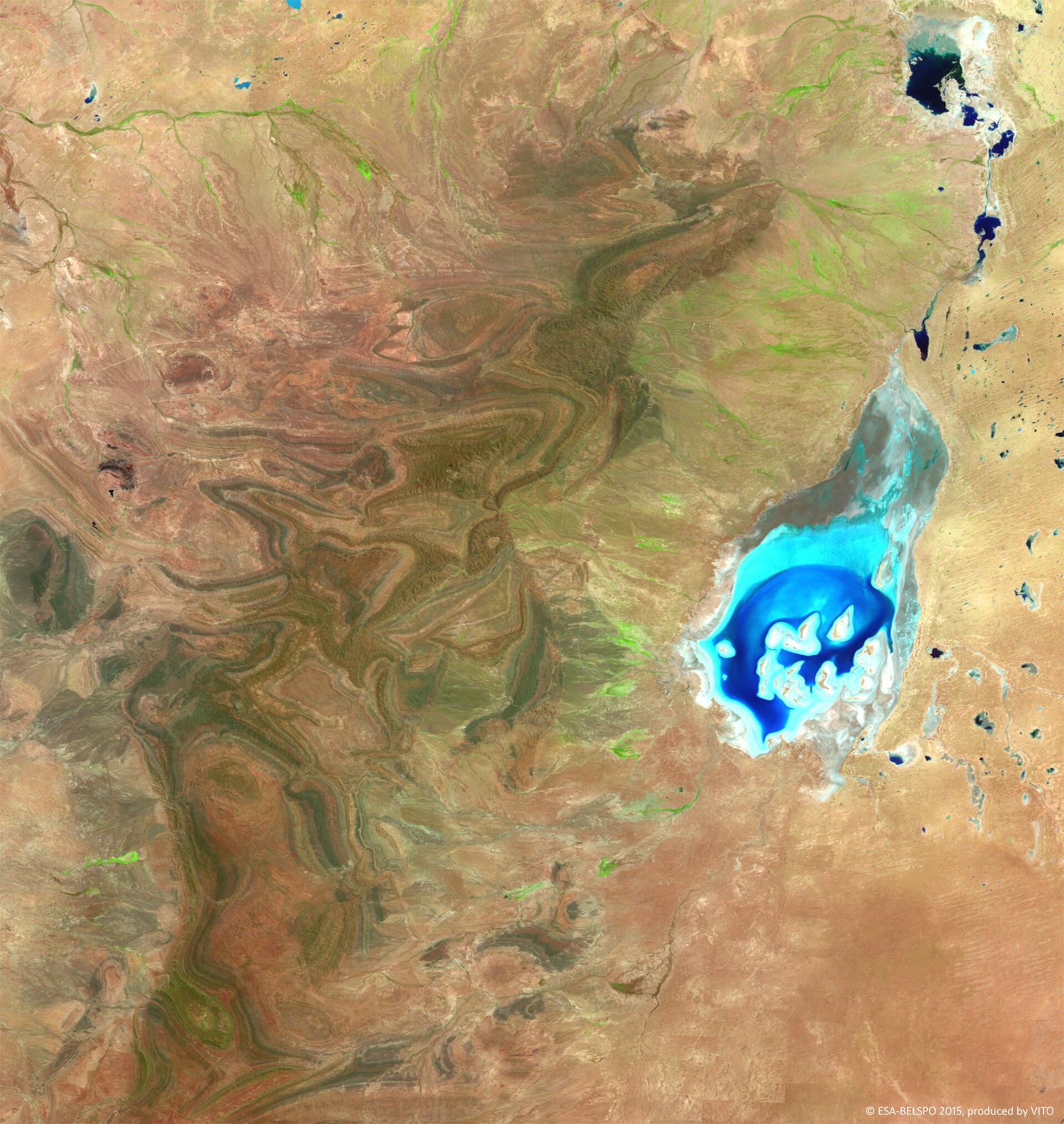 Lake Frome, one of the whitest salt lakes in the southern hemisphere is visible to the right. Unusually, this 12 February image shows it filled with brackish water that has flowed down the creeks in the area, which are typically dry.

Covering most of this 100-m spatial resolution image are the ranges and gorges of Vulkathunha-Gammon Ranges National Park, haven to many rare and endangered plants and animals.

Launched in 2013, Proba-V is a miniaturised ESA satellite tasked with a full-scale mission: to map land cover and vegetation growth across the entire planet every two days.

Its main imager’s continent-spanning 2250 km swath collects light in the blue, red, near-infrared and mid-infrared wavebands – at 300 m spatial resolution and down to 100 m resolution in its central field of view.