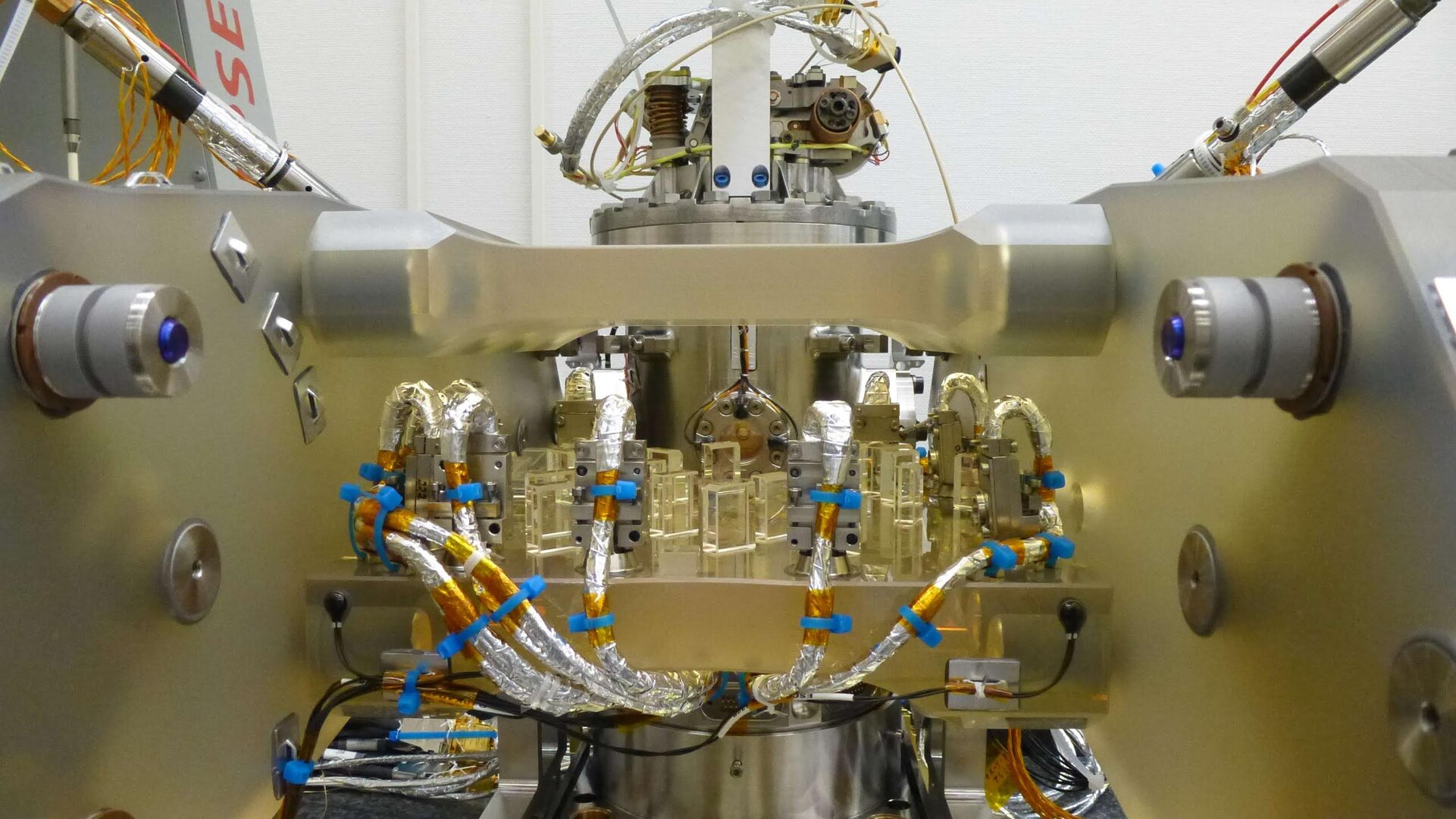 An intimate view of a key part of the payload of ESA’s LISA Pathfinder satellite, which will be the ‘stillest’ ever flown in space – in fact, the distant-orbiting spacecraft is set to become the single most stable place in the Solar System.

These transparent ‘gravestones’ are made of fused silica glass, used to split then recombine a pair of laser beams. The glass elements are aligned down to a few thousands of a millimetre onto the supporting optical bench, made from ultra-low expansion Zerodur glass.

This laser system will measure the very slightest movements of a pair of gold–platinum test masses, right down to subatomic scale precision.

One test mass is placed inside a ‘capacitive sensing’ housing within the cylinder behind the optical bench, visible in the picture, and the other will be in an identical cylinder due to be placed ahead of it.

In space, these test masses will float freely within the spacecraft, which will manoeuvre itself to keep them away from the housing walls.

The aim is to allow the test masses to be subject only to the underlying force of gravity, mapping the very slight curvature of local space-time.

When LISA Pathfinder is launched on a Vega rocket at the end of September, it will fly more than 1.5 million km from Earth to orbit the first Sun–Earth Lagrange Point (L1).

This position will enable the spacecraft to minimise the effects of external perturbations. In addition, the spacecraft itself actively compensates for other forces acting upon it – even firing micronewton thrusters to compensate for the tiny but significant ‘push’ of sunshine.

The optical bench seen here was developed for ESA by the University of Glasgow and University of Birmingham in the UK. The cylinder containing the test mass was developed by CGS in Milano and the integration is now taking place at Airbus Defence and Space in Friedrichshafen, Germany.

LISA Pathfinder is intended to prove the technologies needed for an even more ambitious mission in future: a laser-linked multispacecraft constellation to observe gravitational waves in space.