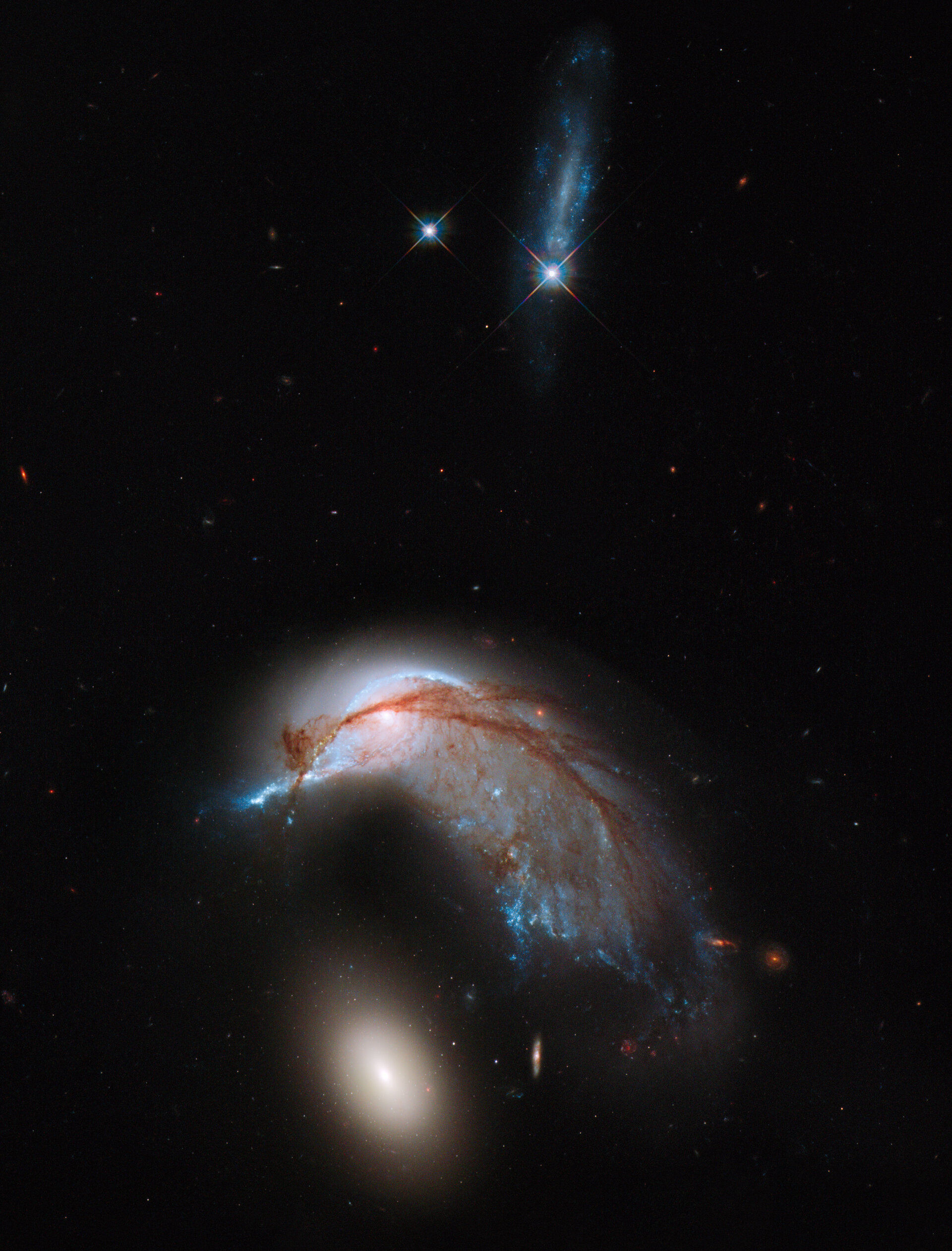 What do you see in this image from the NASA/ESA Hubble Space Telescope: a porpoise or a penguin?

Amateur astronomers have nicknamed this pretty galactic pair after both of these creatures – the graceful curve of a dolphin or porpoise can be seen in the blue- and red-tinged shape towards the bottom of the frame, and when paired with the pale, glowing orb just beneath it, the duo bear a striking resemblance to a bird or penguin guarding an egg.

The form of the penguin itself is made up of a single galaxy that has been twisted, distorted and ripped apart. This galaxy, named NGC 2936, was once a normal spiral like the Milky Way, until its arms were torn apart to form the mix of electric blue streaks, glowing gas and curving strands of red material seen in this image. What was once the galaxy’s bright central bulge now forms the ‘eye’ of the penguin.

NGC 2936 is so misshapen because it is interacting with its egg-like neighbour, an elliptical galaxy named NGC 2937. Together, these two galaxies make up a pair dubbed Arp 142. NGC 2937 may look tiny in comparison to NGC 2936 but its gravitational influence is strong. The duo are pulling at one another and interacting, slowly changing their appearances and disrupting their gas, dust and stars. In around a billion years these two might come together to form a single galaxy, and the merging process will be complete.

Visible towards the top of the frame is a bright star cloaked in glittering blue but this is yet another optical illusion. The star is much closer to the camera than the patch of blue material, which makes up a much more distant galaxy.

This image combines visible and infrared light from Hubble’s Wide Field Planetary Camera 3. It was previously published in June 2013.