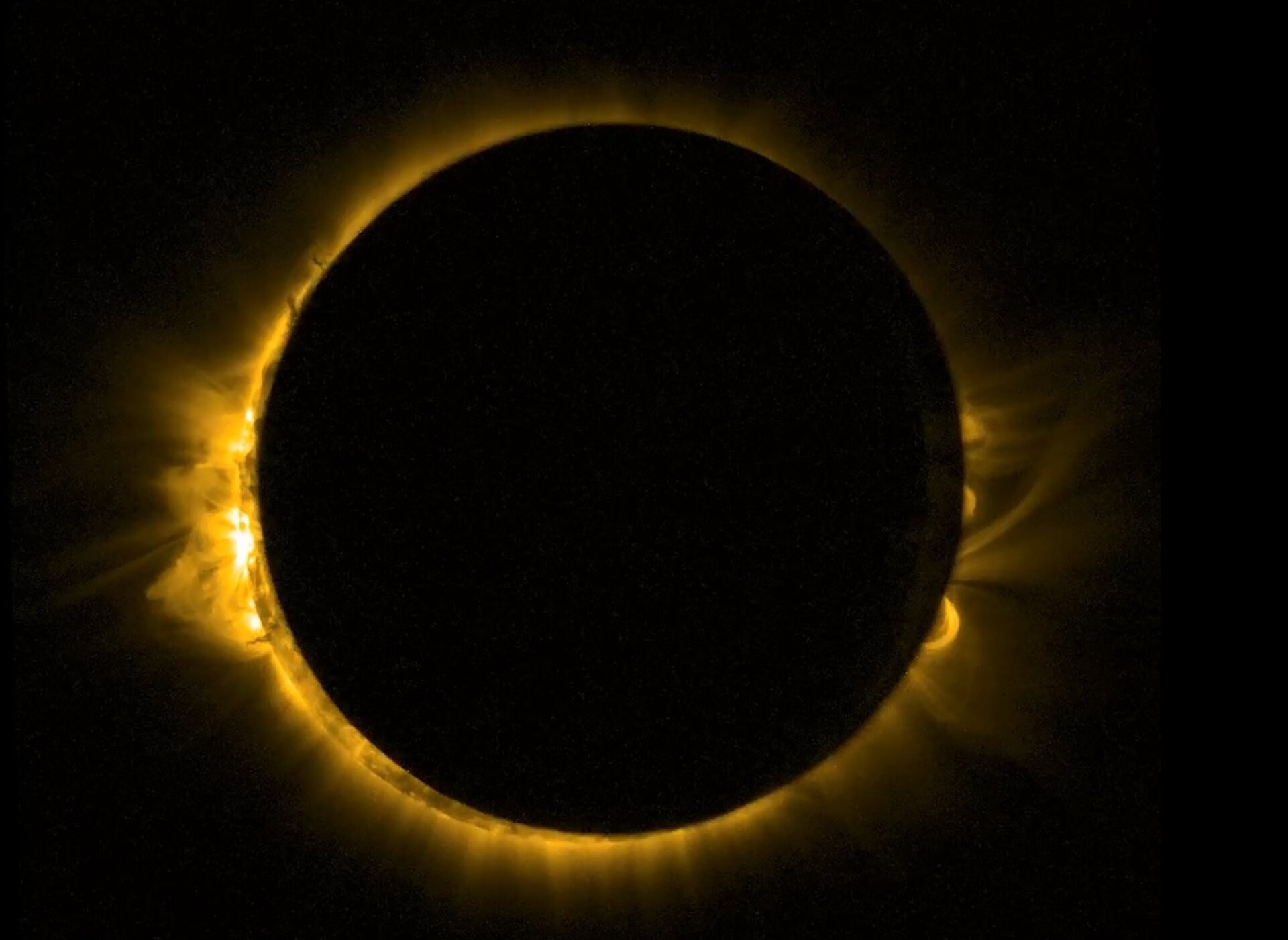 As Europe enjoyed a partial solar eclipse on the morning of Friday 20 March 2015, ESA’s Sun-watching Proba-2 minisatellite had a ringside seat from orbit. Proba-2 used its SWAP imager to capture the Moon passing in front of the Sun in a near-totality. SWAP views the solar disc at extreme ultraviolet wavelengths to capture the turbulent surface of the Sun and its swirling corona. Click here to see the footage.