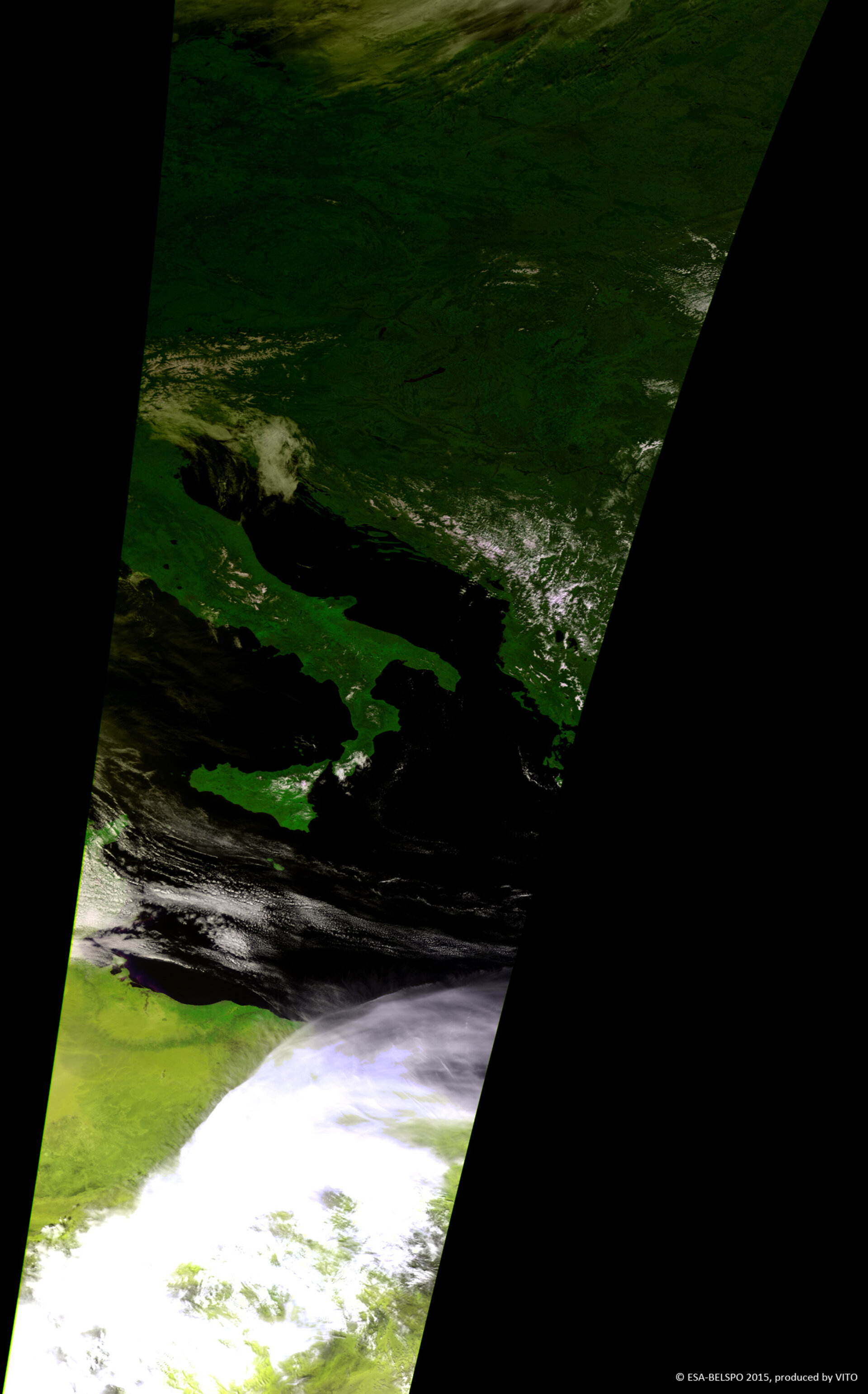 Proba-V, ESA's minisatellite for global vegetation monitoring, captures the shadow of Europe's solar eclipse. On 20 March 2015, a total solar eclipse was experienced in a narrow band along the North Atlantic from the Faroe Islands through Svalbard. Europe and North Africa experienced a partial eclipse, with between 40 – 90% of the solar disc obscured by the Moon. This partial solar eclipse was also observed on the ground by Proba-V. Although over northern Africa virtually no darkening is visible, the shadow casted by the eclipse is well visible over Italy, the Alps, and Central Europe, with the largest darkening over the western part, being closest to the total eclipse band.

Launched in 2013, Proba-V is a miniaturised ESA satellite tasked with a full-scale mission: to map land cover and vegetation growth across the entire planet every two days. VITO, the Flemish institute for technological research, performs processes then distributes Proba-V data to users. VITO hosts an online gallery highlighting some of the mission’s most striking images so far, including views of storms, fires and deforestation.