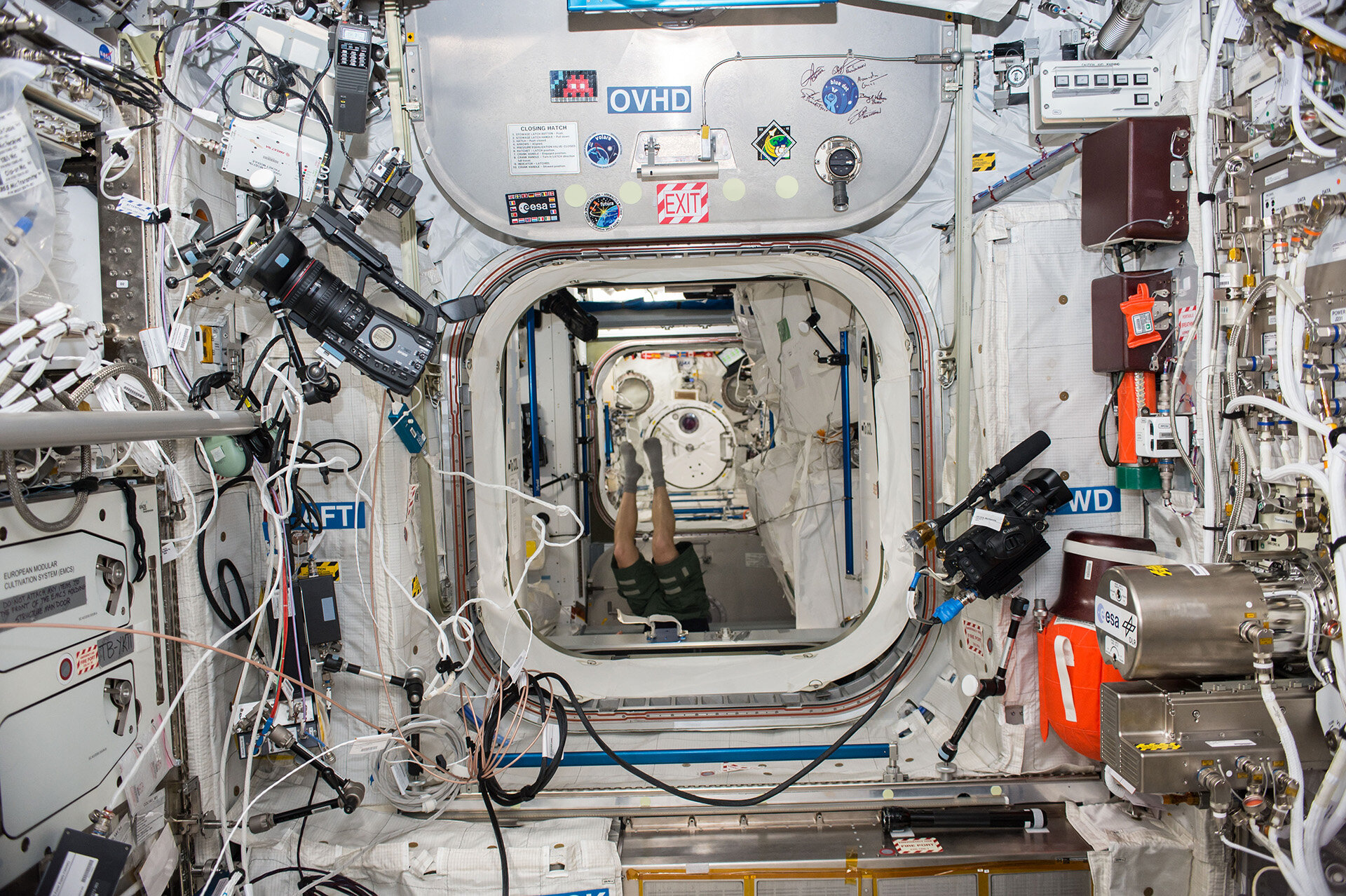 Inspired by the archetype 1970s video game “Space Invaders”, a small and colourful mosaic was placed on the hatch of ESA's space laboratory Columbus on the International Space Station by ESA astronaut Samantha Cristoforetti.

French artist, known as Invader, established his urban alien artwork in more than 60 cities all over the world including Rome, Paris, New York, Manchester, Hong Kong and Los Angeles. In 2012 he sent a mosaic into the stratosphere on a high-altitude balloon.

Mission control thinks Invader will organise more invasions and activate aliens at other ESA establishments. Follow their progress on Twitter via #space2iss and #SpaceInvader.

Samantha is planning to join forces with these pixelated artforms to inspire primary school children to use their imagination combining geometry, colours and mathematics into abstract minimalism.