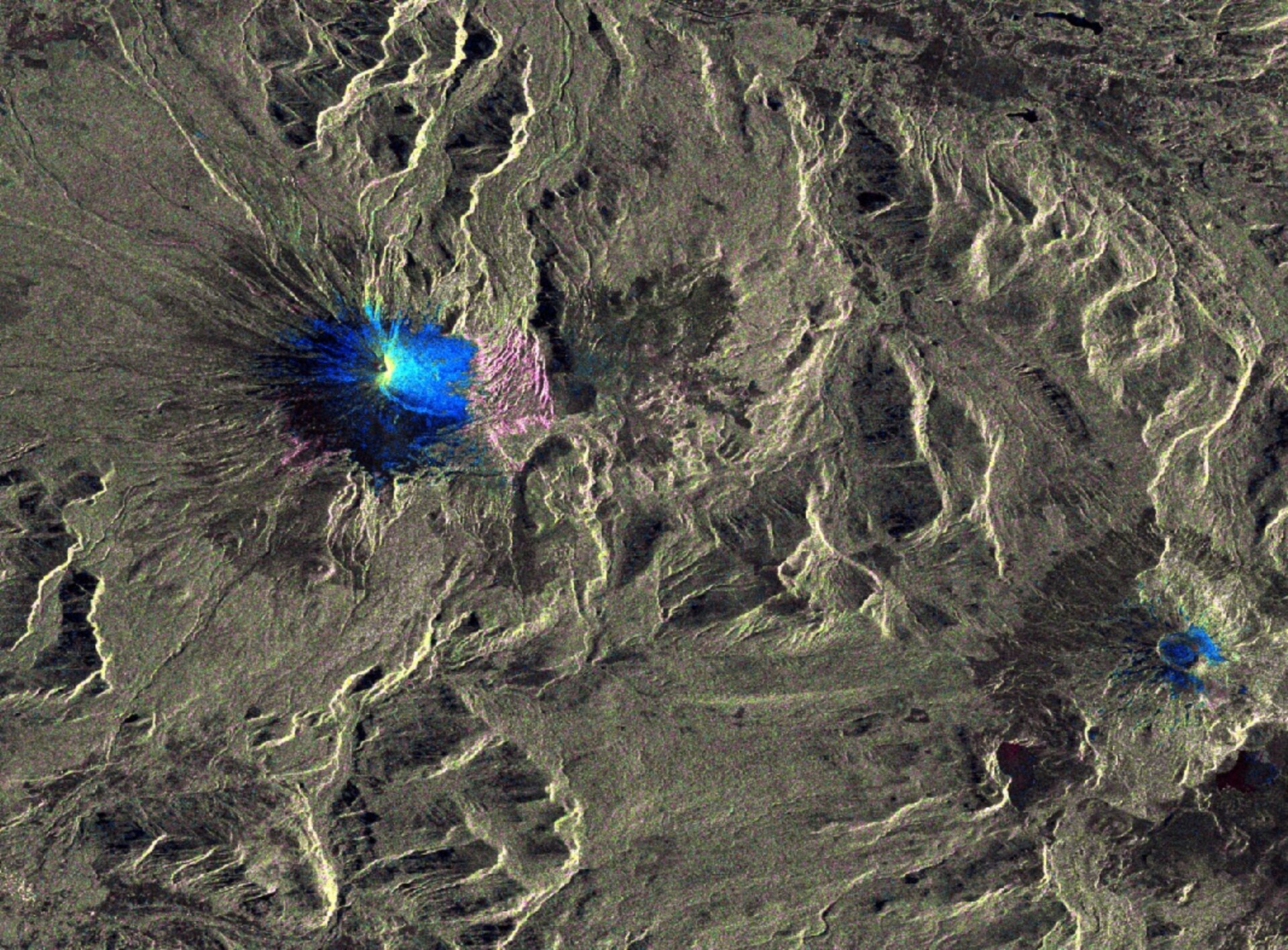 Surface changes of Villarrica from Sentinel-1A

A Red Alert has been declared in southern Chile after the eruption of the Villarrica volcano early on 3 March. Thousands of residents in the area have been evacuated and the International Charter Space & Major Disasters has been activated by Chile's risk management authority ONEMI.

Further to the operational support provided by the Charter, ESA and the DLR German Aerospace Center have teamed up to acquire and process Sentinel-1A imagery illustrating changes at the surface of the volcano. This image is a colour composite of the two Sentinel-1 scans from 20 February and 4 March; changes are visually enhanced by a Normalised Change Index (NCI) and some statistical computations. Pink and blue show changes in the radar signal caused by changes in the surface, while areas with no change between the two acquisitions appear grey.

This work was performed by DLR in the framework of the ASAPTERRA project originated by ESA.

Sentinel-1A is the first satellite for Europe’s Copernicus programme. With its radar vision, the Sentinel-1 mission provides an all-weather, day-and-night supply of imagery of Earth’s surface.

Although not yet in routine operations, Sentinel-1A currently provides a coverage every 12 days of relevant tectonic areas worldwide and is therefore very suitable to monitor events such as volcanic eruptions.