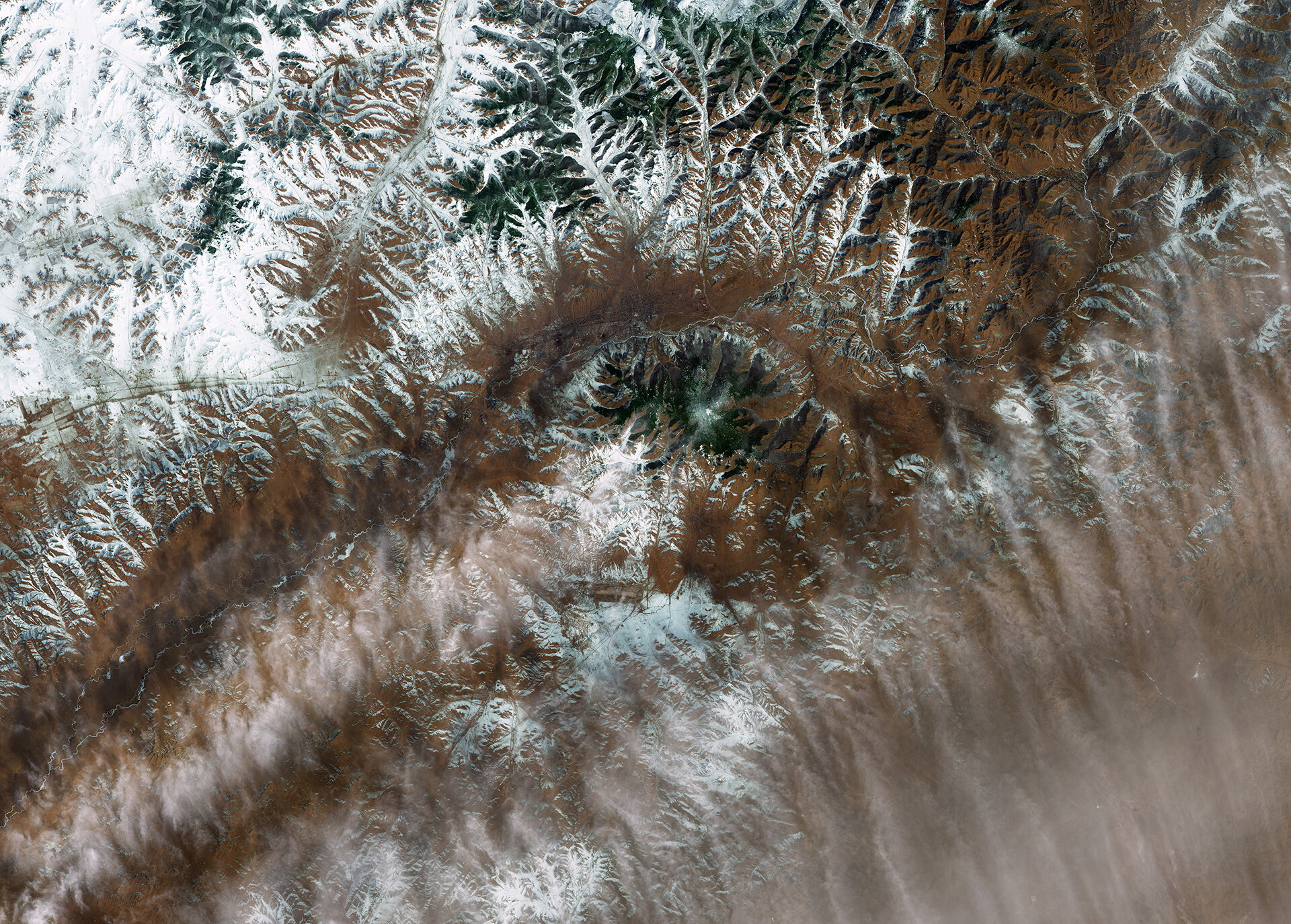 The Mongolian capital of Ulan Bator is captured in this image from the Landsat-8 satellite.

Sitting in the valley of the Tuul River – running northeast to southwest across the image – the city is flanked by the Bogd Khan Mountain to its south (centre of image). This forested mountain is the site of one of the oldest national parks in the world, home to wildlife such as foxes and wolves and endangered species of hare and deer.

South of the mountain, a light covering of clouds blanket the steppe ecoregion. This is part of the greater Eurasian Steppe, stretching from Moldova through Siberia, characterised by grasslands, savannahs and shrublands.

The area pictured is also part of the discontinuous permafrost zone, meaning that in some areas the ground is frozen year round, while other areas thaw for weeks or months at a time.

This poses a challenge for building, so many suburban residents of Ulan Bator live in traditional dwellings that are built on top of the soil. These circular houses – called yurts – are traditionally made from steam-bent wood and covered in layers of fabric for insulation.

This image, also featured on the Earth from Space video programme, was acquired on 19 February by the Landsat-8 satellite.