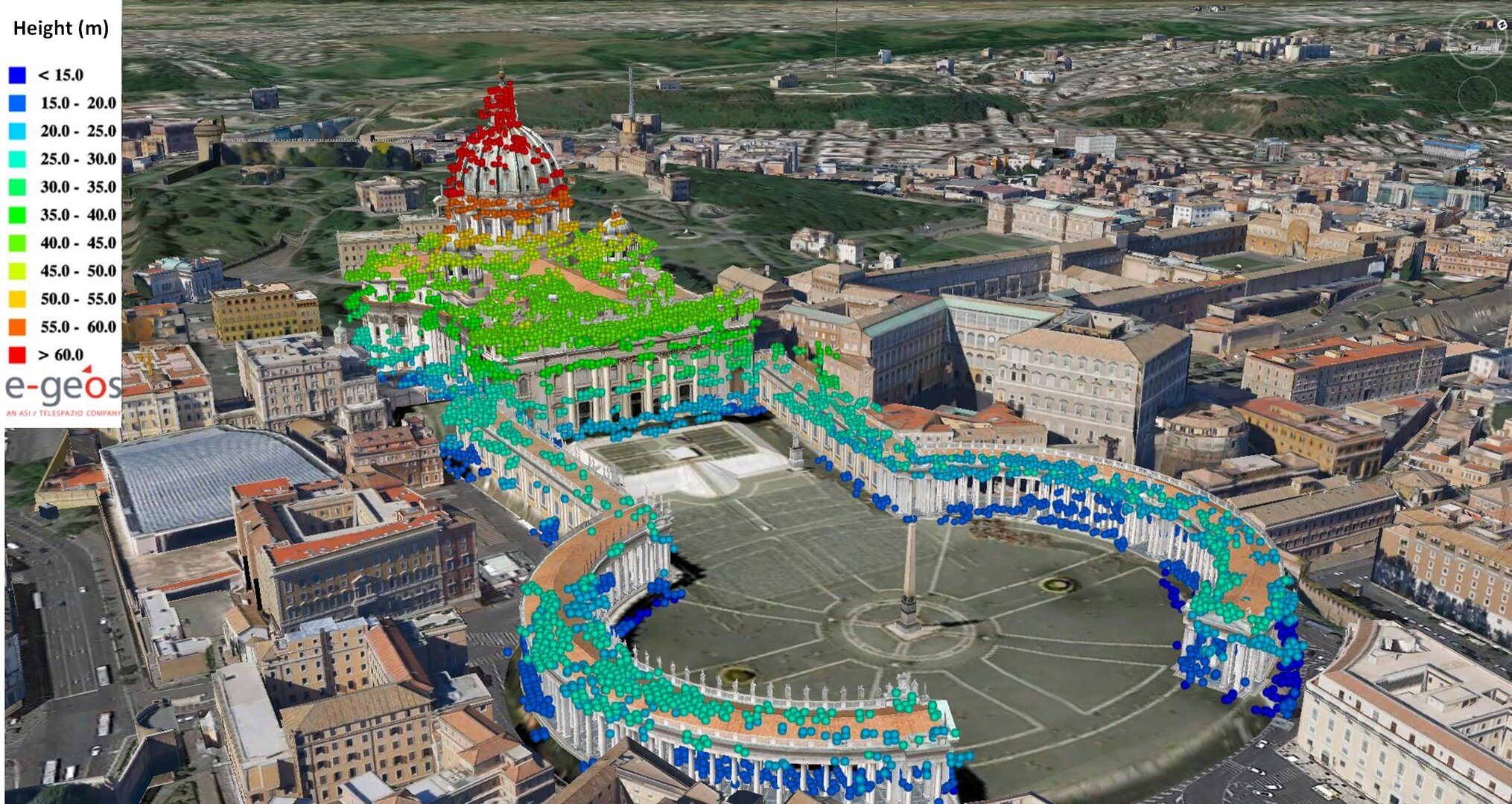 Satellite radar can detect heights in buildings and other structures, such as Saint Peter’s Basilica in the heart of Rome, Italy. Red correlates to higher surfaces (above 60 m) while dark blue depicts lowers surfaces (less than 15 m).

To create this image, radar data from Italy’s Cosmo-SkyMed mission were processed using ‘persistent scatterer pair interferometry’, a technique that can pinpoint surface deformations and heights over wide areas, with millimetre and metre precision, respectively. It typically works best with hard human-made structures or natural terrains excluding forests or cultivated fields, and can trace weak spots in such structures. From this, it is possible to detect deformations of the structures or the ground (typically through subsidence, landslides, earthquakes and volcanic phenomena) or, as in the case of the image, create a 3D reconstruction or urban surface model.