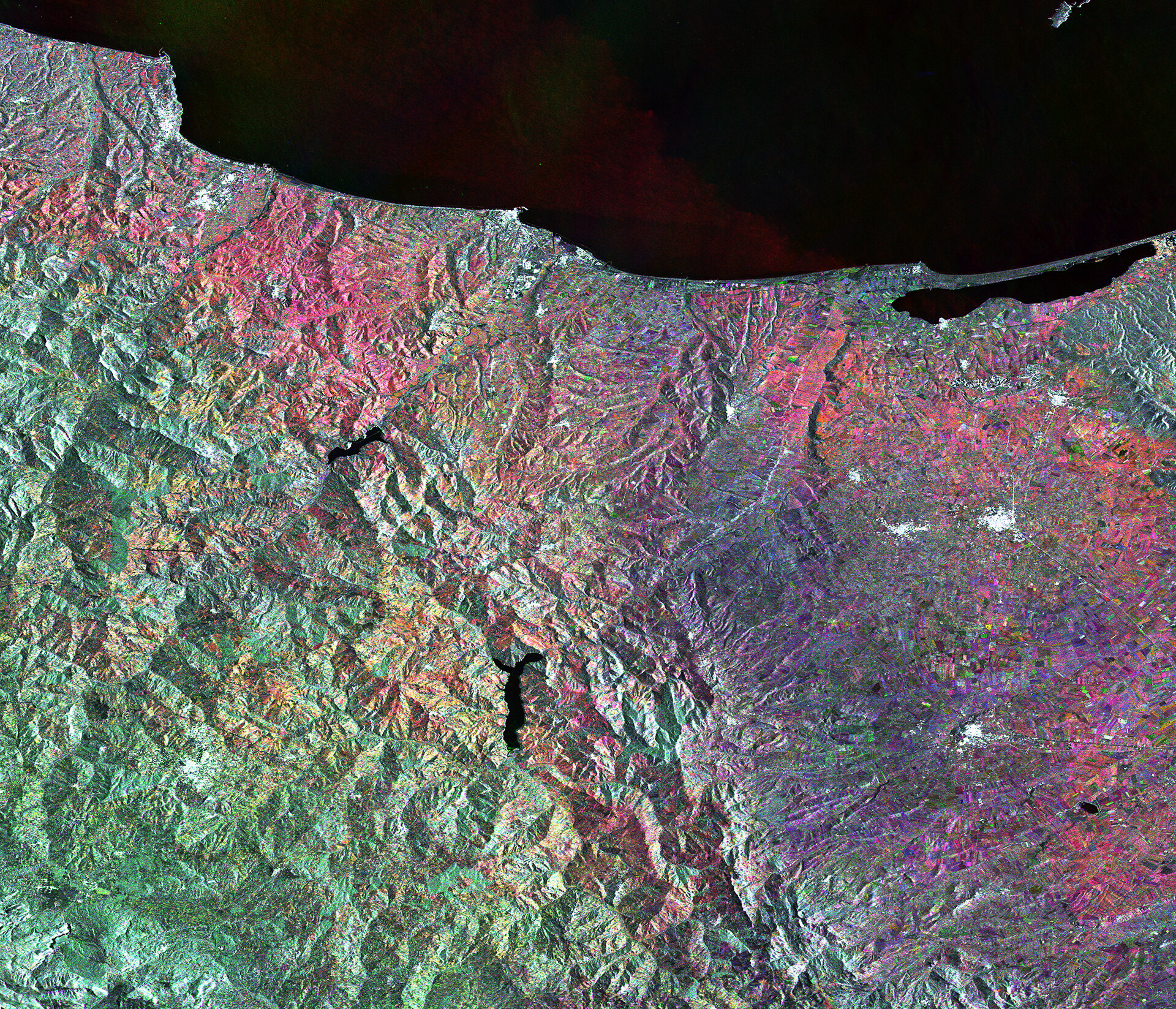 Part of Italy’s Molise, Apulia and Campania regions are pictured in this radar composite image from Sentinel-1A.

The area features two distinct types of terrain: the Apennine Mountains in the lower left and lowlands to the right. Known for its agricultural importance, the lowland area is known as the Tavoliere – a term that recalls the word tavolo meaning ‘table’. The word derives from the Latin term for tables on which Romans classified areas devoted to grazing or crops, called Tabulae censuariae.

During the Middle Ages the area was mainly devoted to sheep farming. Following extensive work on fluvial regulation, wheat, tomatoes and olives, among other crops, are grown here today.

Water bodies appear black in this radar image, such as the Adriatic Sea along the top. Separated from the sea by a thin strip of land is Lake Lésina – in the top right – which is famous for its eels.

Other lakes visible are Occhito (centre) and Guardialfiera (centre left).

Bright white radar reflects show to the location of towns and cities. In the Apennines, we can see reflections come from Campobasso (lower left). Cities in the lowland and along the coast are more obvious.

This image combines three radar scans from the Sentinel-1A satellite in October and December 2014. Focusing on the right side of the image, we can see how different colours represent changes between the acquisitions in the agricultural structures, due to plant growth or harvest.