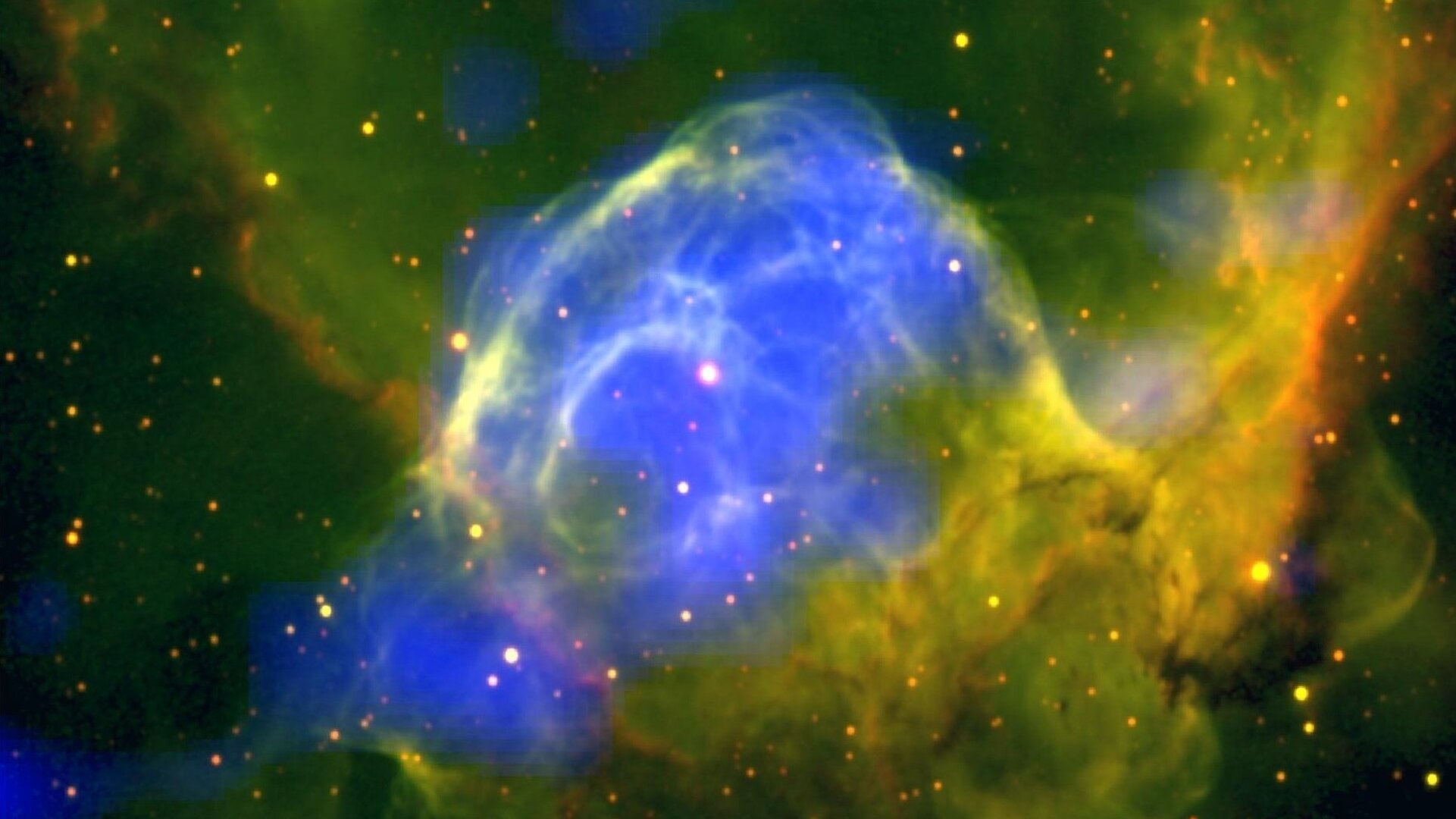 This brightly coloured scene shows a giant cloud of glowing gas and dust known as NGC 2359. This is also dubbed the Thor’s Helmet nebula, due to the arching arms of gas stemming from the central bulge and curving towards the top left and right of the frame, creating a shape reminiscent of the Norse god’s winged helmet.

The neon colours in this image are not just beautiful, they also tell us about the nebula’s composition. The bright blue patches show X-ray emission, spotted by the EPIC cameras on ESA’s XMM-Newton space observatory, while the pale red and green regions trace the glow from ionised hydrogen and oxygen, as seen by the Stars and Shadows Remote Observatory South at the Cerro Tololo Inter-American Observatory.

The intense X-ray emission detected by XMM-Newton is emanating from a star at the centre of the nebula. This star, a Wolf-Rayet star named HD 56925, is old, massive and pushing out incredible amounts of material at a staggering pace: the star loses a mass equivalent to that of the Sun in less than 100 000 years, in the form of a wind moving faster than 1500 km/s.

Having such violent inhabitants has influenced NGC 2359’s messy shape. The nebula consists of a central bubble surrounded by a tangled web of gaseous filaments, thick channels of dark dust and bright outbursts, where material swept up by the stellar wind has collided with the surrounding gas and triggered rippling shock waves throughout the region.

The blue patches in this image highlight the nebula’s hottest regions: the central bubble and a blowout to its lower left. NGC 2359’s gas is thought to reach temperatures ranging from several million up to tens of millions of degrees.

This image combines X-ray data collected in 2013 by XMM-Newton (blue) with optical observations from Cerro Tololo in Chile (green and red). North is to the left, west is up. It was first published in the XMM-Newton image gallery.