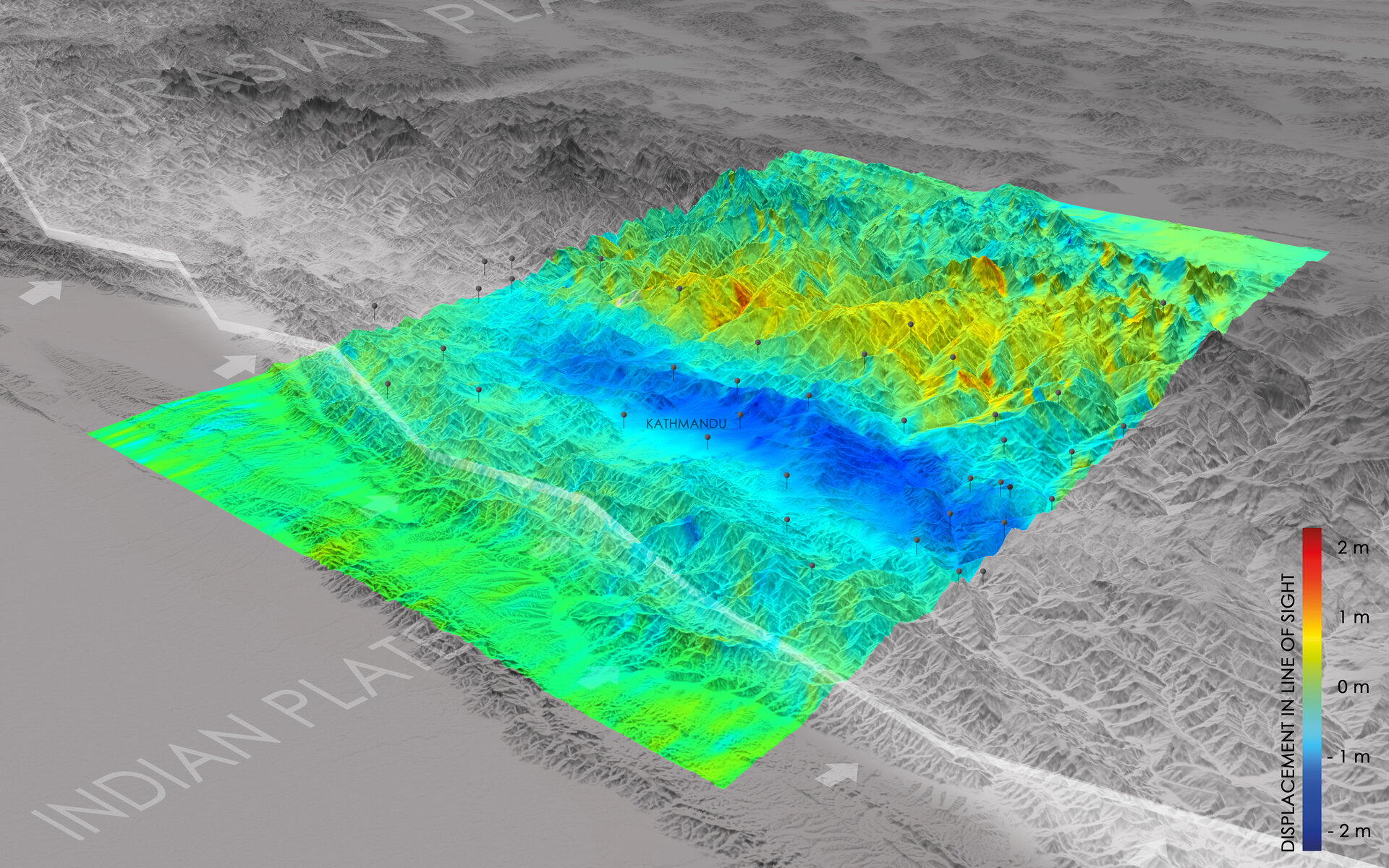 Based on data from the Sentinel-1A satellite, this image shows how and where the land uplifted and sank from the 7.8-magnitute earthquake that struck Nepal on 25 April 2015.

Near the boundary of the Indian and Eurasian tectonic plates, blue shows areas of uplift of up to 0.8 m towards the satellite (called ‘line of sight’) which could be caused by a vertical uplift of 1 m. The yellow area depicts areas of subsidence, a movement that often occurs as a counter movement to the uplift in subduction zones (where one plate dips below the other) during earthquakes. Additionally, a horizontal north–south shift of up to 2 m was detected.

This image was generated using data acquired by Sentinel-1A before and after the earthquake event.

This image was originally released by the DLR German Aerospace Center.

Read more about mapping the Nepal quake with satellites.