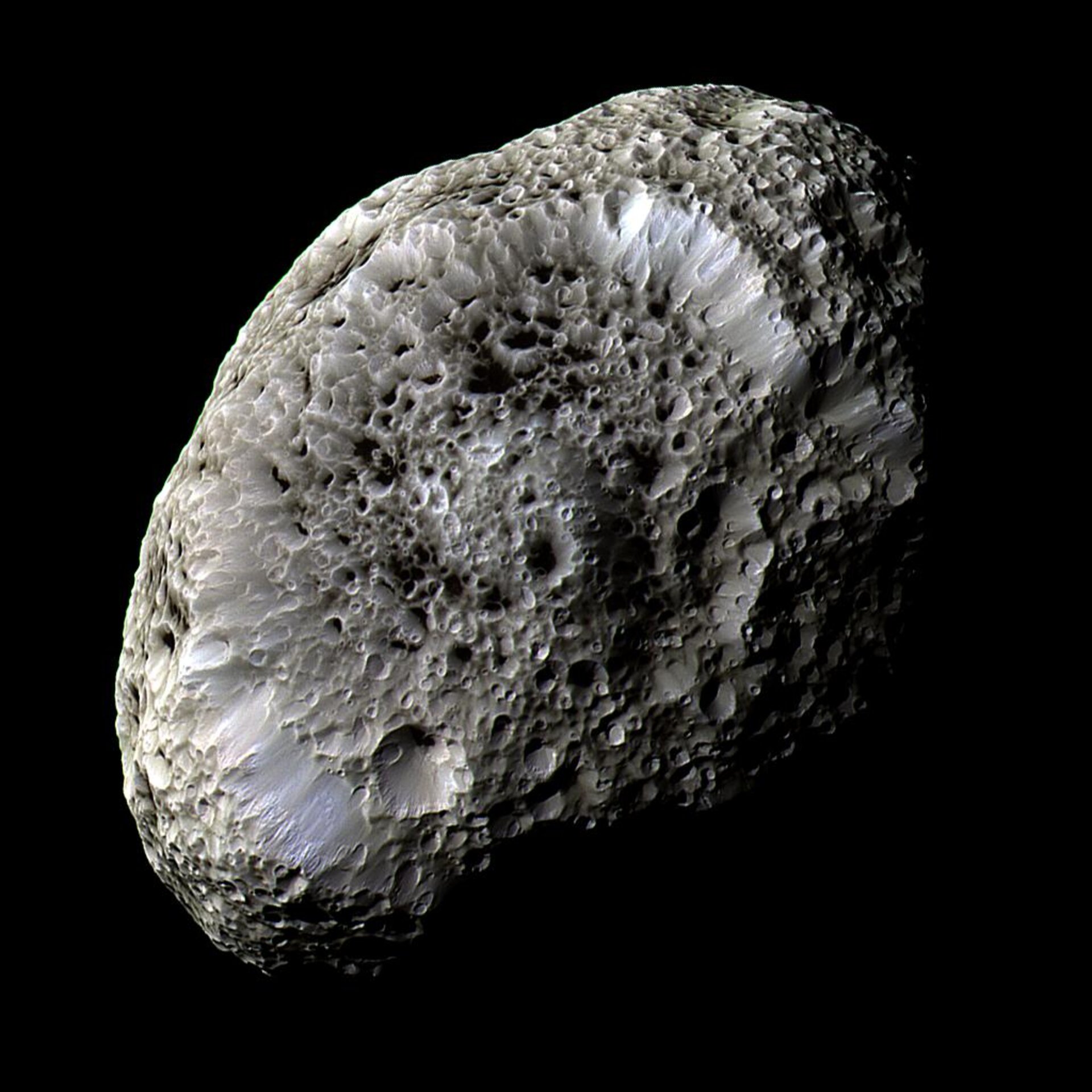 The subject of this image bears a remarkable resemblance to a porous sea sponge, floating in the inky black surroundings of the deep sea.

Indeed, the cold, hostile and lonely environment of deep water is not too far removed from deep space, the actual setting for this image in which one of Saturn’s outer moons, Hyperion, can be seen in incredible detail. This image was taken by Cassini when the spacecraft performed a flyby of the small moon on 26 September 2005.

During the flyby, Cassini got more than it bargained for as Hyperion unleashed a burst of charged particles towards the spacecraft, effectively delivering a giant 200-volt electric shock. It appears that Hyperion’s surface becomes electrostatically charged as it is bathed in charged particles – both those constantly streaming out into space from the Sun and those trapped within the magnetic field of the moon’s host planet, Saturn.

While astronomers expected many bodies throughout the Solar System to be charged, the data from the Cassini flyby represent the first-ever experience of a charged natural object in space other than our own Moon.

Hyperion is shaped a bit like a potato and, with dimensions of 410 x 260 x 220 km, is one of the largest bodies in the Solar System known to be so irregular. Its odd, almost ‘bubbly’ appearance, can be attributed to it having a very low density for its size. Because of these properties the entire moon is porous, like a sponge, with well-preserved craters of all shapes and sizes packed together across its surface. Scientists think that this moon is mostly made up of water ice, with small amounts of rock.

Images taken using infrared, green and ultraviolet filters were combined to create this view. The natural redness of Hyperion’s surface was toned down in this false-colour image to enhance the visibility of the moon’s surface features

Cassini was approximately 62 000 km from Hyperion when the image was taken, and the image scale is 362 m per pixel.

The Cassini–Huygens mission is a cooperative project between NASA, ESA and Italy’s ASI space agency.

This image was previously released on the JPL photojournal image archive in September 2005.