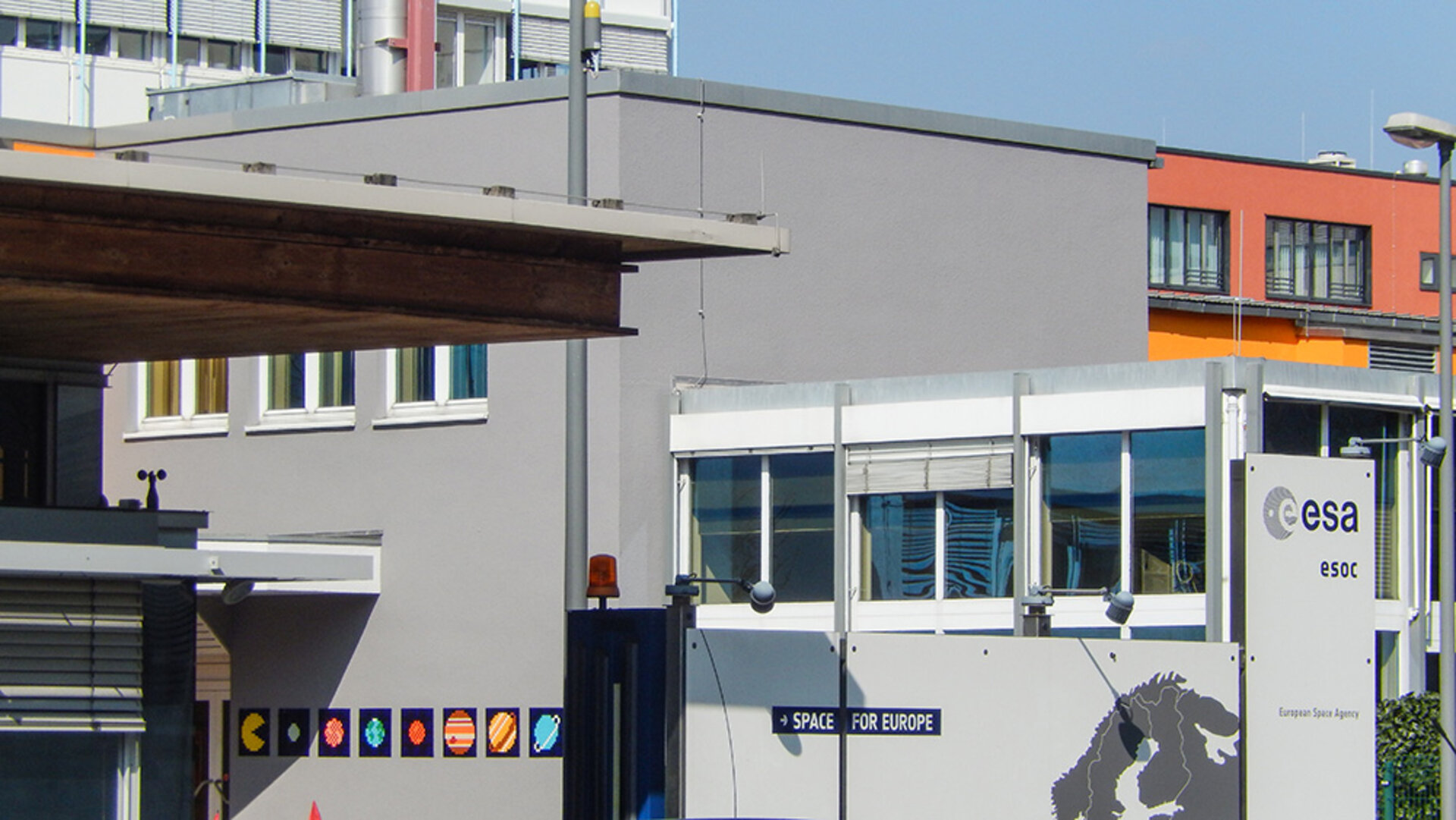 Mosaic art installed at ESA’s spacecraft operations centre ESOC in Darmstadt, Germany, on the grey building on the right. French artist Invader is installing his iconic art at ESA establishments all over Europe and even on the International Space Station.