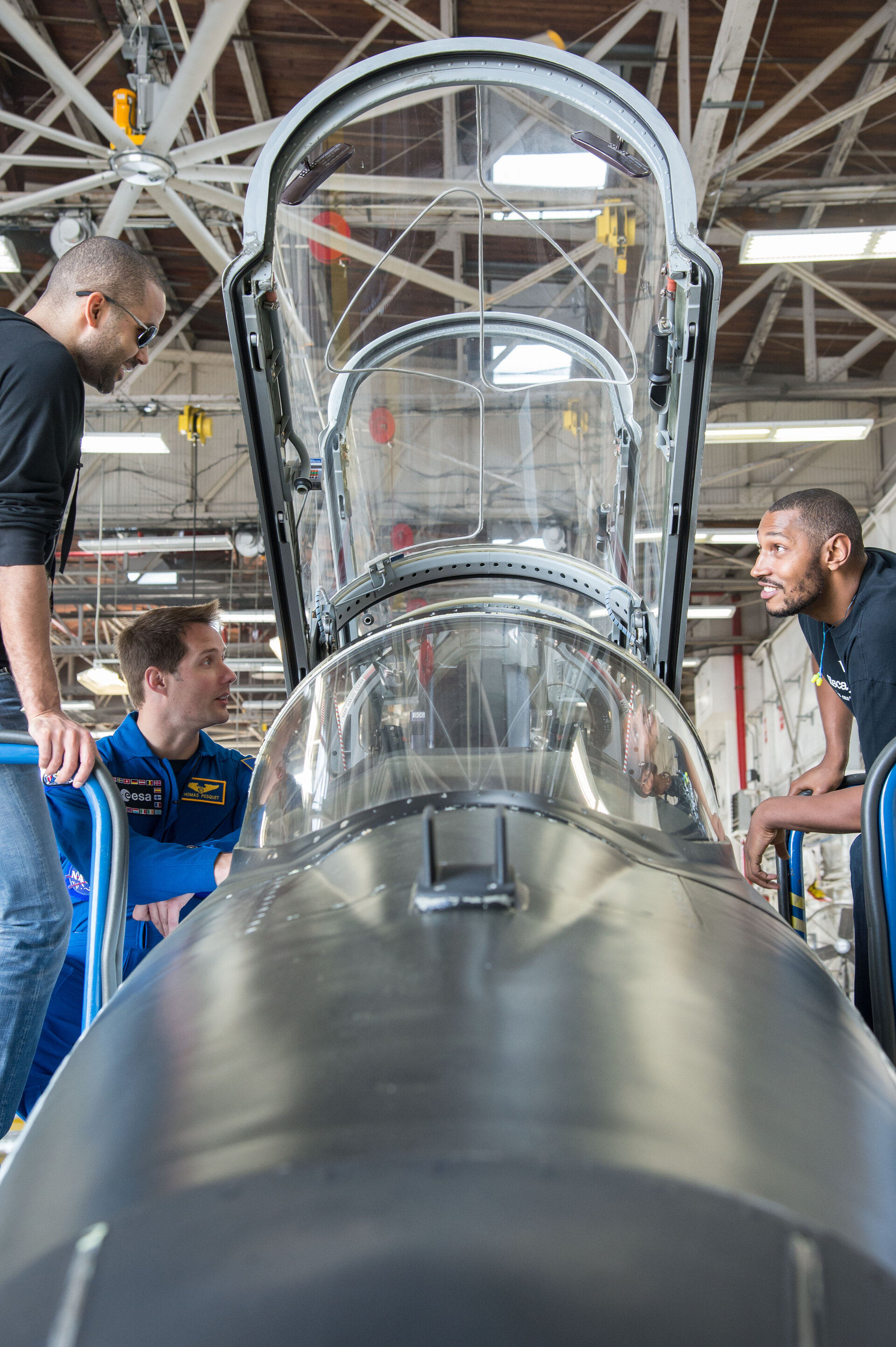 ESA astronaut Thomas Pesquet (in blue flight suit) in Houston, USA, as part of his worldwide training for his mission to the International Space Station in 2016. He took time off his busy schedule to give a guided tour of NASA’s Johnson Space Center to basketball stars Tony Parker (left) and Boris Diaw (right) 2 April 2015. All three are of French nationality with Thomas representing the European Space Agency and Boris and Tony playing for the San Antonio Spurs in the US National Basketball Association, NBA.

Thomas is showing his guests the T-38 aircraft that NASA uses to train astronauts to think fast under pressure, experiencing similar g-forces they will feel during a rocket launch while flying faster than the speed of sound. Tony and Thomas grew up in the same region in France and crossed each other on the basketball court at high school.

Thomas says: "Being an astronaut has a lot in common with a professional athlete: daily hard work, dedication, maintaining performance under pressure and doing your best with the chances you create, as well as trying to inspire kids to bring out the best in them. Tony and I crossed paths a long time ago in France and met again in Texas, we are both fascinated with each other's world and became friends along the way!"

Thomas is looking for a mission name for his flight into space and a competition is open to submit ideas. If your proposal is chosen by Thomas it will feature on his mission patch that will fly into space, the winner will also receive a mission patch signed by Thomas himself. More details can be found here: http://www.esa.int/Our_Activities/Human_Spaceflight/Astronauts/Wanted_a_mission_name_for_astronaut_Thomas