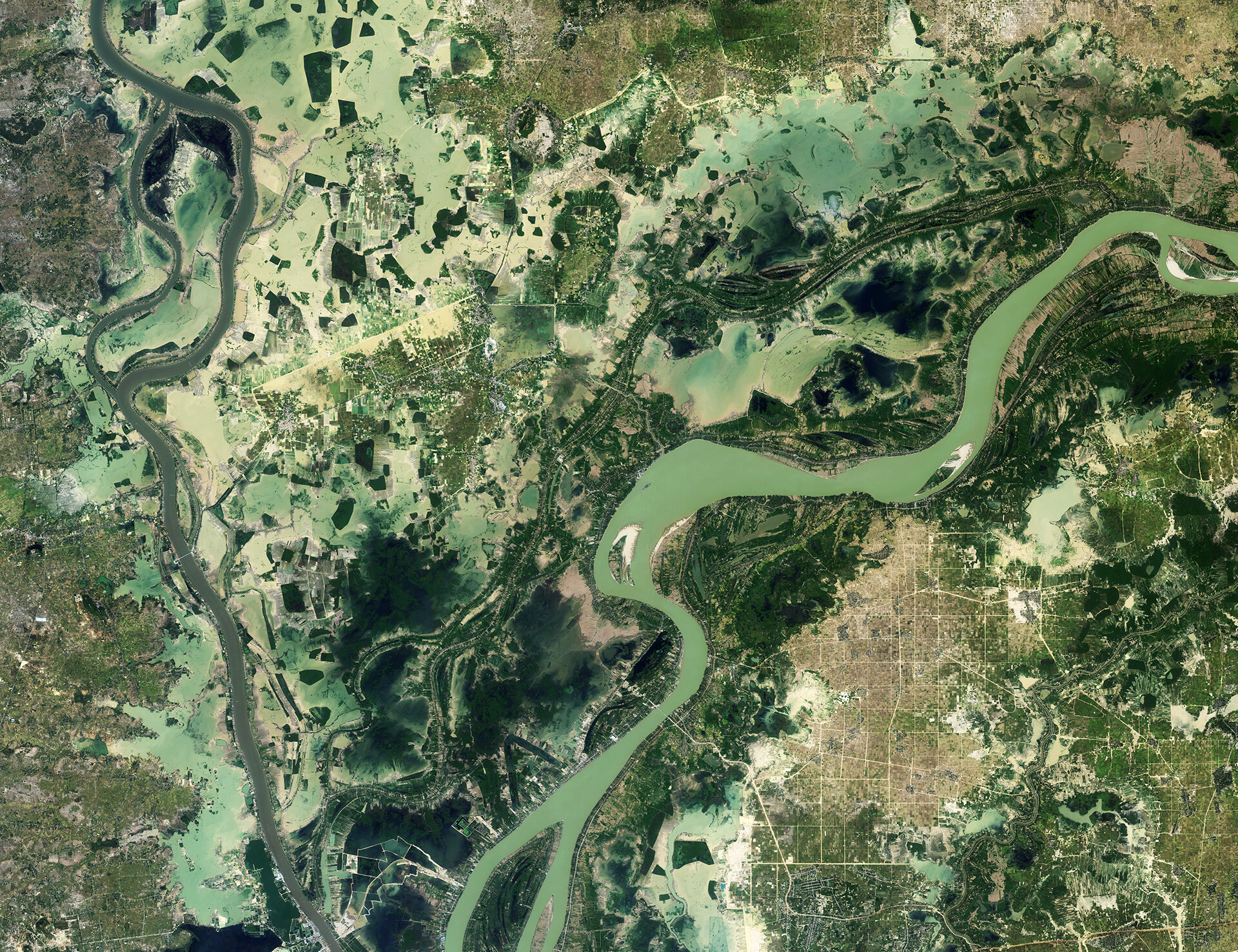 A flooded landscape in Cambodia between the Mekong River (right) and Tonlé Sap river (left) is pictured by Japan’s ALOS satellite. The centre of this image is about 30 km north of the centre of the country’s capital, Phnom Penh.

Originating on the Tibetan Plateau and passing through six countries before emptying into the South China Sea, the 4350 km-long Mekong is the single largest source of protein for communities in its basin. Tens of millions of people rely on the river for fishing, while agriculture is intensive along parts its course.

The river on the left, the Tonlé Sap, changes flow direction seasonally. During the dry season from November to May it flows south, draining into the Mekong at Phnom Penh. The direction changes during the wet season, causing a rise in water levels in the surrounding floodplains and forming a large lake further north (not pictured).

This image, also featured on the Earth from Space video programme, was captured by the AVNIR-2 instrument on Japan’s ALOS satellite on 5 December 2009.

This is just one of about 50 satellite images on display at the National Museum of Science and Technology in Milan, Italy.

As part of the ‘My Planet from Space: Fragility and Beauty’ exhibition, the collection takes you on a journey to some of the most beautiful and remote places on Earth. The exhibition has been organised to coincide with the Expo 2015, with a focus on agriculture to highlight the Expo’s theme of ‘Feeding the Planet, Energy for Life’.