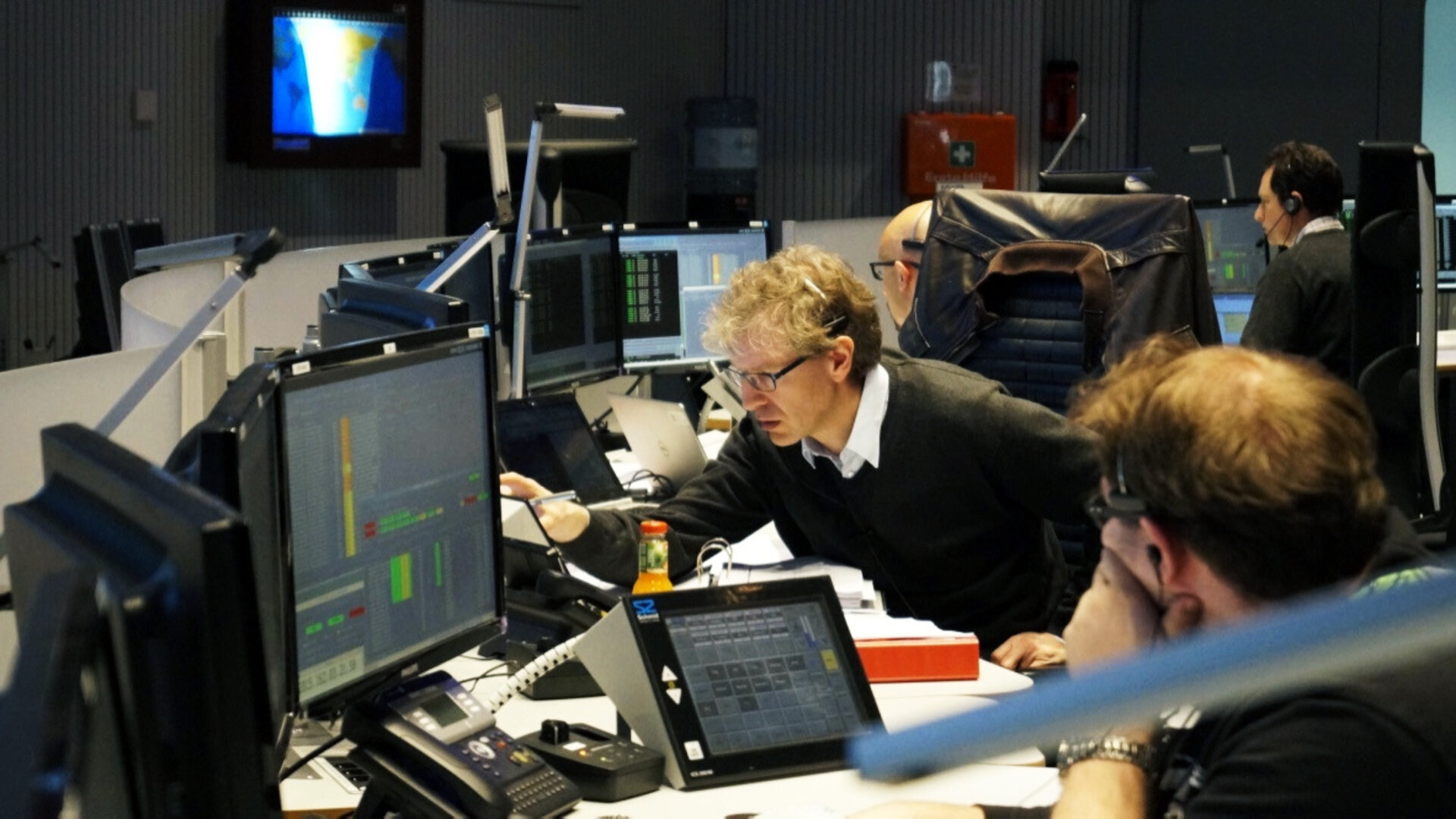 In this image, Spacecraft Operations Manager Franco Marchese and the Sentinel-2 mission control team are seen during simulation training in the Main Control Room at ESOC, Darmstadt, on 28 April 2015.

The team is conducting a series of intensive training sessions in preparation for the mission's critical Launch and Early Orbit Phase (LEOP) following liftoff.

During LEOP, starting just after separation from the launcher, the team will assume control of the spacecraft, working around the clock to activate crucial onboard systems and ensure the spacecraft’s health in the extreme environment of space.

The team will be split into an A and B section, to provide staffing 24 hours a day in the control room, while ground stations will provide contact with the satellite during every orbit.

The team specifically train to react to any unforeseen contingency with the spacecraft and its complex onboard systems.

The training campaign has lasted several months and will end just before launch, with all the needed experts at ESOC – mission operations, flight dynamics, ground stations, software systems and others – ready for Sentinel-2 liftoff in June 2015.