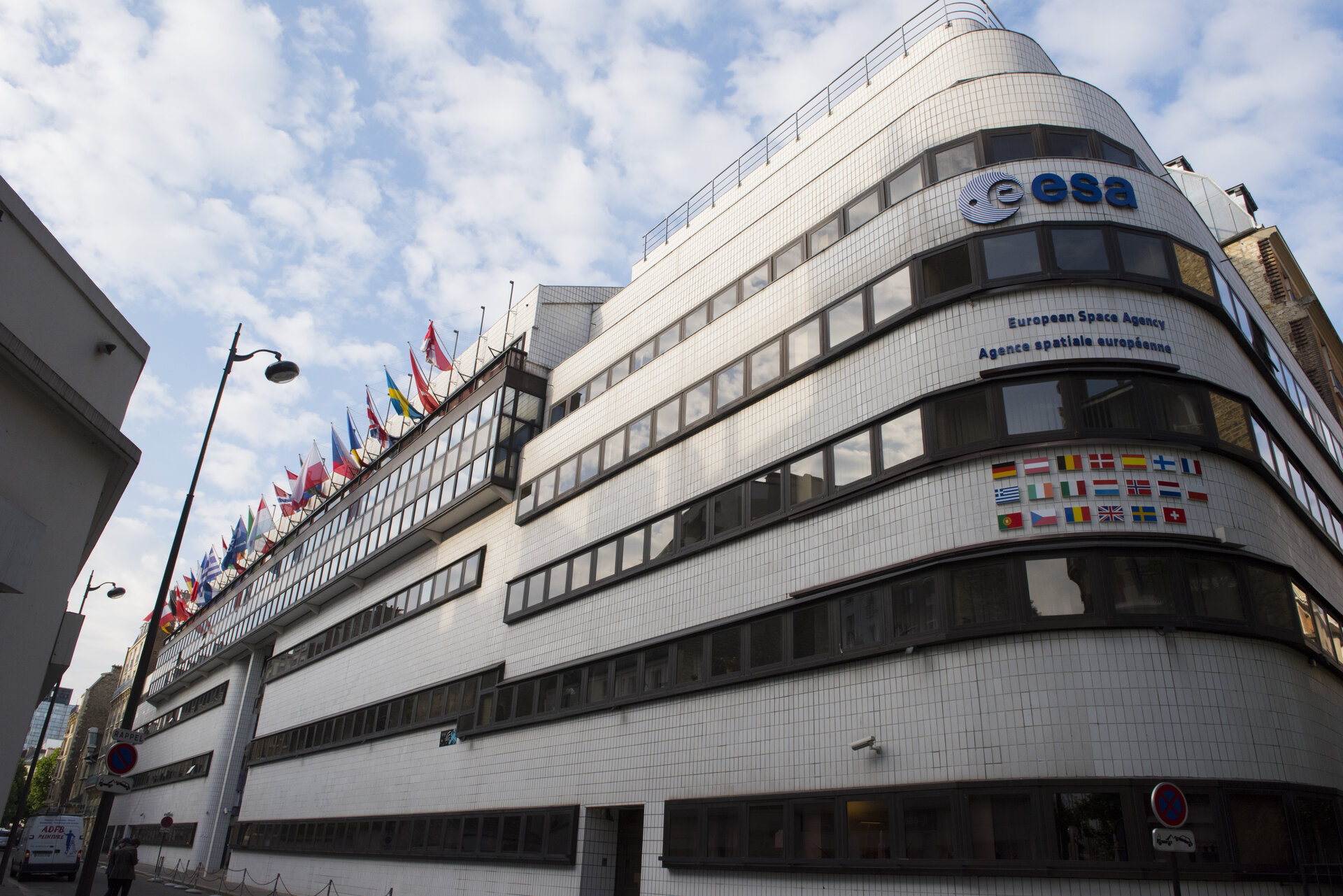 Mosaic art installed at ESA’s Headquarters in Paris, France. French artist Invader is installing his iconic art at ESA establishments all over Europe and even on the International Space Station.

After ESA astronaut Samantha Cristoforetti found a space invader called ‘Space2’ in the Columbus space laboratory, the space-themed art has appeared at the European Astronaut Centre in Cologne, Germany, at ESA’s Redu Centre in Belgium and at the European Space Operations Centre in Darmstadt, Germany.