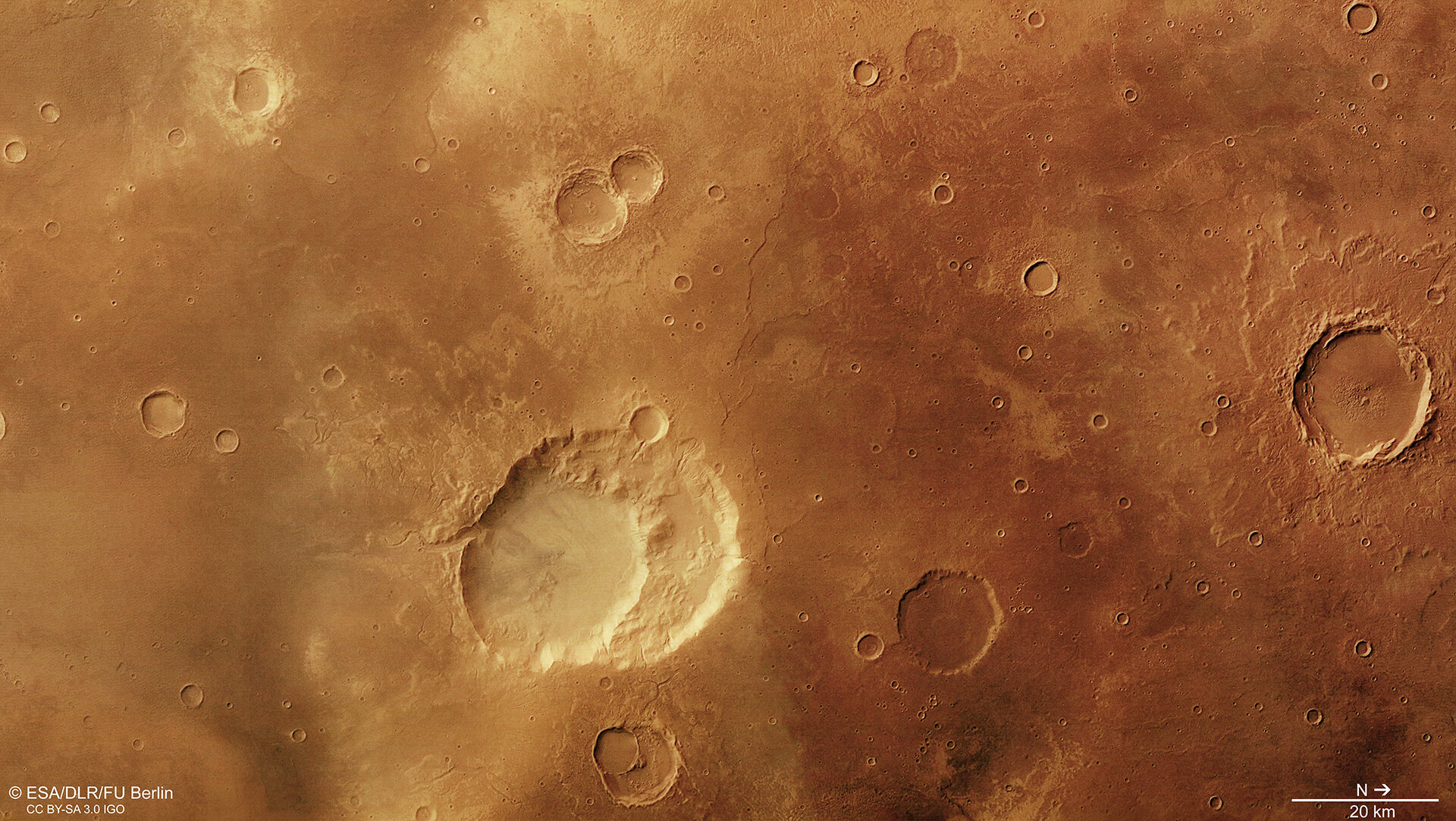 The 30 x 40 km Siloe Patera structure lies close to the centre of this colour image within the Arabia Terra region of Mars. A recent study favours this construct as the remains of a volcanic caldera.

The image was acquired by the High Resolution Stereo Camera on ESA’s Mars Express 26 November 2014 during Mars Express Orbit 13837. The image is centred on 36ºN / 6ºE. The ground resolution is about 24 m per pixel.