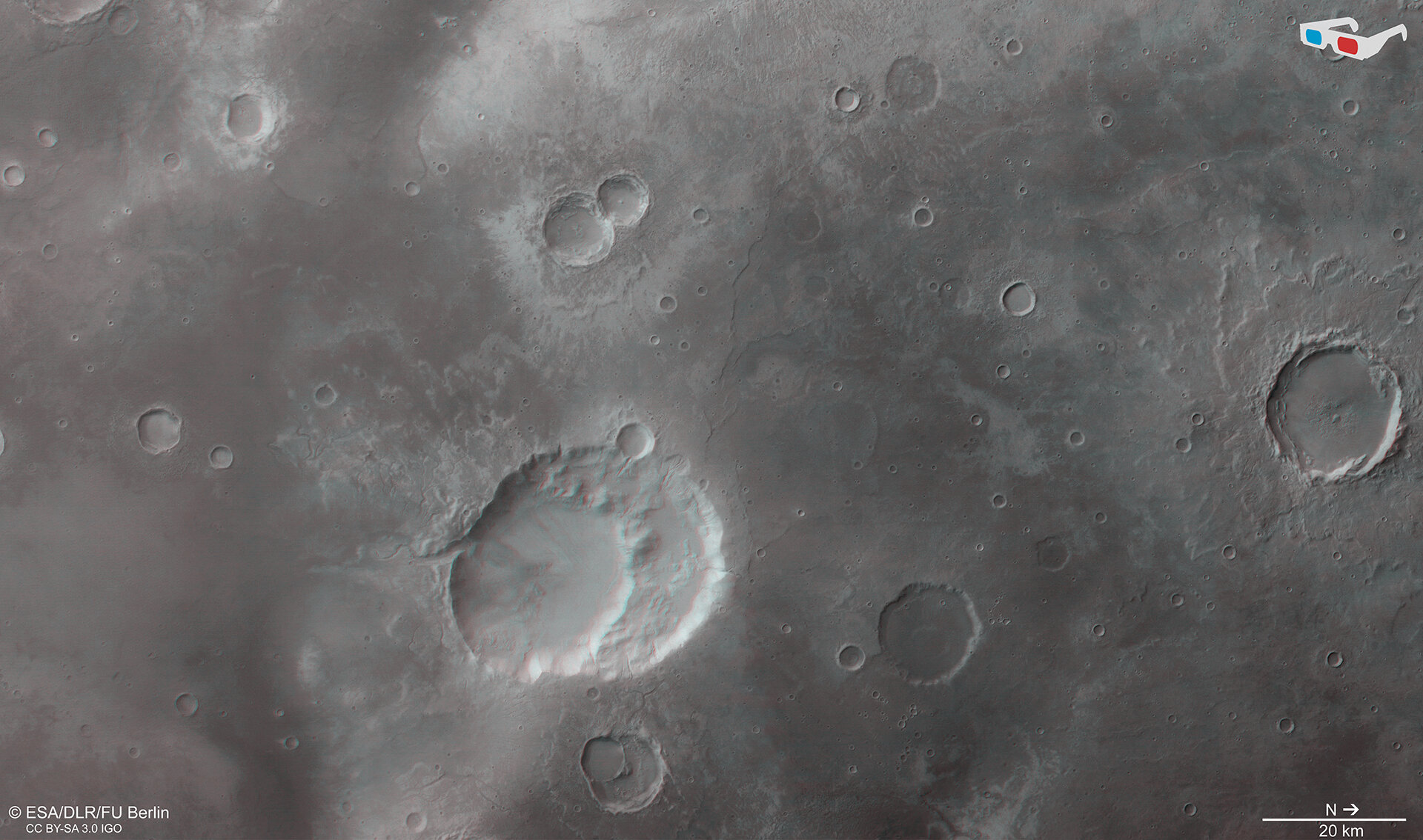 This anaglyph image showing part of the Arabia Terra region of Mars, provides a 3D view of the landscape when viewed using stereoscopic glasses with red–green or red–blue filters. It was derived from data acquired by the nadir channel and one stereo channel of the High Resolution Stereo Camera on ESA’s Mars Express.