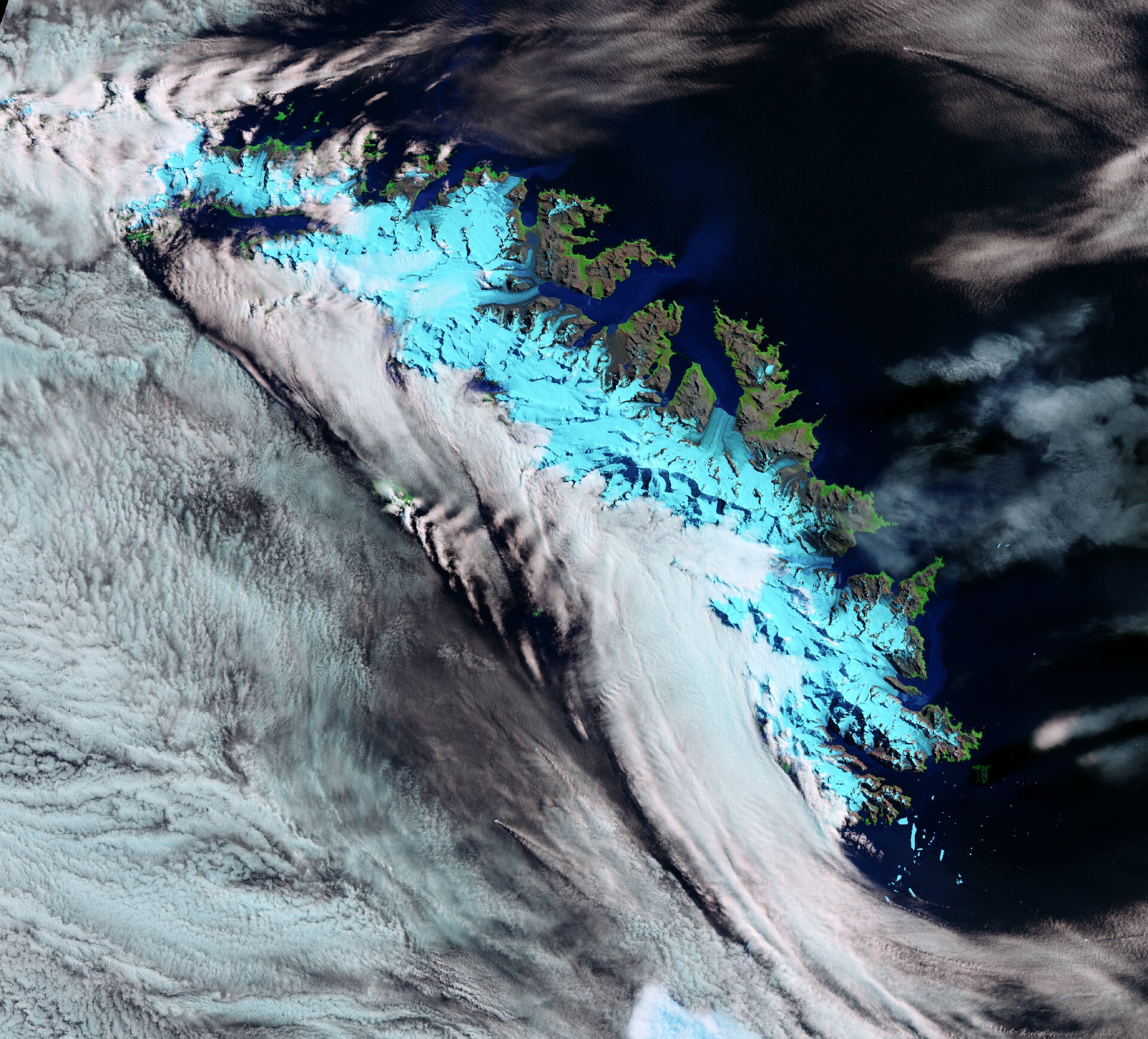 The northeast coast of South Georgia Island in the southern Atlantic Ocean is pictured in this satellite image. Clouds, however, block our view of its southwestern coast.

As part of the South Georgia and the South Sandwich Islands – a British overseas territory – this island is the largest in the territory covering 3500 sq km. Its mountainous terrain has numerous high peaks over 2000 m with the highest, Mount Paget, standing over 2930 m.

No permanent residents live on the island, but a small number of government officers, scientists and museum staff inhabit South Georgia for parts of the year.

The island is home to a number of glaciers, some of which we can see along the jagged coast. The largest is Fortuna Glacier visible on the upper-central portion of the image.

The ‘tidewater’ glaciers in this area lift off of the land and float out over the water, making them sensitive to warming ocean water temperatures underneath. South of Fortuna, the retreat of Neumayer Glacier was captured by NASA’s EO-1 satellite in 2009 and 2011, showing a one-km retreat over the two-year period.

Measuring the retreat of glaciers was difficult before the advent of satellites, which can gather information frequently and over large areas, providing an effective means to quantify the melting of ice shelves.

This image, also featured on the Earth from Space video programme, was captured by the Landsat-8 satellite on 16 February 2015.