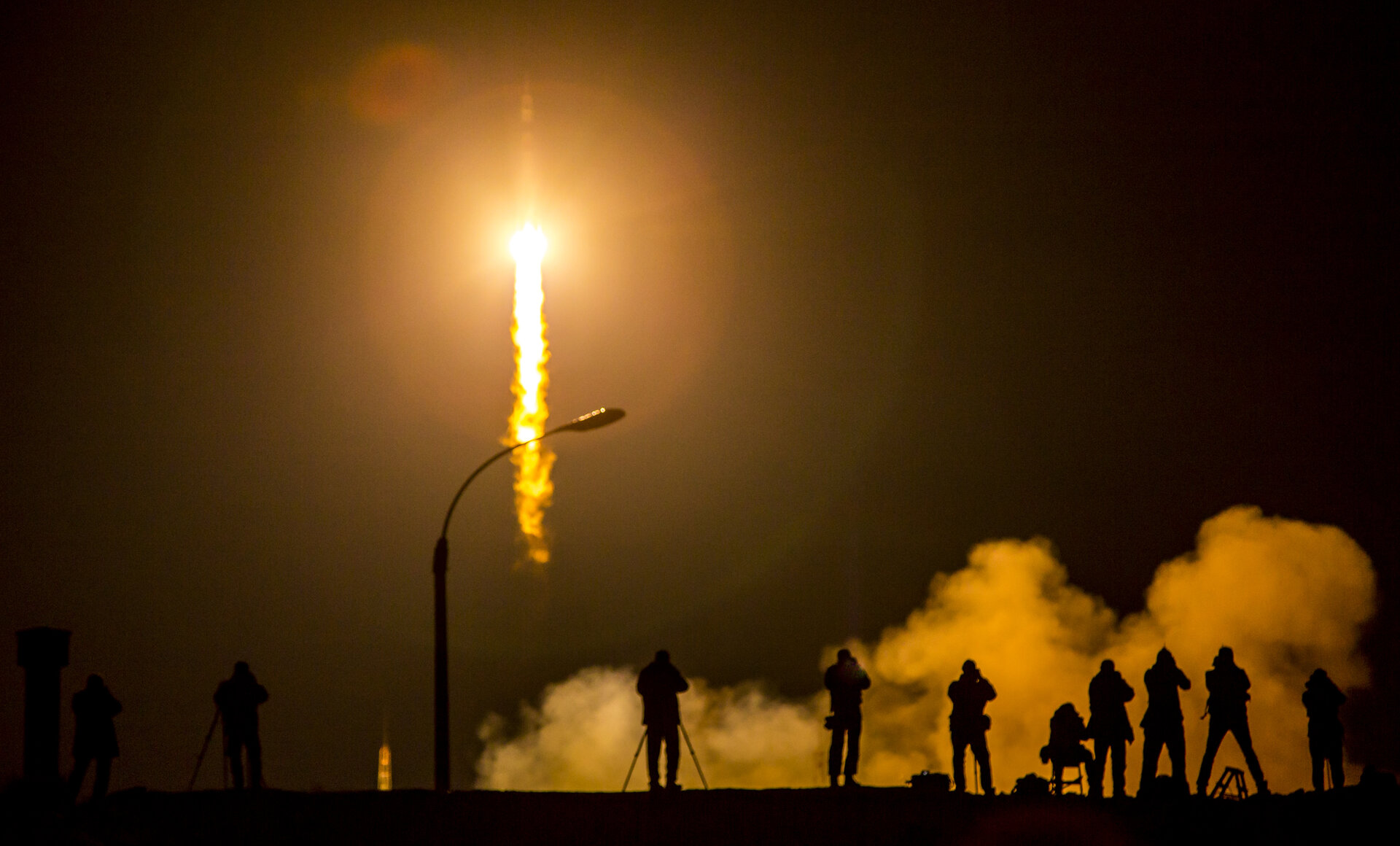 The Soyuz TMA-16M spacecraft is launched towards the International Space Station. Journeying aloft are Expedition 43 NASA astronaut Scott Kelly and Russian cosmonauts Mikhail Kornienko and Gennady Padalka. They were launched on 27 March 2015 from the Baikonur Cosmodrome in Kazakhstan. Scott and Mikhail will stay on the Space Station for 11 months and return to Earth in Soyuz TMA-18M in March 2016.

ESA astronaut Andreas Mogensen and his crewmates will fly to the Station in Soyuz TMA-18M in September 2015 and return to Earth in the Soyuz TMA-16M pictured here.