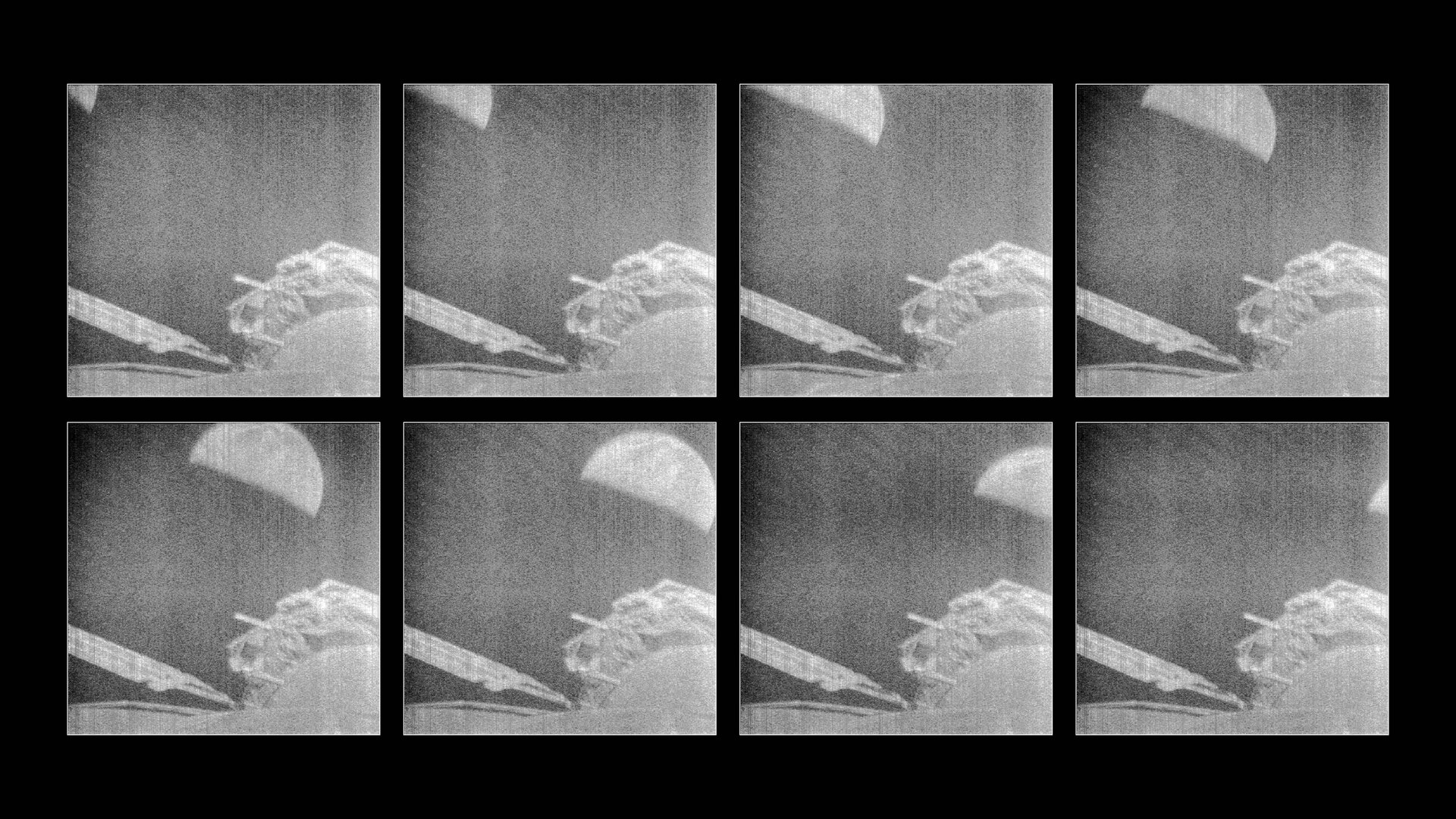 This series of images was taken 15 years ago, a couple of months after the launch of ESA’s XMM-Newton space observatory. These unique views, showing parts of the spacecraft main body and solar wings, feature a guest of honour – Earth – which crosses the field of view from left to right, as the satellite slews across our planet.

Launched on 10 December 1999, XMM-Newton is an X-ray observatory, designed to investigate some of the most violent phenomena in the Universe. Sources that emit large amounts of X-rays – radiation with very high energy – include remnants of supernova explosions and the surroundings of black holes.

Detecting this energetic radiation is a daunting endeavour, requiring techniques that are greatly different from those used in traditional telescopes. In the case of XMM-Newton, it carries a science module with three telescopes consisting each of 58 nested mirrors. These sit at one end of a 7 m-long tube, while at the other end is the focal plane with the scientific instrumentation.

In addition, the spacecraft was also equipped with two Visual Monitoring Cameras, mounted outside the instrument module and looking along the tube towards the mirror module and solar wings. The cameras, named Fuga and Iris, respectively, were used by the flight control team to check how the solar wings unfolded after launch.

About two months later, on 16 February 2000, the two cameras were being tested, as part of the spacecraft commissioning phase. Incidentally, the spacecraft was slewing across our planet at the time, at an altitude between 45 000 km and 50 000 km.

As a result, Fuga took this fascinating series of what would now be called ‘space selfies’, depicting parts of the tube, service module and solar wings in front of a half-Earth. Interestingly, some of the views show hints of our planet’s stormy atmosphere, a barrier to highly energetic light and the very reason why X-ray observatories like XMM-Newton have to be operated in space.

At the time when these images were taken, XMM-Newton was on its 35th revolution around Earth. More than 15 years later, it has now completed over 2800 revolutions, obtaining a wealth of cutting-edge data that are being used by astronomers worldwide and have produced over 4000 scientific publications so far. One of these images was originally published in February 2000.