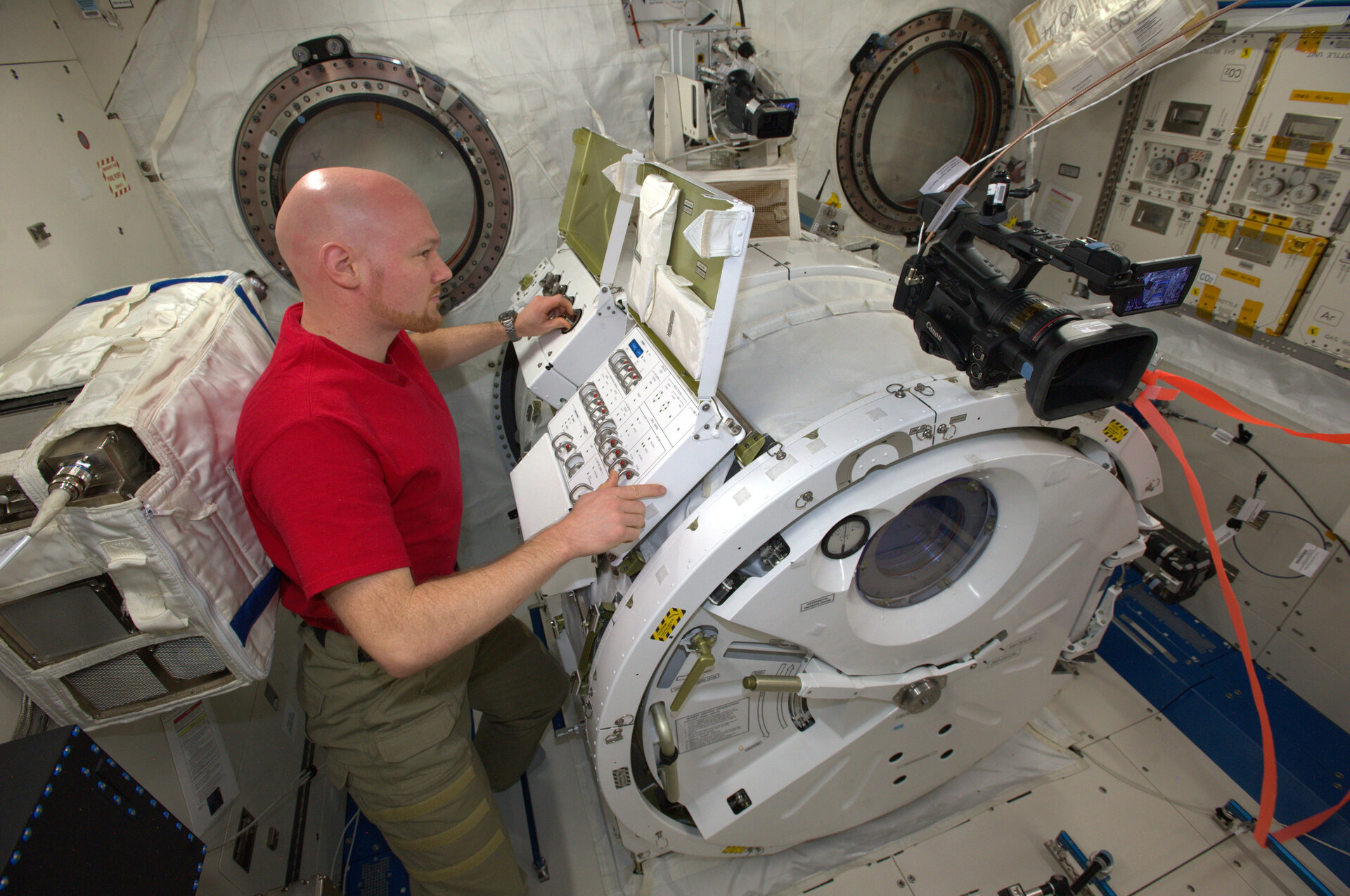 Alexander tweeted the image with the comment: "My only literally depressing moment in space: releasing air out of the Japanese airlock for a CubeSat launch ;)"

CubeSats are nanosatellites of standardised dimensions, composed of one or more units that are 10x10x10cm in size and that have a mass of up to 1.33kg. To date, the vast majority of CubeSat activities belong to the category of radio amateur or university projects. Smaller in size and faster to develop than bigger classes of satellites, CubeSats offer students a true hands-on experience in designing, developing, testing, and operating a real spacecraft system and its ground segment. Lately, CubeSats have also started to show an increasing potential for commercial use, and are recognised as one of the current top trends in space activities