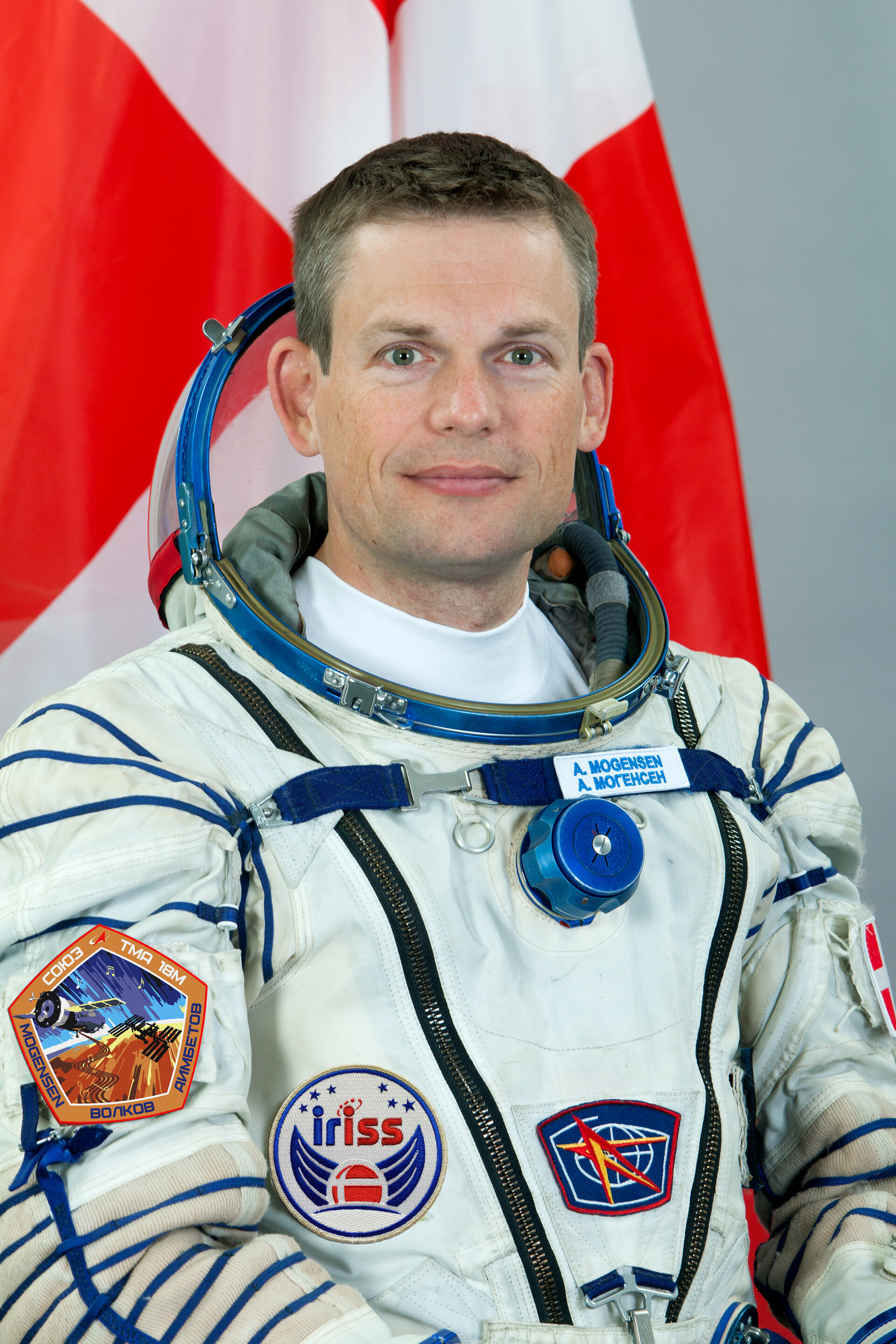 ESA astronaut Andreas Mogensen’s official portrait for the Soyuz TMA-18M flight that will take him to the International Space Station in September 2015. He is wearing the Sokol suit that will protect him for the six-hour flight to the Station.

Andreas is the Soyuz flight engineer, flying with with commander Sergei Volkov and Kazakh cosmonaut Aidyn Aimbetov. The mission for Andreas and Aidyn is part of a marathon mission for NASA astronaut Scott Kelly and cosmonaut Mikhail Korniyenko, who will stay in space for 11 months. An older Soyuz crew ferry is reaching the end of its six-month ‘space warranty’ and needs to be replaced by a new craft delivery courtesy of Sergei, Andreas and Aidyn.

Andreas has an essential role in this spacecraft swap, assisting both Soyuz commanders on each flight as a flight engineer, or second-in-command.