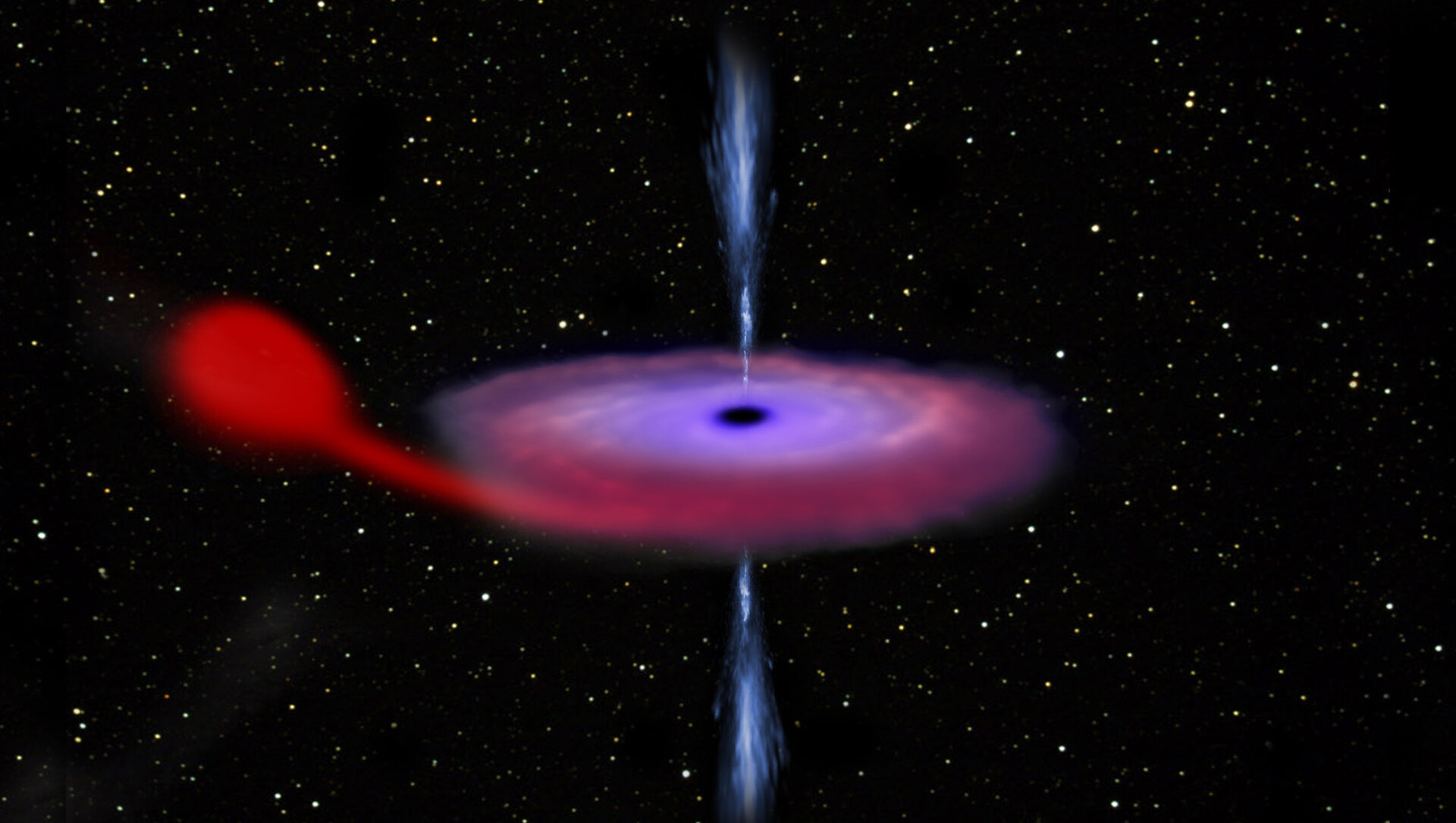 Artist’s impression of a black hole feasting on matter from its companion star in a binary system. Material flows from the star towards the black hole and gathers in a disc, where it is heated up, shining brightly at optical, ultraviolet and X-ray wavelengths before spiralling into the black hole. Part of the disc material does not end up onto the black hole but is ejected the form of two powerful jets of particles.

On 15 June 2015, the black-hole binary system V404 Cygni started showing signs of extraordinary activity, something that had not happened since 1989. The system consists of a black hole about twelve times more massive than the Sun and a companion star about half as massive as the Sun.

The renewed activity is likely caused by material slowly piling up in the disc, until eventually reaching a tipping point that dramatically changes the black hole's feeding routine for a short period. Since the first signs of such unusual activity, astronomers worldwide have been observing this exceptional system with ground-based telescopes and space-based observatories, monitoring the source at many different wavelengths across the electromagnetic spectrum.