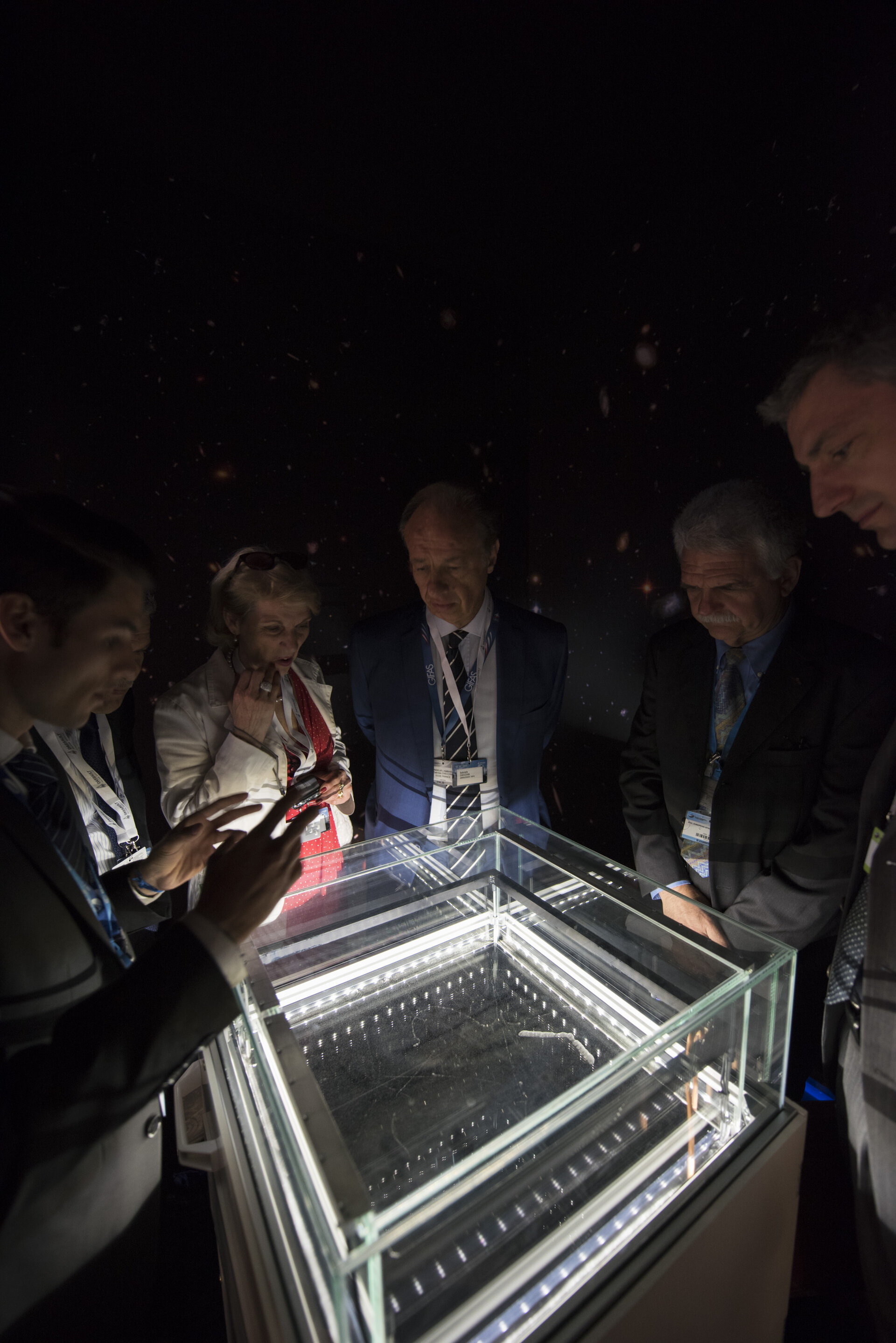 VIP visitors to the ESA pavilion at Le Bourget peer into a ‘cloud chamber’, which reveals the tracks of cosmic ray particles that continuously but invisibly pelt our planet.

Franco Bonacina, spokesperson for the ESA Director General, showed Gabriele Checchia (centre), Italian Ambassador to the Organisation for Economic Cooperation and Development, and his aides around the ESA pavilion at the Paris Air and Space Show on Wednesday, 17 June.

The darkened chamber is a popular draw for visitors. Particles are seen in the cloud chamber as they ionise supersaturated alcohol vapour along their tracks. These tracks can then be observed as vapour mist of various shapes and forms.

The apparent void of space is actually awash in high-energy particle radiation – originating from both our own Sun and the wider Universe – which can have a harmful effect on delicate satellite components.

Electrical, electronic and electromechanical components, the fundamental building blocks of any space mission, are tested for this harsh environment at both ESA’s ESTEC technical centre in the Netherlands and by a network of external particle accelerator sites across Europe.

This cloud chamber was developed and manufactured as part of a Master’s degree study by Mikko Laitinen at the University of Jyväskylä, Finland. The University is also a member of ESA’s radiation testing network.