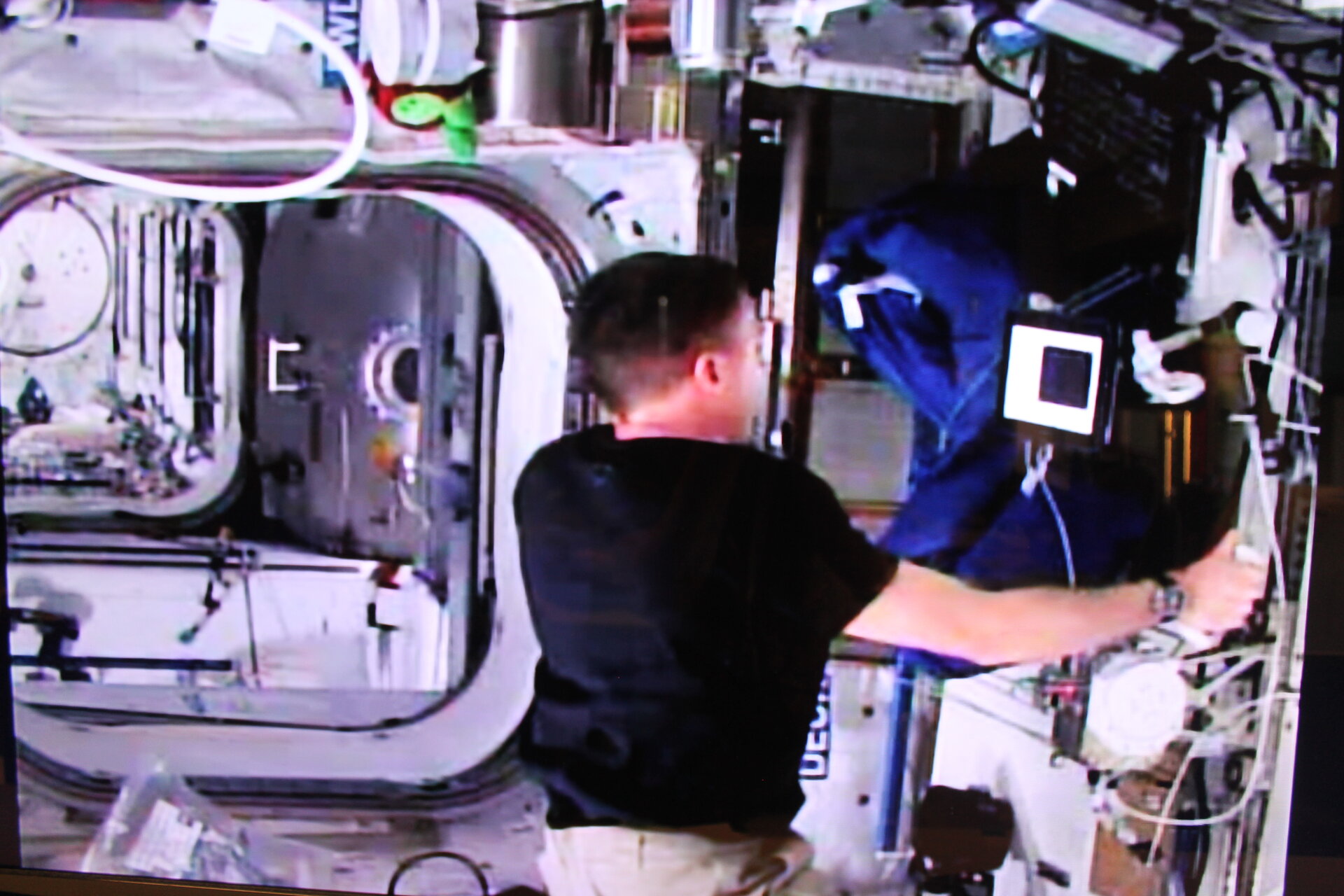 Astronaut Terry Virts on the ISS shaking with the head of ESA's Telerobotics Lab Andre Schiele on the ground via a force-feedback joystick on the evening of 3 June 2015. First the ISS joystick was moved, then the slaved joystick on the ground. Then Andre shook the ground joystick in turn, felt by Terry in orbit. This first 'handshake with space' took place as part of the Lab's Haptics-2 experiment, harnessing advanced telerobotics technology for the control of space robot systems. ESA's Telerobotics and Haptics Laboratory is based at ESA's ESTEC technical centre in Noordwijk, the Netherlands.