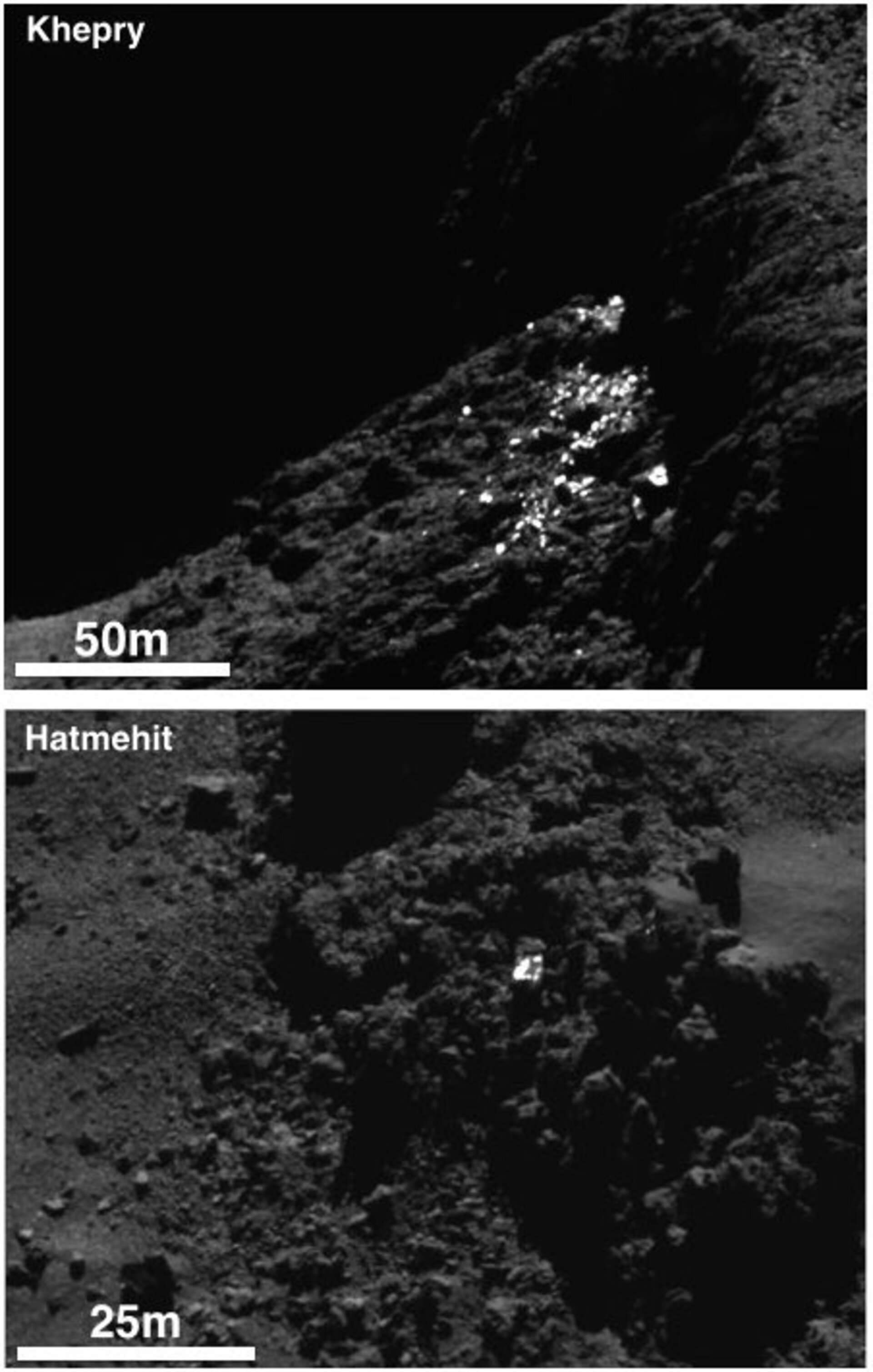 Example of a cluster of bright spots on Comet 67P/Churyumov-Gerasimenko found in the Khepry region (top) and an individual boulder with bright patches on its surface in the Hatmehit region (bottom). The bright patches are thought to be exposures of water-ice.

In total, 120 bright areas like these were identified in images acquired during September 2014. Both images shown here are subsets of OSIRIS narrow-angle camera images taken on 30 September, when the spacecraft was about 20 km from the comet centre.