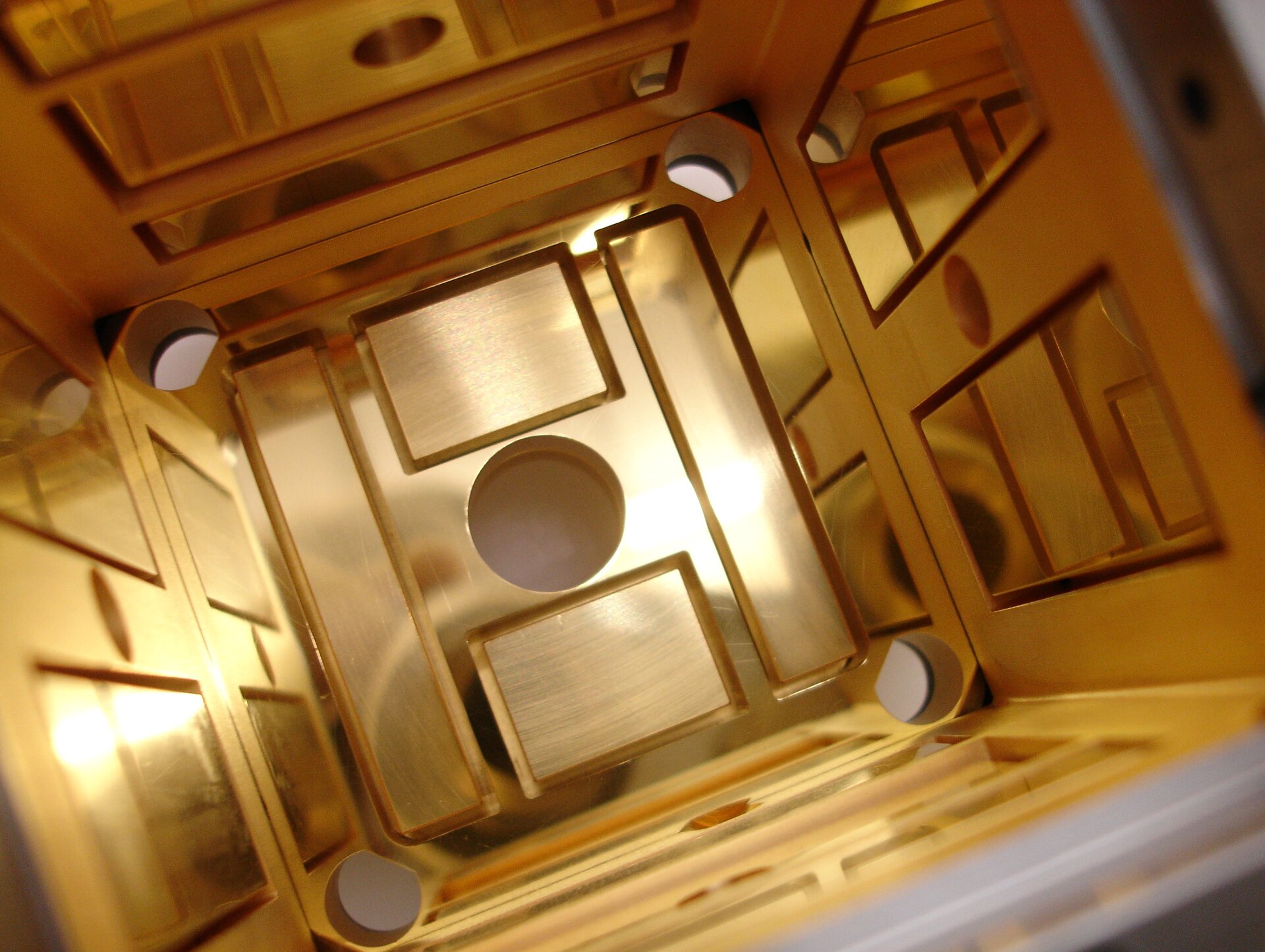 This photo, suggestive of an old-fashioned lift cage, in fact shows inside a much smaller enclosure: one of the electrode housing boxes that will fly on ESA’s LISA Pathfinder mission, planned for launch later this year. The inside of the box measures 5.5 cm on each side.

LISA Pathfinder is a technology demonstrator that will pave the way for future space-based observatories measuring gravitational waves – ripples in the fabric of space-time that are predicted by Albert Einstein’s general theory of relativity. Produced by massive accelerating bodies, these perturbations are expected to be abundant across the Universe, but they are yet to be detected directly.

Although not aiming at detecting gravitational waves, LISA Pathfinder will test the technologies that could be used for this daunting endeavour. In particular, the mission’s goal is to achieve the best free-fall ever, reducing all the non-gravitational forces acting on two test masses and controlling any residual effect with unprecedented accuracy.

LISA Pathfinder's test masses are two identical cubes of solid gold–platinum alloy, measuring 4.6 cm on a side and almost 2 kg each. Once in space, they will have no mechanical contact with their immediate environment. Each cube is surrounded by an ‘electrode housing’, its walls lying several millimetres from the cube on all six sides.

The boxes will track the positions of the test masses and apply tiny adjustments if needed. The housings are part of highly sophisticated equipment that includes a laser metrology system and several microthrusters to apply small shifts to the spacecraft’s position to keep it centred on the masses.

In fact, achieving a near-perfect gravitational free fall is very complex even in space, as forces other than gravity will disturb the motion of the cubes, including pressure from sunlight and particles from the solar wind.

The data collected by LISA Pathfinder will reveal all the spurious effects that can affect the purely gravitational motion of two test masses in space. In a full-scale gravitational wave observatory, the test masses would be contained in individual spacecraft separated by a million kilometres. Knowledge of all the non-gravitational forces acting on them will be needed to calibrate and optimise such a future experiment, enabling the detection of possible variations in the position of the test masses caused by a passing gravitational wave.