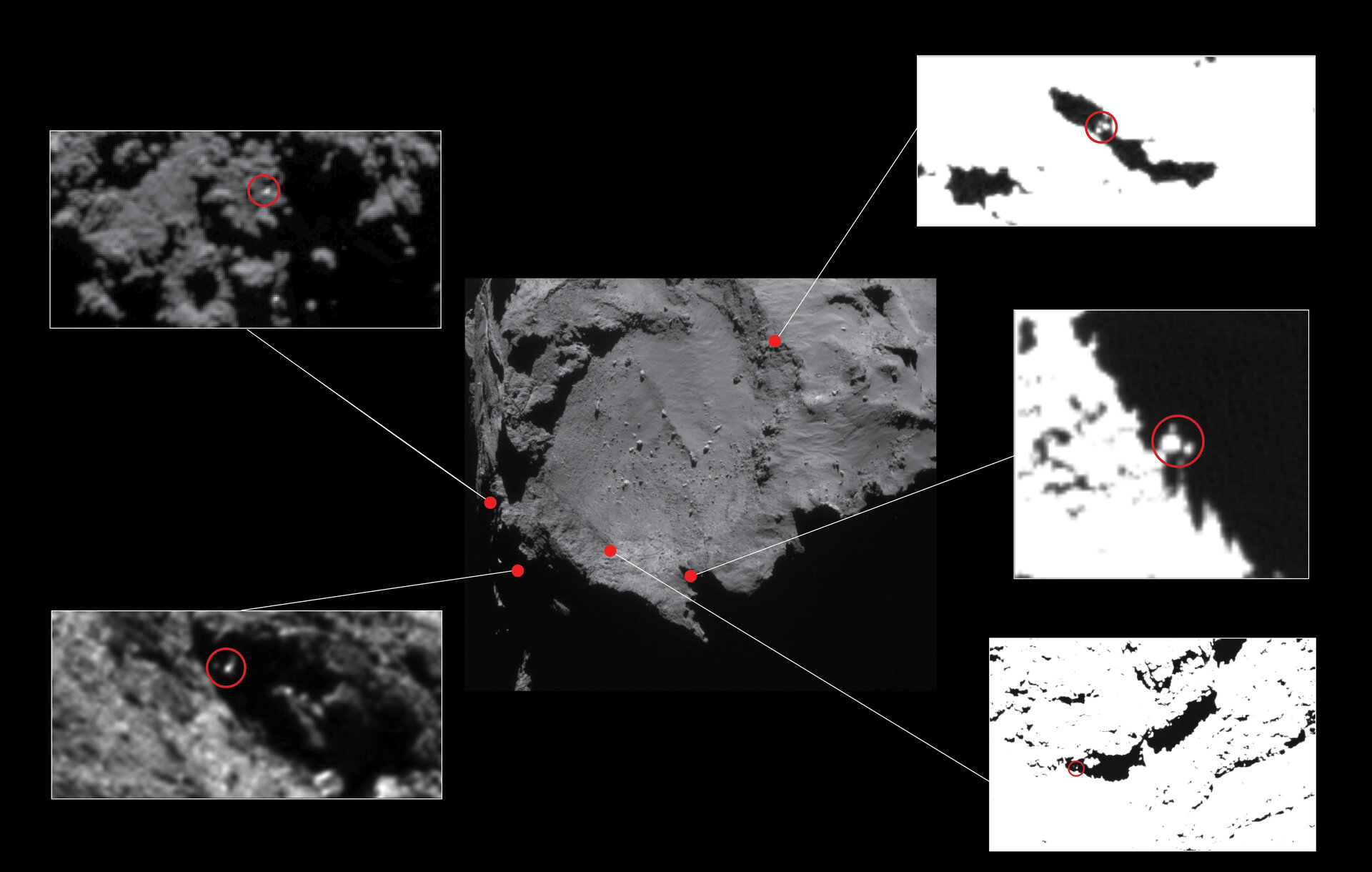 Approximate locations of five lander candidates initially identified in high-resolution OSIRIS Narrow Angle Camera images taken in December 2014, from a distance of about 20 km from the centre of Comet 67P/Churyumov–Gerasimenko. The candidates are circled in the close-ups, identifying Philae-sized features about 1–2 m across. The contrast has been stretched in some of the images to better reveal the candidates. All but one of these candidates (top left) have subsequently been ruled out of consideration due to constraints including the reconstructed lander trajectory and topography at the landing site. The candidate at top left lies near to the current CONSERT ellipse.

Update 12 June: Note this image has been updated due to an error in the previous version.