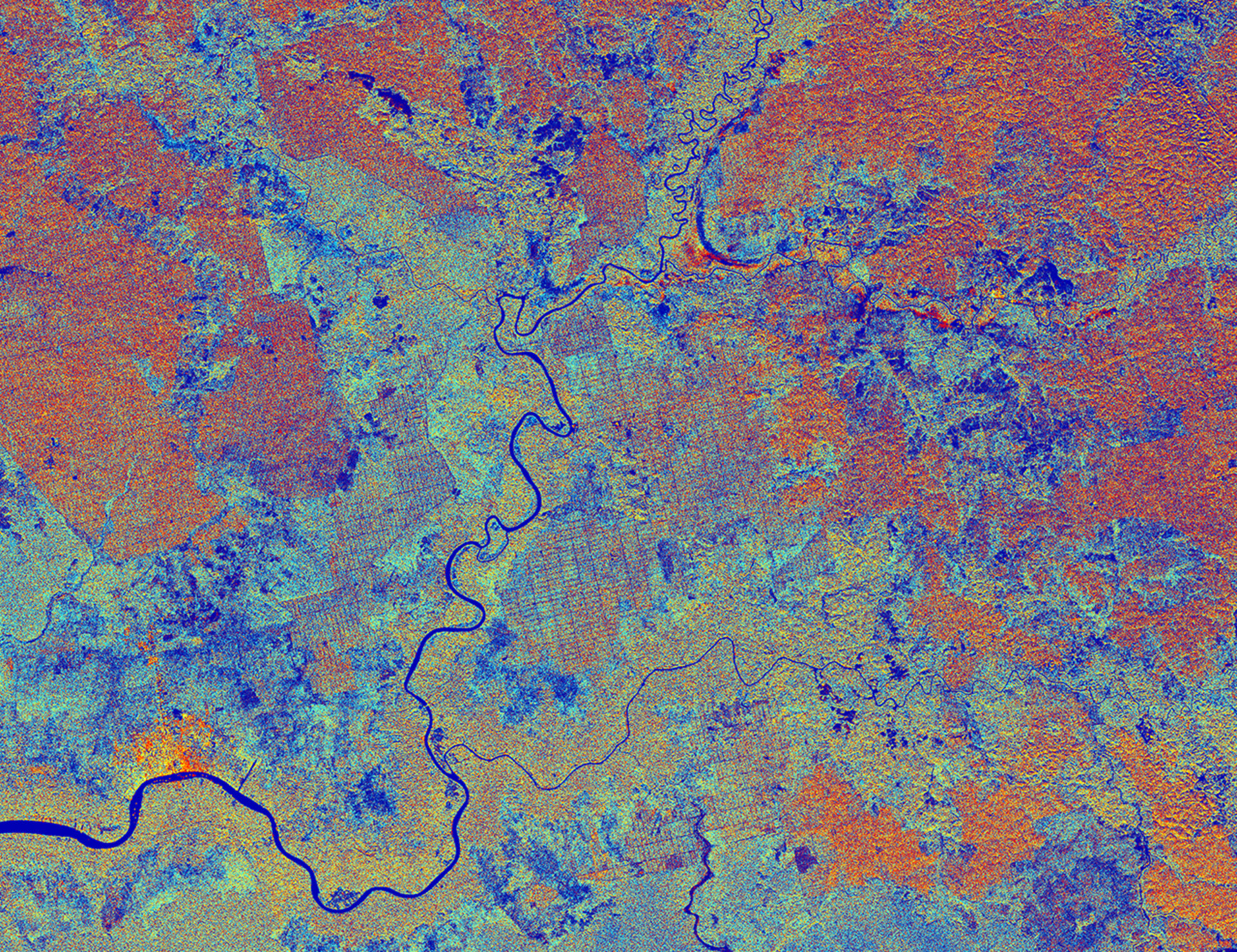 This image from Sentinel-1A’s radar brings us over Indonesia’s Central Kalimantan province on the island of Borneo.

Surrounded by the South China Sea, Borneo was once part of mainland Asia, but rising sea levels following the end of the last Ice Age submerged the surrounding low-lying areas. Its rainforest is among the oldest and most diverse in the world, and home to a variety of plant and animal species, including the Borneo orangutan, Asian elephant and Sumatran rhinoceros.

Running through the image we can see the Sampit River, with the timber town and port of the same name located in the lower left. The surrounding area is dominated by peat swamp forest, where waterlogged soil prevents dead leaves and wood from fully decomposing, creating a layer of acidic peat over time.

This image was captured on 22 March by Sentinel-1A’s radar in Interferometric Wide swath mode and in ‘dual polarisation’ horizontal and vertical radar pulses. Different colours show different types of land cover, such as dark blue for the water. Varying tones of the same colour represent a difference in the state of land cover, such as the varying shades of orange of the planted areas showing younger versus older vegetation.

Borneo’s natural resources have tremendous social and economic value at local, national and global levels. But the island has experienced extreme deforestation in recent decades through logging, plantation development, mining and forest fires.

Satellites can be used to monitor the impact of these activities, and assist in sustainable development.