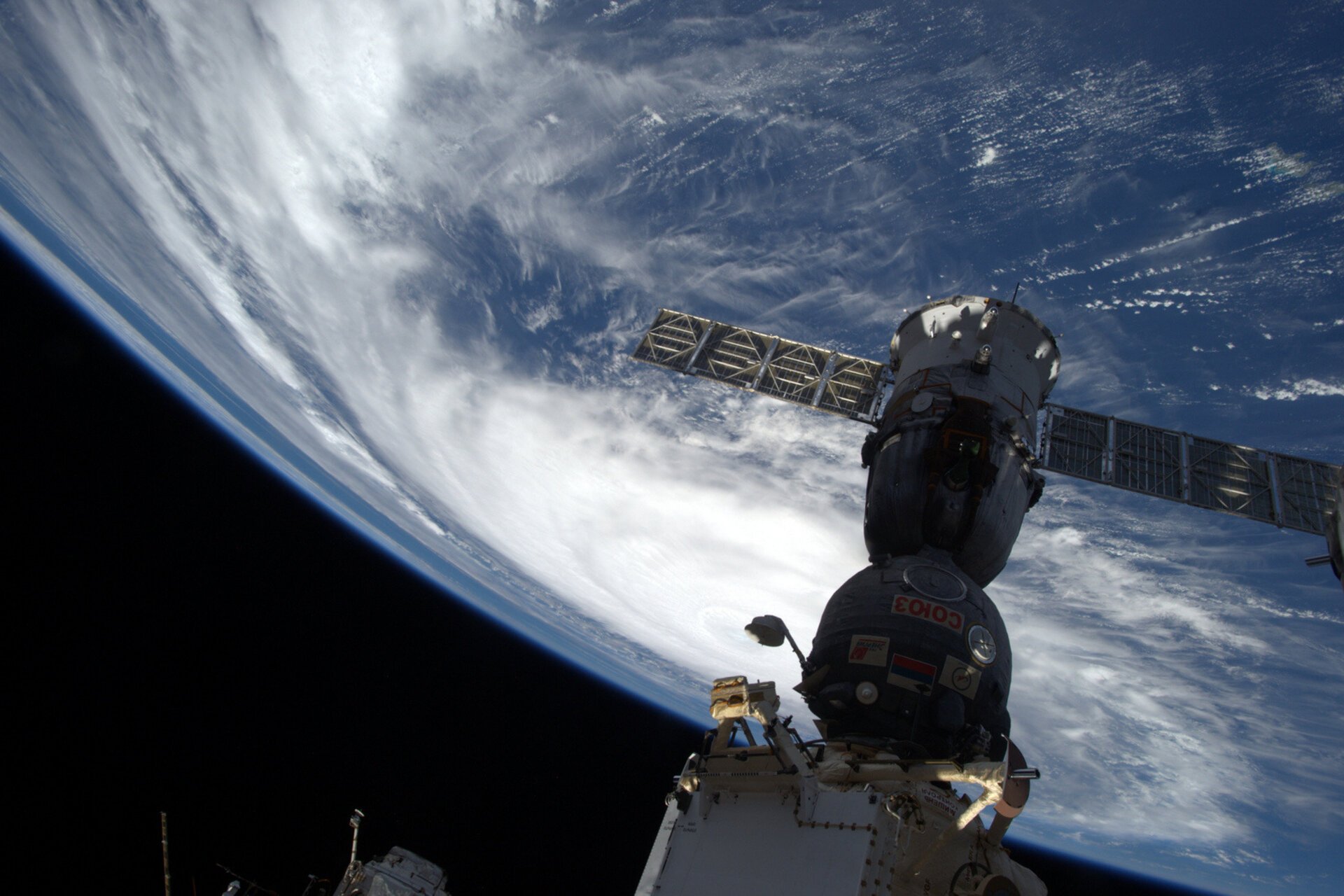 Not much remains of the craft after it lands on the Kazakh steppe some three hours after leaving the Space Station. The vessel separates into three modules, with only the middle one designed to survive the extreme heat and forces of reentry. The sections sporting the solar wings, symbols and antennas burn up harmlessly in the atmosphere.

Samantha shared this image with the comment: “We passed over this impressive typhoon last night, to the south of Japan...”